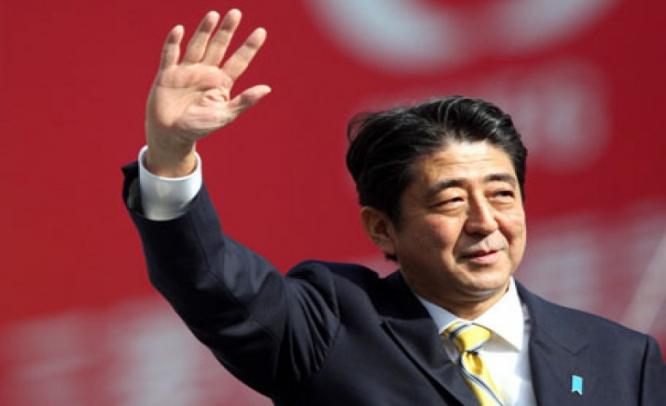 Japan’s Central Bank ended a two day policy meeting on Tuesday and pledged to persist with its aggressive monetary easing policies aimed at ending deflation. June 12,2013 : The Bank of Japan, has raised its assessment of the Japanese economy for the sixth straight month, due to a surge in exports and continued resilience in private consumption. Data which was released on Monday showed Japan’s current...

June 12,2013 : The Bank of Japan, has raised its assessment of the Japanese economy for the sixth straight month, due to a surge in exports and continued resilience in private consumption. Data which was released on Monday showed Japan’s current account surplus doubled to ¥ 750 million, or nearly $ 7.6 billion, far above market forecasts of $ 300 billion, as a weakened yen pushed up returns on overseas investments. Last year, Japan’s current account surplus had shrunk to a new low as a strong yen hurt exporters, and an energy shortfall had led to an increase in the costs of importing fuel. But a welcome drop in the yen, a consequence of the loose monetary policies has eased some of the pressure on balance of trade. However, the BoJ made no mention of any measures to ease volatility in the government bond market. Some analysts had been predicting that the Central bank would expand a low interest loan program for financial institutions under which they can get funds at an interest rate of 0.1 percent up to a year. In this article, International Finance Magazine gives a detailed report on the recovery of Japan, pros and cons of the highly debated Abenomics and the criticism of Abenomics.

The fresh data came as relief for investors who had become increasingly jittery over Japan’s recovery amid signs of an economic slowdown in China, a major trading partner, and amidst speculations that the U.S. Federal Reserve might soon start to scale back its stimulus. However, mediocre U.S. jobs numbers have eased concerns of a major rollback by the Fed. Immediately after the announcement by the Central bank in Tokyo, the yen strengthened to about 0.7 percent against the U.S. dollar while Nikkei futures dropped 1.6 percent. The Nikkei 225 stock average opened its afternoon session on June 10th, sharply lower, down by 1.5 percent, before clawing back losses. The latest numbers also provide welcome encouragement for Prime Minister Shinzo Abe and his efforts to reinvigorate Japan’s deflationary economy with a combination of economic overhauls and heavy monetary and fiscal stimulus. The so called Abenomics initially garnered a euphoric reception by the markets, and shares rose up by 80 percent.

“There isn’t much change in the trade balance trend, where the weak yen is boosting import costs” said Junko Nishioka, chief economist at RBS Securities, Japan. “Exports are recovering as overseas growth picks up, so that’s a positive sign”. He also opined that the growth in exports is not strong enough to offset the rising costs of imports. The latest data comes as volatile markets are casting a cloud over ‘Abenomics’, a policy for monetary and fiscal expansion aimed at ending years of entrenched deflation and economic stagnation. Bank lending has increased by 1.8 percent in May, the highest increase since August 2009, primarily as result of the ultra loose monetary policy adopted by Japan’s Central bank. Seijiro Takeshita, director of London based investment bank Mizuho International PLC, says the new measures are just what Japan needs to kick start the economy.

The Japanese economy grew at an annual rate of 4.1 percent in the first three months of the year. It was aided by strong household spending and increased activity in the housing market where developers are keen to break ground before an increase in Japan’s consumption tax, scheduled for next April. The Organisation for Economic Co-operation and Development (OECD) expects Japan to post a growth of 1.6 percent this year, higher than that of G-10 nations.

Abenomics is the name given to a suite of measures introduced by Japanese Prime Minister Shinzo Abe after his December 2012 re-election a post he last held in 2007. His aim was to revive the sluggish economy with the “three arrows” which included a massive fiscal stimulus, aggressive monetary easing from Central bank of Japan, and structural reforms to boost its competitiveness. The structural reform plans includes the decision to join the Trans Pacific Partnership (TPP), a proposed regional free trade agreement being negotiated among the United States, Canada, Australia, Brunei, Chile, Malaysia, Mexico, New Zealand, Peru, Singapore and Vietnam. Abe, has announced that Japan would seek to participate in the TPP negotiations.

However, critics argue by destabilizing markets and raising bond yields, it threatens to tip the Japanese government into bankruptcy. The second is the effect on its trade, Korea which competes directly with Japan in the export market is raising its concern over the devaluation of Japanese currency, which will affect them in the export market. The U.S. is less inclined to complain as it is a pioneer in the application of “unconventional monetary policy”. Goshi Hosono, leader of opposition, has urged the government to protect smaller companies, while charging that the Prime Minister was overlooking the risks of monetary easing and a weakened currency. The New York Times analyses the outcome of Abenomics in this way “ This plan is one of the world’s most audacious experiments in economic policy in recent memory which combines a flood of cheap cash ( doubling the supply in two years), traditional fiscal stimulus and deregulation of Japan’s notoriously ingrown corporate culture”.

Professor Seki Obata of Keio University has warned the people of Abenomics in his book titled “Reflation is dangerous”. One of the main points of his criticism is based on the understanding of his interest rate. He argues Abenomics may ultimately raise the interest rate of the Japanese Government Bond (JGB) and lowering the price of the bond. Since the government relies heavily on the bond to finance itself, the devalued bond detracts investors. It then triggers the danger of default.

Japanese corporations have not reinvested profits, due to the weak yen, back into the economy. Investment has fallen by 4.9 percent by the end of the first quarter of 2013. Corporate Japan is not in favor of Abenomics as they feel it is too risky and volatile, unless reforms are introduced. The effects of Abe’s policies will have a strong impact on the international arena, especially as the  world’s export led economies such as Germany and China are beginning to sound off warnings of a currency war otherwise known as competitive devaluation, where countries offer low exchange rates in order to boost demand for domestic industry. 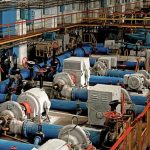 Uzbekistan: The Economics of Efficiency 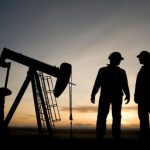