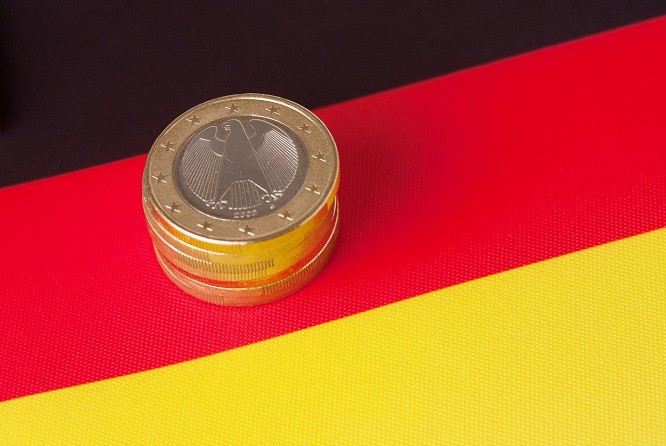 Upturn in Germany strengthens in spite of global economic risks

The German economy is already in the fifth year of a moderate upturn. According to the Gemeinschaftsdiagnose (GD, joint economic forecast) that was prepared by Germany’s five leading economic research institutes on behalf of the Federal Government, capacity utilization is gradually increasing, and aggregate production capacities are now likely to have slightly exceeded their normal utilisation levels. However, cyclical dynamics remain low compared to earlier periods of recoveries, as consumption expenditures, which do not exhibit strong fluctuations, have been the main driving force so far. In addition, net migration increases potential output, counteracting a stronger capacity tightening. “Gross Domestic Product (GDP) is expected to expand by 1.5 % (1.8 % adjusted for calendar effects) and 1.8 % in the next year. Unemployment is expected to fall to 6.1 % in 2016, to 5.7 % in 2017 and 5.4 % in 2018,” says Oliver Holtemöller, Head of the Department Macroeconomics and Vice President of the Halle Institute for Economic Research (IWH) – Member of the Leibniz Association. Inflation is expected to increase markedly over the forecast horizon. After an increase in consumer prices of only 0.5 % in 2016, the inflation rate is expected to rise to 1.8 % in 2017 and 1.7 % in 2018. The public budget surplus will reduce only modestly. Public finances are slightly stimulating economic activity in the current year and are cyclically neutral in the year ahead.

Global economic activity is expanding rapidly during spring 2017. The US economy has gained momentum since the previous summer, and both the euro zone and Japan have been on a moderate upturn for some time. In China, economic momentum also began to pick up since spring 2016, not least as a result of governmental stimulus measures.

Consumer prices have recently accelerated sharply in the advanced economies, mainly due to the fact that energy prices were significantly higher than a year earlier. Core inflation rates, which exclude energy and food prices, are still moderate.

Monetary policy in the advanced economies continues to diverge. In the US, the key interest rate has been raised in mid-March, with further increases to follow. In the euro area, the institutes do not expect interest rates to rise during the forecast period. However, bond purchases are likely to be phased out next year.

The effects of fiscal policy on global economic activity are likely to be low during this and the upcoming year.

Uncertainty about the economic policy framework is significant. The economic agenda of the new US government and its impact on the world economy is still unclear. On the one hand, the fiscal stimulus in the US could be significantly larger compared to this forecast. On the other hand, the US government has indicated to pursue a protectionist agenda whose implementation would have a negative impact on global trade and production. Political developments and their impacts are also difficult to predict in Europe, where, among others, the course of the Brexit negotiations remains unclear.

The German economy is already in the fifth year of a moderate upturn. Overall economic capacity utilisation is gradually increasing. However, cyclical dynamics remain low compared to earlier periods of economic recoveries. This is primarily due to the fact that the recovery has so far been more strongly driven by the expansion of consumption expenditures, which show lower cyclical fluctuations compared to investment expenditures and foreign trade. The fact that the consumption-driven upswing seems to stimulate industrial production less strongly can be regarded as one of the reasons for the very cautiously expansion of corporate investment expenditures so far.

At the same time, output gap estimates and surveys among companies suggest the aggregate production capacity utilisation in the manufacturing, the construction and the service sector are now likely to have slightly exceeded their normal levels. By increasing the potential production, net migration has so far limited capacity constraints.

In the first quarter of 2017, German economic activity should have picked up again. Industrial production in January and February on average exceed its level of the final quarter of 2016, while the expansion of the construction industry at the beginning of the year has been exceptionally strong. All things considered, GDP is expected to expand by 1.5 % this year and by 1.8 % next year. Hence, the institutes raise their assessment of the state of the economy compared to last autumn. The reduction of the annual growth rate in 2017 compared to the previous year (1.9 %) is only due to a lower number of working days. Adjusted for working days, GDP growth is 1.8 % in 2017. The 68-percent forecast interval ranges from 0.8 % to 2.2 % for this year and from-0.3 % to 3.9 % for the coming year.

Private consumption expenditures will expand less markedly during the forecast period. On the other hand, exports are gaining momentum. Their dynamics benefit from an improved global economic environment and the depreciation of the euro. Investment spending should again contribute more to the increase in economic activity. Construction investment will increase at a similar rate as in the previous year, while investment in equipment is expected to expand at gradually increasing rates. Nonetheless, its dynamics will be well below the rise in earlier periods of expansion.

Economic development is likely to continue to be accompanied by strong employment dynamics during the forecast period. The unemployment rate is expected to decline from 6.1 % in 2016 to 5.7 % in 2017 and 5.4 % in 2018.

The public budget surplus is expected to decline from 24 billion euros in the previous year to 19 billion (0.6 % in relation to gross domestic product) and 17 billion euros (0.5 %) in the upcoming year. Public finances are slightly stimulating economic activity in the current year and are cyclically neutral in the next year.

Over the entire forecast period, monetary policy in the euro area remains a factor that could stimulate economic activity more than it is assumed in this forecast. The German economy could also expand more strongly than predicted if the euro depreciates further in the course of monetary policy tightening in the US.

However, US economic policy also possesses downside risks for Germany. These arise mainly from the announcements of a more protectionist trade policy.

Corporate investment expenditures in Germany continue to remain subdued. Domestic investment is lagging far behind the savings of the economy as a whole, implying large scale capital outflows that are reflected in the current account balance. Economic policy should improve the framework for private domestic investment. The upward trend of the tax burden has continued. Tax revenues in relation to gross domestic product now exceed 40 % and will continue to rise, partly due to progressive income taxation. In the medium term, population aging will drive up pension scheme contributions. It is high time that economic policy puts its focus on the long term, limits the increase in the tax burden and strengthens investment expenditures, especially in education, through budgetary shifts. 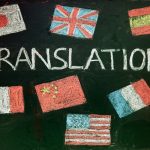 Transfluent opens crowdfunding round on Invesdor 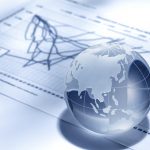