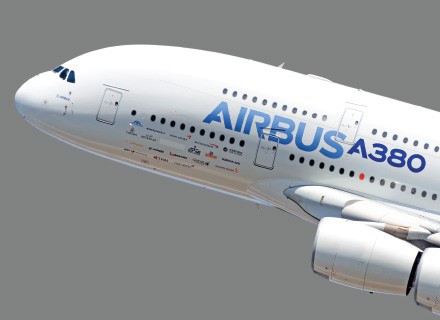 The world's largest aircraft has a successful test flight fueled by cooking oil and grease.

The colossus of the skies, A-380, successfully hit the clouds powered by cooking oil.

The fuel used is called Sustainable Aviation Fuel (SAF) and is made by blending cooking oil and greases. The test flight that began from Blagnac Airport in Toulouse was three hours long, and the airplane soared on a single Rolls Royce Trent 900 engine.

A second test flight on March 29 had the A-380 fly from Toulouse to Nice on the same fuel. This trial monitored the SAF performance during take-off and landing.

TotalEnergies, a French company based in Normandy, provided the fuel for the flights. Sustainable aviation fuels combine sulfur- and aromatics-free Hydro treated Fatty Acid and esters.

Airbus, in a statement, recorded that they have been testing SAF-powered flights for a year. Two other flights, A-319 and A-350, had test flights in 2021. A-380 can currently operate with a 50-50 mix of SAF and kerosene. The company aims to certify all its planes for SAF use by 2030.

Airbus also proclaimed that SAF utilization is the key to achieving a net-zero carbon emission by 2050. The aviation industry’s carbon emissions will reduce by 53 to 71% if SAF is mass adopted. Airbus hopes to market the world’s first zero-emission aircraft by 2035.

SAF is a product that claims carbon neutrality through the absorption of C02 during the cultivation of its organic ingredients. Certain airlines already use them, but it has failed to win mass appeal as an alternative fuel due to their high costs.

The A-380 is the largest aircraft model, but it has seen a dip in popularity. The behemoth has low fuel efficiency compared to a modern aircraft. The Dubai-based carrier Emirates ordered the last A-380 Airbus in 2021. Many airlines are seeking more time to integrate this giant into their fleets.

Recently, Airbus announced it would utilize the A-380 for an experimental hydrogen engine to make aviation eco-friendly and sustainable.

Visionaries in Europe
Long-distance electric transport seems like a distant dream. For the past decade, engineers have been experimenting to see if renewable fuel from used cooking oil could give us an upper hand in our fight against climate change. Since 2017, some flights leaving Geneva airport have been flying on cooking oil mixed with kerosene. Matti Lievoneen, CEO of Neste, a Finnish company that sells fuel, said that the passengers couldn’t tell the difference as the planes were smooth and engine performance improved.

The Finnish company claims its product is less polluting than fossil diesel. They claim that it has 40% less particulate matter and 10% less Nitrogen Oxide. If used unadulterated, the product emits 90% less carbon.

Renewable diesel is also known as biodiesel, though there is a fundamental difference. Vegetable oil and waste fats synthesis produce biodiesel and renewable fuels. However, biodiesel can only be mixed to a certain degree with regular diesel before engine modification. Renewable diesel works well without engine modifications, and existing fleets can use it without any alterations.

The process isn’t completely free of controversy. The fats for the fuel are collected from slaughterhouses, and animal husbandry causes over 20% of global methane production. The cooking oil comes from the palm oil industry, notorious for large-scale deforestation.

Stiff Chinese competition
In 2017, Hainan Airlines flight 497 left an airstrip in Beijing for Chicago. It, too, flew using biological aviation fuel made from cooking oil. Flight 497 was the first China-US flight to use green aviation fuel. The Boeing 787 Dreamliner arrived at Chicago’s O’Hare International airport after flying 11,297 kilometers.

Chinese innovation is quickly catching up with its American and European counterparts. The fuel was made from waste kitchen oil in restaurants. Sinopec had shuttled a domestic bio-fueled flight in March 2015.

Cooking oil to jet fuel
Aviation accounts for about 2% of global emissions. Biojet commercial development manager at Air BP, Tom Parsons, agrees that it isn’t much, but he believes the aviation industry will contribute 3% by 2050 without intervention.

The International Air Transport Association is targeting 50% in carbon emissions by 2050. Parson believes this is a hard-to-reach goal. He added that it is difficult to electrify planes as you can’t carry enough battery weight to get those planes off the ground at this point. It explains why cars turn electric while planes are still looking for alternative fuels.

Until recently, restaurant oil waste was dumped in landfills where it decomposed and emitted methane – a greenhouse gas. Consequently, this negatively affected the environment. Recycling leftover cooking oil and turning it into jet fuel is a sustainable practice.

Tankers first collect used cooking oil from restaurants, food processors, and home kitchens. All sorts of cooking oil can be used, such as vegetable, canola, soy, or animal fats. The home cooking oil is first stored in its original container and moved to a biodiesel collection center.

The American Society for Testing and Materials (ASTM) defines biodiesel as a fuel made of mono-alkyl esters of long-chain fatty acids derived from vegetable oils or animal fats.

The collection is followed by refinement. Used cooking oil has impurities like meat scraps, water, bread crumbs, and other remnants. These are filtered out.

Cooking oil is high in free fatty acids (FFA), which break down molecules under high heat. The fatty acid particles break away from the molecule and start floating freely. They are pretreated before conversion into biodiesel.

Transesterification is the process that turns cooking oil into safe fuel. It is a simple process that combines an ester with alcohol. In biodiesel preparation, the “ester” is cooking oil. It is combined with methyl alcohol, and a small amount of sodium chloride is added as a catalyst, and a reaction sets in.

The byproducts are methyl ester, also known as biodiesel, and glycerin. The glycerin is separated for use in cosmetics, cleaning products, and pharmaceuticals, while biodiesel finds use in aviation, machinery, farm equipment, and more.

Tom Parson believes that cooking oil is only one among many available alternatives. He said it is possible to convert solid household waste into fuel and turn excess renewable energy into liquid fuels.

Tom Parson iterated that no single technology will be enough in the battle against climate change and that we will need a host of ideas to achieve our goals.

Airbus revolutionizing aviation with hydrogen
Airbus leads the designing, production, and delivery of aerospace products and services to customers worldwide.

The company has over 130,000 employees and is the largest aeronautics and space company in Europe. For decades, Airbus has been the pack leader in the aviation industry and has designed many innovations for commercial aircraft. They have a deep understanding of the market and have a consumer-centric approach to technological innovation. Airbus also manufactures helicopters, defense, security, and space segments.

The jumbo jet manufacturer will establish a hydrogen technology research center in the UK to accelerate its zero-emission aircraft vision by 2035. The new research center will open in the aerospace firm’s Filton facility focusing on cost-competitive cryogenic fuel systems. Airbus claimed that the technological development for the new center has already begun and will explore a range of capabilities from complete systems to components and cryogenic testing.

The UK operation concentrates on end-to-end fuel system development, and the resulting equipment is essential to hydrogen-run aircraft. It will initiate fully functional hydrogen tank ground testing in 2023 and start flight testing in 2026.

On May 25 in London, Airbus Chief Executive Guillaume Faury said that the first fully decarbonized hydrogen aircraft, the high-speed Lockheed Sr-71 that he saw in Washington, was an inspiring innovation.

The American team achieved so much in so little time that Faury said that Airbus would make its hydrogen plane. The chief executive was convinced that the plane manufacturer could produce a zero-emission product by 2035. 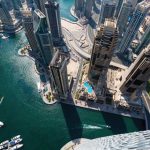 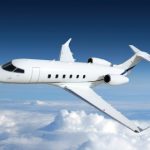 Why private jet usage is soaring