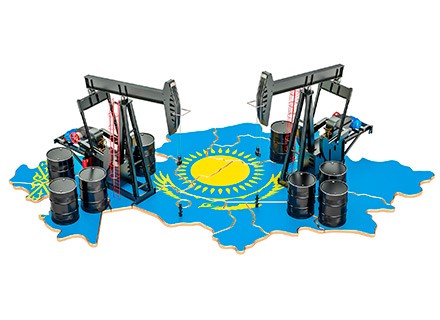 Kazakhstan—the country, where entrepreneurship was unwelcomed, several years ago, is now reorienting its economy by streaming into cryptocurrency and fintech, as a measure to mitigate sinking oil prices

Once known to be an extractive economy, it is clear that 70% of Kazakhstan’s overall domestic produce came from the trade of natural resources, including oil, gas and uranium. But, in the wake of low crude prices; and rising renewable energy sources and non-fossil fuel alternatives have weathered the country’s economic conditions to the point where the Government of Kazakhstan is foraying into big businesses, particularly in the field of technology and finance.

Last year, Kazakh President Nursultan Nazarbayev cited the idea of a global cryptocurrency system such as bitcoin to break the evolution of ‘black-marketeering, volatility and pilfering of currency’ in the country. Kazakhstan’s step toward a greater transformation has pronounced the significance of cryptocurrency—which is perceived to become its economic driving force in the coming years.

Launched in January, the Astana International Financial Centre (AIFC), in Astana, is a framework for Central Asia, has established a working group with Deloitte and Waves, a Russiabased crowdfunding platform. Last year, a Deloitte report mentioned “AIFC aims to become a most favourable FinTech jurisdiction with an open ecosystem and the most progressive regulating framework,” for the sake of transforming Kazakhstan into the region’s leading financial center. 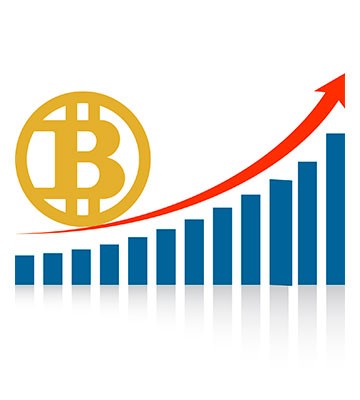 The report quoted Nurlan Kussainov, CEO of AIFC Authority: “In the next phase of the project, our working team will be looking at widening the participation to include other industry stakeholders.” It is the biggest blockchain project in Kazakhstan as yet: “Kazakhstan became the second country in the world, after Japan, which recognised the need for the development of the cryptocurrency market system at the governmental level,” Natalia Sheiko, partner of Kesarev Consulting said.

Recently, Yandex, a multinational corporation specialised in Internetrelated services and products conducted a study on topics that have played a huge role in digital currency. The study as reported on Bitcoin.com showed that Kazakhstanis are actively tracking words associated with cryptocurrency. The search term bitcoin was asked “7 times more than in early 2017.” It seems, “in early 2018, Kazakhstan residents made about 15 times more requests with this word [cryptocurrency] than in the same period of 2017,” as users frequently search for courses in cryptocurrency, cryptomining, or crypto exchanges.

Deloitte’s Director of Legal Services for Technology Projects, Artem Tolkachev emphasised that creating a functional environment for blockchain ‘is important for all economies’, and some of the best practices can be implemented for building a dynamic framework in Kazakhstan. A year ago, the National Bank of Kazakhstan disclosed plans about bonds issuance supported by an app to carry out transactions on blockchain. “We are very interested in blockchain technology as a financial instrument, and all the opportunities that blockchain has to offer,” AIFA Chief Economist Baur Bektemirov told OZY magazine.

Being an independent legal framework, AIFC has become a ‘fintech regulatory sandbox’ to lure foreign investors and help companies innovate in the country. Last fall, they signed a deal of cooperation with Maltese firm Exante with a focus to develop the Kazakh digital asset market.

But the Blockchain and Cryptocurrency Association firmly believes: the country has lost a significant time frame in blockchain. This isn’t a perceived skepticism. “We think we are late already in implementing blockchain technology,” Yesset Butin, chairman of the Association confined. And Butin does have a point about his country’s slow transition in cryptocurrency market: “If we don’t do it now, we will be too late and we will lose our possibilities and our advantages in this technology.”

Of course, in the past, the government had hostile views toward encouraging digital currencies in the country. Now, considering the national currency is being at an all-time low has opened up new avenues in not only developing a cryptocurrency framework, but it is also empowering fintechs as a legal support system for the country.

The present-day Kazakhstan houses top-ranking officials and businessmen, who have received education through the Bolashak state; and many of them are IVY League graduates. It seems, the country has come to the realisation to create a more agile business environment in order to stabilise the currency value—as an ultimatum after the decline of its several resources.

So far, Kazakhstan has had the best e-government, even much advanced than Russia, reported Bitcoin.com. The country between 2015 and 2016 was among the fastest growing economies in the world, observed the Doing Business Index. However, despite the growing fondness for cryptocurrency, a number of banks are not fully prepared to introduce cryptocurrency-based systems on blockchain into their payment systems.

That said, Bektemirov is still positive to evolve Kazakhstan’s favourable business climate in the region in order to explore new uses for blockchain. In fact, Kazakhstan’s weather as minus 40 degrees Fahrenheit is an exemplar of how the country is best-suited for mining farms. “In the mining of cryptocurrencies, you use a lot of processing powers, so the computers heat up very quickly and you have to use more power to cool them down,” Alexey Sidorov, CEO of companies that offer alternative lending plans for the financially underrepresented said. “With countries like Russia and Kazakhstan, you don’t have to cool down the [mining farm]. You just open a window and get free cooling.”

Yet. All the national attempts to reinforce entrepreneurial incubators in Astana; government plans to digitise data; and sectors’ efforts to implement blockchain in transactions, which are crucial to a functional economy will result in a futile environment—incapable of producing substantive results—if the country lacks potent legal framework in cryptocurrencies. And it’s not just that. Improper regulations can have cryptocurrencies turn into a rebel.

Nazarbayev speaking at a plenary session of the Global Challenges Summit 2018 urged nations to understand the disintegrated nature of cryptocurrency framework globally: “We see completely separate actions of states in this issue. And these disparate actions will lead to inefficiency. It is necessary to start developing common rules.” For this reason, several countries including Kazakhstan have already started to explore ‘the possibility of adapting cryptocurrency to the current configuration of financial systems’, without which experts say it will annihilate smart investment opportunities in the future. 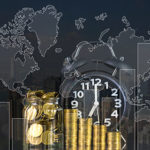 Sukuk spread its wings to Africa 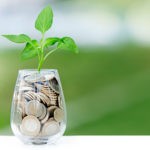 The Green Reaper: How to Responibly Multiply Your Assets