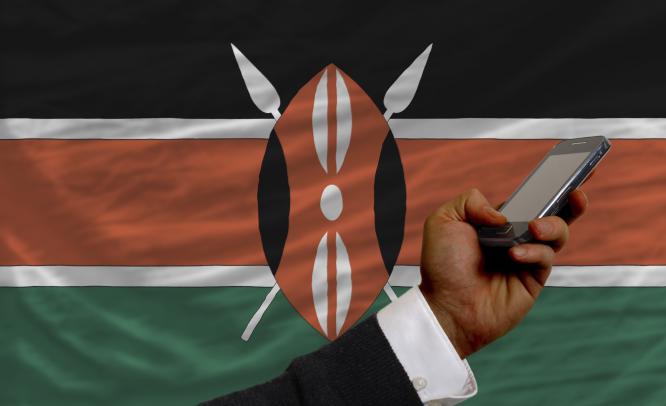 From price wars, buy outs to intrigues over thin SIM technology. Has the telecom sector finally come of age? Amoxers Wachira October 6, 2014: Over the last few months , Kenya’s telecom sector has been buzzing with activity. From mobile network operators  taking their price wars to court, to cut throat competition, which has prompted some operators to fold up, to a protracted battle opposing...

From price wars, buy outs to intrigues over thin SIM technology. Has the telecom sector finally come of age?

October 6, 2014: Over the last few months , Kenya’s telecom sector has been buzzing with activity. From mobile network operators  taking their price wars to court, to cut throat competition, which has prompted some operators to fold up, to a protracted battle opposing the entry of mobile virtual network operators (MVNOs) into the telecom space, it is a scene that experts believe signals the coming of age of the industry.

In March this year, Safaricom, Kenya’s largest mobile network operator by market share, teamed up with Airtel Kenya to split the assets of yuMobile, as the Essar-owned telecom prepares to exit the Kenyan market in the face of losses.

Essar, which operates under the yuMobile brand, launched operations in 2008 and has 2.55 million subscribers. Its exit leaves Kenya with only three telecoms operators — Safaricom, Airtel and Telkom’s Kenya Orange.

In the resulting deal, Safaricom, famed for its trail blazing money transfer service M-Pesa, will take over yuMobile’s infrastructure. On the other hand, Airtel will absorb former yuMobile customers to add to its market share and solidify its place as the second largest telecom company in the country with its subscribers rising to 8.2 million, up from 5.5 million.

The last few months have also seen speculation rise over a possible exit of yet another telco, Orange Telkom, which is said to be on an exodus from unprofitable markets in Africa. This trend has raised questions about the viability of the Kenyan market to foreign investors.

In a February 2014, in a report named ‘The outlook of Africa’s telecom market’, audit firm Deloitte noted that consolidation is set to become commonplace in Africa as the continent follows a growth pattern established in the developed world.

Competition in the telecommunication sector has been common in this sector the world over. But the recent entry into this space by mobile virtual network operators (MVNOs) is perhaps what has rattled the Kenyan market most.

Earlier this week, industry regulator Communication Authority (CA) gave Equity bank, the largest bank in the country by number of accounts, the green light to operate thin SIM technology for one year following investigations that the thin SIM does not pose any threat to the user. The move, which ended months of speculation and anxiety over whether MVNOs will be given a chance in the country, has faced massive opposition from mobile network operators like Safaricom.

Equity bank successfully sought an MVNO license in March through its subsidiary Finserve Africa. It intends to ride the MVNO on Airtel Kenya’s infrastructure.

While making the announcement, CA said it will only allow one firm, Taiwan-based SIM manufacturer Taisys Technologies, to supply the SIMs during the one-year period.

“The authority will allow the use of thin SIM technology under strict observation for a period of one year. During this period, only Taisys thin SIM will operate in the Kenyan market,” CA chairman Ngene Gituku said during a press conference.

The SIM in contention is paper-thin and is embedded with a chip. Users overlay it on their primary SIM card regardless of the network, and can subsequently receive services from two mobile service providers simultaneously.

“It would compromise the security of the M-Pesa system and consequently expose our 19 million M-Pesa subscribers to irreparable harm,” said Safaricom chief executive Bob Collymore after the bank was granted a licence.

However, the regulator maintains that the thin SIM complies with all minimum mandatory international standards and that no major complaint, especially on interception of traffic of the primary SIM card, has been reported so far.

After successfully surmounting that hurdle, the next task for the bank would be to seek a licence from another regulator, Central Bank of Kenya, if it intends to offer money transfer services.

But it appears the bank is not yet out of the woods. CA warned that if any vulnerability is discovered from the use of Taisy’s thin SIM card, operations of the thin SIM will be stopped in the Kenyan market pending final recommendations of the security report.

Apart from Equity Bank, three other firms have applied for MVNO licences. These are ZionCell Kenya Limited, Mobile Pay Limited and national carrier Kenya Airways, which will also be hosted by Airtel Kenya.

Of the three licensed MVNOs, it’s Finserve which has expressed interest in carrying out mobile money transfer services by utilising the thin SIM (or overlay SIM) technology, a move that was immediately contested by Safaricom claiming that this can interrupt and intercept communication in the primary SIM card. Safaricom further claimed that dual use of the overlay SIM may introduce vulnerabilities in the network and also infringe on intellectual property rights.

However, while making the announcement, the CA chair stated that “this complaint was considered by the Authority in coordination with the CBK, as the regulator of mobile money transfer services.”

“The two regulators engaged both Safaricom and Finserve for separate hearings on this matter. The regulators also sought representations from Taisys SIMoME as well as GSMA. The Authority also benchmarked with various standards organisations and regulators, who supported the intended use of the technology in Kenya,” stated Gituku.

Equity MVNO intends to link all its banking services to the mobile phone accounts, where customers can apply for loans, move money to and from their bank accounts, pay bills as well as carry out trans-border transactions from their mobile phone.

Will competition make or break the industry, especially now that nontraditional telecoms are coming into the scene? “The operators will probably not compete on voice pricing but will try to get a niche market, meaning they might offer lower tariffs than incumbent mobile network operators (MNOs),” says Nairobi based ICT expert Muriuki Mureithi who is a lead consultant at Summit Strategies Kenya.

“We are not competing with telcos, the space is too big,” Equity Bank Group chief executive officer Dr. James Mwangi told investors on the progress of the roll out of the MVNO in Nairobi on May 26.

Mwangi said that Airtel had opened up 60 per cent of its excess capacity to facilitate the bank’s telecom wing. The bank said that it would issue its 8.7 million customers with SIM cards in a move that is largely viewed as eyeing a piece of the fast-growing cell phone-based financial services, including Safaricom’s M-Pesa, which will give them access to mobile banking and other telecommunication services.

The entry of Equity Bank is seen as a game changer in the industry. With the bank having already announced rock bottom money transfer fees and cheap instant loans, the sector is set to open up to even more competition.

Mobile money transfer fees will be charged at one per cent the value of a transaction and capped at Sh25.

Instant loans will also be extended to customers at a maximum rate of two per cent a month, he said

The bank said it plans to initially convert its nine million customers before marketing the product to new customers, by issuing them with new SIM cards for the MVNO that can operate alongside conventional SIMs.

As the regulator has previously indicated that the local market cannot support many operators, the entry by MVNOs is seen as a welcome move. In 2012, CA director general Francis Wangusi said the country would not license a Vietnamese mobile operator for fear it would reduce profitability of existing players.

Is MVNO technology the better option for consumers?

Even before the dust has settled, a parliamentary committee has stopped the use of Equity’s thin SIM for money transfer until experts can verify that the system cannot be tampered with.

Kenya’s National Assembly Committee on Energy, Information and Communications said it would appoint a team to work with experts to ascertain the safety of the system.

For consumers, a rise in the number of mobile network operators in the market will increase their options and perhaps lower tariffs.

According to Mr. Muriuki Mureithi, MVNOs can complicate the situation in the market, though they can exist without destroying the MNO market.

Despite these intrigues in the Kenyan market, analysts from America’s NBT Equities research firm say that overlay SIM cards have been operational in over 50 countries globally, and might rise to more than 200 in the near future.

The local market is yet to cross into maturity, given the low penetration of broadband. However, a recent development in undersea data connectivity has boosted internet penetration in the country. Kenya’s telecom market has had great potential as both fixed and mobile markets remain partly untapped.

The year 2004 saw significant changes in the country’s telecom industry, with the incumbent operator Telkom Kenya losing its monopoly in the fixed-line and internationals bandwidth sectors to newcomer Safaricom. Licenses were also issued to a third mobile operator, Celtel (which later changed to Zain, then Bharti Airtel) and several new data carriers, thereby marking a significant change in the competitive landscape for telecom services across the country.

The last few years have seen rapid growth due to new players entering the market, the introduction of 3G services by the telecom operators and, recently, duty being waived on new mobile handsets and the allowance of number portability.

The number of operators providing mobile services in Kenya has now increased to four and with improving mobile infrastructure there is coverage in all major towns in the country.

Safaricom still dominate the market with a market share of 79% and the number of subscribers has risen significantly over the years. Safaricom currently believe that they are being targeted by new competition rules, which were introduced by regulators to safeguard against abuse of their market dominance.

The other market players welcome the rules as an attempt to monitor market segments where there is a monopolistic situation and no form of price control, especially around money transfer.

Safaricom was the first operator to launch GSM-based mobile service in Kenya in 1999. It has more recently launched voice SMS, mobile advertising and missed call alert. The majority of its shares are owned by Vodafone Kenya. In 2008, it introduced 3G services. 3G enabled handsets help users in connecting to a range of services such as internet access, e-mail communication and access to calendars and other multimedia services.

The Fair Competition and Equality of Treatment regulations, part of the Kenya Communications Regulations of 2010, require dominant players in the industry to report to the regulator before revising pricing. This has seen mixed reactions from operators, in particular Safaricom, which has termed the rules unfair, but other operators feel the regulations would oversee further growth in the sector.

Kenya’s mobile market experienced rapid growth throughout the last decade and is forecast to grow even further over the next five years through the expansion in its mobile data services, especially around mobile banking.

By the end of 2014, the total number of mobile subscribers is predicted to rise from the current 24.6 million to 33.2 million, achieving a penetration rate of 79 percent.

With the entrance of new players in the form of MVNOs, the telecommunication landscape in Kenya is set for a major shakeup. Even as industry players and regulators grapple with issues around the thin SIM, the end user still contends with high calling rates. 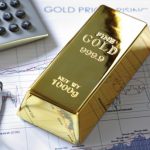 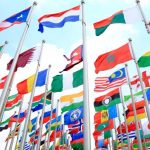