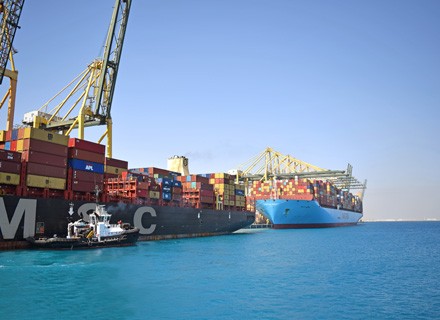 In addition to the double-digit growth in container and bulk traffic, the port has witnessed an increase in capabilities and enhanced its contributions to the Saudi economy and Vision 2030 objectives.

For King Abdullah Port, one of the fastest-growing ports in the world and a key driver of Saudi Arabia’s maritime ambitions, 2021 marked another year of outstanding success, as it achieved double-digit growth in container and bulk traffic besides enhancing its capabilities and winning multiple global recognitions amid the challenging circumstances worldwide.

The port also improved its facilities and infrastructure in addition to strengthening its contributions to the Saudi Economy.

One of the most significant achievements in 2021 was the increase of 31% in container throughput and a 15% growth in bulk and general cargo handling, making it one of the most successful ports in the world.

The high volumes handled by the port highlight its growing operational capabilities and the strength of the Saudi economy while also demonstrating the Kingdom’s growing prominence as a global maritime hub.

In addition to maintaining its consistently strong performance, the port was also able to leverage the recent additions to its facilities as part of its strategic expansion plans. With its capacity raised to 5.5 million TEU, the port has expanded its reach to the most important trade hubs in the region and the world.
The port also demonstrated its exceptional capabilities as well as its ongoing efforts to support the growth and development of the Kingdom’s travel and tourism sector by receiving MSC Bellissima, the largest cruise ship ever to visit Saudi Arabia.

Innovative services
In 2021, King Abdullah Port launched various innovative technologies and solutions aimed at providing its customers with efficient services. The port launched a new international in-transit cargo service supported by inland transportation between Saudi Arabia and the GCC countries, which reduced the lead-time from the port to various GCC countries from 13-16 days by sea to 4-6 days by land and lowered the costs significantly.

Implemented with the support of the various government agencies, the service includes a three-hour streamlined process from the arrival of cargo at the port to its dispatch to the final destination, making it an ideal choice for traders and freight forwarders looking to improve cost-efficiencies.

It signed an agreement with Al Salem Johnson Controls (YORK) for technical support to establish a marine office and associated facilities to offer vessel maintenance and repair services at the port.

A number of financial benefits are available to importers and exporters at BRZ, including substantial discounts on fines for delayed container removal and renewable unlimited storage. The zone provides flexibility in exporting goods to various destinations while allowing local importers to pay customs duties only on goods entering the local market.

In a major development, the world’s leading integrated container logistics company Maersk added King Abdullah Port as its new port of call for its ME4 Westbound service (the Middle East to Europe) in March 2022. With this, Maersk aims to serve its customers better by bringing an ocean service closer to its 100,000 m2 non-bonded warehouse located at the Port.

The new ME4 Westbound service call will ensure that Saudi Arabian petrochemical exporters have access to more options to move their cargo to the Mediterranean, North African, and Latin American markets.

One of the most important projects launched was the facility for Almarai, the region’s leading dairy manufacturer that opted to make King Abdullah Port the base of its operations in Saudi Arabia and the region. The state-of-the-art facility with its advanced machinery and technology has been an important addition to King Abdullah Port’s capabilities, reinforcing the port’s standing as a leading provider of comprehensive logistics solutions and a reliable partner of the Kingdom’s private and public sectors.

Moreover, the port also reached an agreement to handle all imports of soya and corn for Tanmiah Food Company. As part of the agreement, AMSteel, the port’s terminal operator, will provide a store-to-door service, enabling the port to handle Tanmiah’s vessels, store their agricultural products and transport them to the company’s farms in Jeddah and Riyadh. The arrangement makes use of the port’s comprehensive facilities for the storage and transportation of time-sensitive, perishable commodities.

Sustainability commitment
King Abdullah Port continued to deliver on its sustainability commitment in addition to its stellar business performance in 2021. It announced the launch of an extensive landscaping project as part of its contributions to the Saudi Green Initiative (SGI). Organized under the port’s social responsibility program and aiming-with a target to plant over 40,000 trees and plants over three years across a 30,000 m2 area within the port, the project aims to deliver multiple environmental, health, social, and economic advantages to the community.

The port also supported the 2021 edition of Seatrade Maritime Middle East – its third consecutive year of sponsorship – in line with its commitment to playing a pivotal role in the growth and development of the region’s ports and maritime sectors.

Recognitions and achievements
The port also won several recognitions and improved its position in various global lists and indices in 2021. It ranked second among the most efficient container ports in the world, according to the Container Port Performance Index for the year 2020 published by The World Bank and IHS Markit, becoming the only port in the MENA region to make it to the top list. The port improved its ranking to 84 in the 2021 edition of the prestigious Lloyd’s List One Hundred Ports, moving up three spots from its previous position. It was also named the Middle East’s fastest-growing port during the first quarter of 2021 by Alphaliner, the global maritime data originator.

The 18th edition of the Seatrade Maritime Awards Middle East, Indian Subcontinent, and Africa honoured King Abdullah Port with the ‘Outstanding Achievement Award 2021’ in recognition of its stellar achievements amid uncertain market conditions worldwide. The port was also a finalist in the ‘The Port of the Year’ category of the Maritime Standards Award 2021.

Robust outlook for 2022
Established in 2010 as the first privately-owned, developed, and operated port in the region, King Abdullah Port is now at the forefront of the leading ports in the world. It has also been actively contributing to the diversification of Saudi Arabia’s economy, in addition to supporting the Kingdom’s growth as a globally competitive trade and logistics hub in line with the objectives of Saudi Vision 2030 and the National Transport and Logistics Strategy.

As part of the Saudi Vision 2030 goals to develop Saudi seaports and strengthen the Kingdom’s position as a global hub of transportation and logistics, King Abdullah Port is undergoing rapid transformations in terms of facilities and connectivity. PDC aims to transform the port into the largest in the Middle East region with the capacity to handle 25 million TEU annually. The port has set its sights on stronger growth in 2022 by further enhancing its cargo handling volumes and transshipment volumes opportunities and attracting more shipping lines.

This strategy appears to be paying dividends; in its latest remarkable milestone, King Abdullah Port was recently recognized as the most efficient container port in the world. The port claimed the top position on The World Bank and S&P Global Market Intelligence’s Container Port Performance Index (CPPI) report for 2021, underlining the impact of the infrastructure enhancements implemented and paving the way for another hugely successful year ahead. 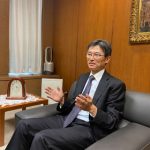 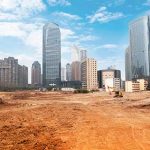