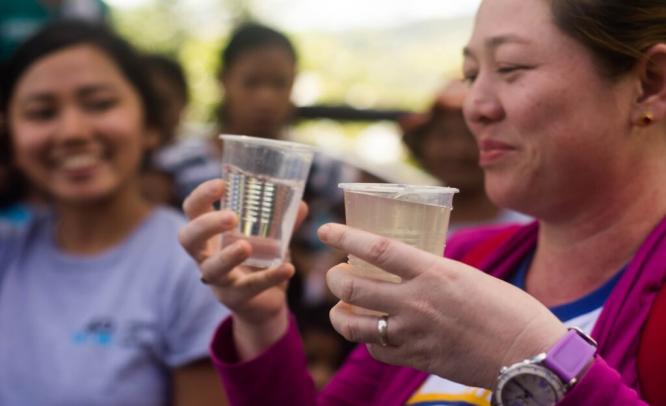 The Land Bank of the Philippines (LANDBANK) is one of the few financial institutions in the Philippines with strong commitment towards social responsibility and environmental protection.

This is underscored in the bank’s Vision-Mission Statement, Corporate Environmental Policy and Sustainability Framework, and translated in its operations.

In support of this commitment, LANDBANK conducts environmental impact assessment and monitoring as a requirement in financing projects, following the globally-accepted environmental risk management framework of the Equator Principles.

The policy was put in place to identify, monitor and mitigate credit risks arising from the adverse impact on the environment of projects financed by the LANDBANK as well as identify the environmental benefits of the projects.

This was initiated 20 years ago as part of a requirement for World Bank-assisted projects. In 2004, LANDBANK institutionalised the system, which today is being implemented in its 41 lending centers across the country, covering all LANBANK-financed projects — regardless of the amount.

Unlike other Philippine banks that implement EDD on a selective basis, LANDBANK integrated environmental due diligence in its credit delivery operations to ensure that loan clients’ projects comply with environmental laws and regulations.

LANDBANK’s commitment to environmental protection and social responsibility further extends to its CSR programs. Among these is its flagship CSR program, the Manila Bay SUNSET Partnership Program Inc., which began as an annual clean-up activity that evolved and expanded into the first public-private, multi-sector partnership organised to implement a sustainable approach to conserve the Manila Bay.

The Manila Bay is considered as one of the best natural harbours in Southeast Asia and one of the finest in the world but has unfortunately been suffering from a decline in water quality and deteriorating marine habitats due to rapid urban growth and industrialisation. According to the Philippine Environment Monitor, the water quality in Manila Bay is ‘critical and unsatisfactory’ in rating because of the indiscriminate disposal of domestic waste water and other land-based pollution (solid waste/garbage) that affects human health.

Recognising the need to protect Manila Bay, LANDBANK signed the ‘Manila Bay Declaration’ in 2001 — a  commitment by the national government, local government units (LGUs) and private institutions to implement an environmental management framework for Manila Bay and its watersheds.

In 2003, LANDBANK initiated an annual clean-up activity which was held during its anniversary celebrations in August, as part of its commitment to the Manila Bay Declaration.

In 2009, the campaign gave birth to the Manila Bay SUNSET (Socially Responsible and United in Nurturing and Sustaining the EnvironmenT) Partnership Program, Inc. (MBSPPI), chaired by LANDBANK. Each year, more and more employees volunteer to help clean the bay together with other volunteers from the bank’s project partners, which now total 21 institutions from the public and private sectors.

From the quarterly clean-ups of Manila Bay, the MBSPPI has expanded to include recycling of plastic waste material into rulers that are distributed to public schools in Metro Manila; launching of an information, education and communication (IEC) campaign promoting awareness of proper solid waste management; and utilising microorganisms to rehabilitate Estero de Abad, one of the Manila Bay tributaries.

MBSPPI continues to grow not only in terms of membership but its activities as well. For 2016, an additional five institutions are to be added and the IEC campaign is to be expanded to have nationwide coverage.

LANDBANK also implements disaster response CSR programs to help affected families recover from the onslaught of typhoons and other calamities. One such project is the “Malinis na Tubig Handog ng LANDBANK” (LANDBANK Provides Access to Clean Water), which started after Lando (international name: Koppu) – considered the strongest typhoon to hit the Philippines in 2015 – caused major damage in Central Luzon and left thousands of residents without access to clean drinking water

Recognising the need to give this basic necessity to the affected families, LANDBANK partnered with the international organisation Waves for Water (W4W) and the Philippine Disaster Resilience Foundation (PDRF) to provide portable water filtration systems.  Each system filters one million gallons of water and can last for five to 10 years. These portable systems are capable of purifying rainwater and even flood water. Less than two months after Lando, another strong typhoon battered the Central Philippines. Typhoon Nona (international name: Melchor) left a number of casualties and thousands of families homeless. LANDBANK went to three of the hardest hit provinces to distribute water filtration systems under the ‘Malinis na Tubig Handog ng LANDBANK’ project. Lubang Island in Mindoro, Allen in Samar and Barcelona in Sorsogon each received 20 water filtration systems from the bank and its partners. Some of the municipalities in these provinces rely on spring water while some, especially communities on islands, rely on purified drinking water transported via sea from the closest town on the mainland, which also becomes impossible during typhoons.  Biggest CSR initiatives While it has several CSR programs that focus on livelihood, education, environment, and disaster response, the biggest initiatives in terms of size or coverage are the Gawad PATNUBAY Scholarship Program and the Gawad Sibol (formerly known as the Adopt-a-Watershed Program) Program, which are both national in scope. The Gawad PATNUBAY Scholarship Program is a two-pronged program helping students who are taking agriculture-related courses in both formal (four-year degree) and informal education (skill-based/ladderized education). As of end- 2015, LANDBANK had 102 scholars nationwide who are from poor families. In 2016, five more universities shall be included to expand the program to cover an additional 55 scholars. The Gawad PATNUBAY Scholarship Program has the highest annual budget. Originally funded the bank with an annual budget of about P3Million, starting 2016 the program is fully funded by LANDBANK employees through voluntary contributions of at least one hour of their salary during the last working day of each year. More than covering school fees and providing allowances to the scholars, the program has an Education to Employment (E2E) Internship component where scholars who successfully completed their formal courses are provided a 10-week internship program in the bank and with partner institutions before recommending them for employment. The Adopt-a-Watershed Program, on the other hand, is a partnership between LANDBANK and the country’s Department of Environment and Natural Resources, which aims to reforest and protect denuded forestlands in different areas nationwide, mitigate the impact of climate change, and minimise floods during typhoons in the covered areas. It also aims to contribute to the government’s National Greening Program, which seeks to grow 1.5 billion trees in 1.5 million hectares nationwide within a period of six years (2011-2016). Phase 1 of the Program (2005-2010) covered 14 hectares of denuded forestlands in six pilot areas nationwide, while Phase 2 (2012-2015) saw the rehabilitation of 40 hectares of denuded forests in six sites nationwide. Phase 3 has been launched recently, through which the bank aims to rehabilitate 60 more hectares in 13 regions across the country. The Adopt-A-Watershed Program is cited as one of the ‘Outstanding Development Projects’ by the Association of Development Financing Institutions in Asia and the Pacific (ADFIAP) under the Corporate Social Responsibility category of the ADFIAP Awards 2014. Triple bottom-line The bank’s CSR initiatives are in line with the triple bottom-line framework, wherein greater business value is created by ensuring sound economic performance that also develops and does not compromise environmental and social performances. LANDBANK’s CSR initiatives are based on the five sustainability cornerstones upon which the bank’s sustainability efforts are built and aligned: Enterprise Development, Community Development, Environmental Protection and Management, Customer Service, and Employee Development. These cornerstones are further anchored on the bank’s three business goals of pursuing its mandate as a countryside development ?nancial institution, providing quality customer service and products, and ensuring long-term institutional stability and viability. Impact on employees These initiatives are done not only through partnerships with other organisations but also with the help of employees. Landbankers are always in the frontline during the bank’s various CSR activities. In 2016, LANDBANK launched its Volunteerific Program to further promote and nurture volunteerism among its employees, especially through participation in CSR initiatives that serve the marginalised sectors of society. Under the program, sectors with the most number of volunteer hours rendered shall be recognised and be given cash prize during an annual ceremony. And in the spirit of giving back, cash prizes for the winning sectors shall be awarded in the form of donation to the chosen beneficiary/ies of the winners. 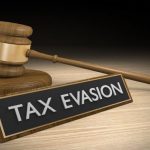 Get your tax affairs in order 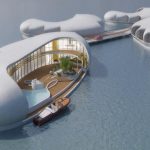 Dubai to get floating homes