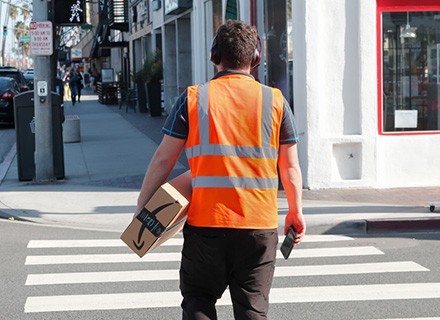 The cuts will cover 6% of Amazon's 300,000-person corporate workforce

The bloodbath is all set to continue in the tech sector in 2023 as well, with Amazon now confirming that its layoffs will cover over 18,000 employees, as part of a workforce reduction it disclosed in 2022.

Chief Executive Andy Jassy said in a public staff note that the layoff decisions, which his company will communicate from January 18, will largely impact Amazon’s e-commerce and human-resources wings.

As per the note, the cuts will cover 6% of Amazon’s 300,000-person corporate workforce.

Jassy said, “Annual planning has been more difficult given the uncertain economy and that we’ve hired rapidly over the last several years.”

Amazon currently has over 1.5 million workers including warehouse staff, thus becoming America’s second-largest private employer after Walmart. However, the company is likely to see slower growth amid soaring inflation. Its share price got halved in 2022 as well.

It began the staff layoff procedure in November 2022 from its devices division, with reports back then suggesting some 10,000 job cuts. However, the figure now surpasses the tally of Meta Platforms, where 11,000 people faced axing.

As per a Computerworld report, Amazon rated its employees from level 1 to level 7, as part of the layoff process. The managers were told to identify work performance problems among their team members.

The affected employees are supposed to get severance pay and a 24-hour notice of the change.

“There is a sense of fear among employees in the company as the news has come out,” one of the sources told Computerworld back in 2022, who was informed directly about the layoff effort.

Jassy too confirmed the reports through a public message to staff members on November 17.

“Our annual planning process extends into the new year, which means there will be more role reductions as leaders continue to make adjustments. Those decisions will be shared with impacted employees and organizations early in 2023,” he said back then.

Amazon’s flagship cloud-based voice service programme Alexa is not having a nice time, as reports suggest that the voice assistant suffered a USD 10 billion loss in 2022.

While the tech giant lost some USD 3 billion in the same year, its hardware division was anticipated to witness another USD 10 billion bloodbath by the year-end.

While the former Amazon CEO Jeff Bezos reportedly lost his interest in Alexa in 2020 itself, his successor Andy Jassy shares a similar feeling, as per reports.

One research paper says that while customers use Alexa to listen to music or get weather updates, these requests are not monetized by Amazon, resulting in losses for the company.

Alexa first debuted in 2014. While it got additional powers and periodic upgrades, it has lost its interest among consumers.

It seems to sense that people who have maintained their Alexa devices don’t want to use them to place Amazon orders.

Marc Benioff, the co-Chief Executive of Salesforce wrote a letter to all employees on the matter.

It read, “The environment remains challenging and our customers are taking a more measured approach to their purchasing decisions…..As our revenue accelerated through the pandemic, we hired too many people leading into this economic downturn we’re now facing, and I take responsibility for that.” 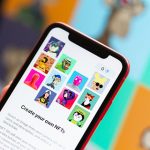 The year of death & rebirth for NFT

Startup impact: Is MENA the next Silicon Valley?