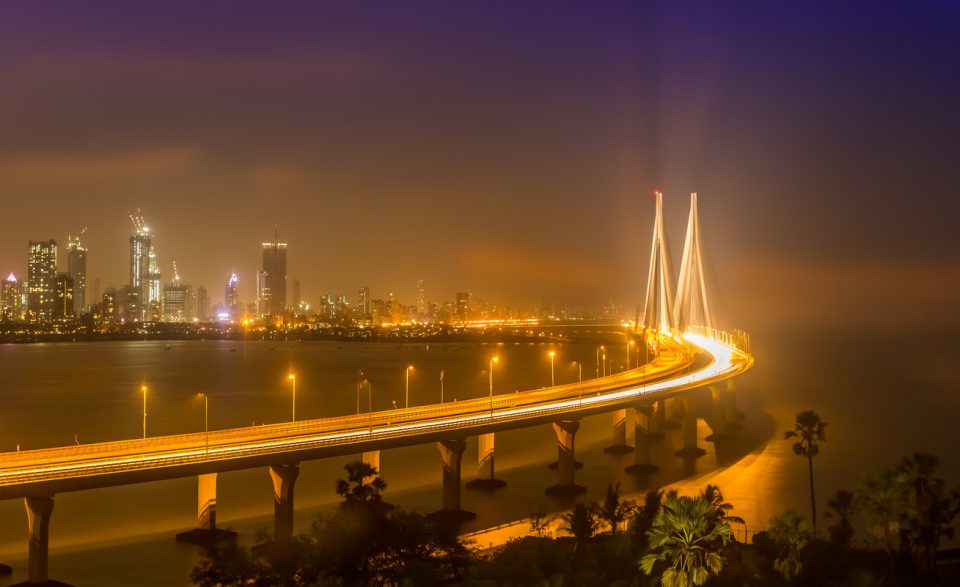 Taking integrated townships to the next level

It is a well-established fact that urbanization is by far the biggest trigger for India’s real estate growth story. However, there is a darker flip side – urbanization has resulted in massive strain on the leading cities of India, which are struggling to cope with ever-rising population and density.

The idea of creating new Smart Cities was mooted in the face of a clear need to decongest India’s Tier 1 cities and improve their livability quotients. However, even before the Smart City mission was formalized, the model of creating cities around the peripheries of Tier 1 cities (or satellite cities) has already established a proven track record for mitigating the dire effects of urban sprawl and boosting livability quotient.

The top emerging cities assessed in this report are Navi Mumbai, Pimpri-Chinchwad, Magarpatta City, Palava City, Greater Noida, Manesar, Mohali, Rajarhat, Technopark and Mahindra World City (MWC). After an exhaustive analysis on the basis of the above-mentioned parameters for 10 cities considered, a definitive livability quotient ranking was arrived at: 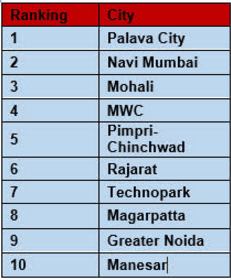 On the back of major evolutionary leaps in the integrated townships model, this now makes logical sense to include privately-managed cities (large townships or commercial-cum-residential hubs managed by private developers) while comparing cities. The reason is clear – in the era of smart cities in the daily administration of which private players will be increasingly involved, it is important to look at private developers as future city administrators. As a result, some of the country’s larger integrated townships now qualify as standalone satellite cities in their own right – and, in fact, have taken city administration and governance to an entirely new level.

To date, only a handful of developers in India have successfully demonstrated their capabilities for city administration. Going forward, many more such developments will crop up on India’s real estate landscape, especially in times when large integrated townships are being promoted.

This clearly indicates that the administrators of both city formats must learn from each other and demonstrate both ‘skill’ and ‘scale’ in order to create the smart and liveable cities of the future.

Integrated townships with mixed-use development are increasingly becoming the preferred option for residents, and concepts like ‘walk-to-work’, ‘last mile connectivity’ and ‘inclusiveness’ are going to be decisive factors in choosing the right integrated township development.

The parameters that call for definite and well-developed skill levels include:

There are two main reasons why these parameters are successfully implemented by the privately-managed cities:

In some cities, the councils have a good representation of citizens or have mechanisms for faster real-time redressal of issues in place. Also, in most cases, state-of-the-art monitoring and surveillance technologies are in use to keep the city safe and secure.

As urbanization picks up pace in India, the emerging cities will play a key role in accommodating future expansion needs of existing urban agglomerations. Most importantly, these cities will play a crucial role in balancing growth in a more sustainable manner, thereby enhancing the livability quotient for residents.

The ensuing cross-learning exercise on the part of both large private township developers as well as the city municipal councils will be highly beneficial. Without a doubt, the next generation of megacities in India will see an unprecedented scale and quality of transformation when it comes to meeting the real estate needs of the future. 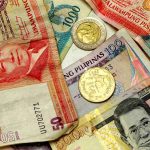 The Bank of Philippines talks about protecting peso 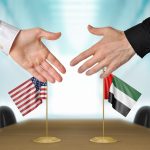 The UAE and the US to strengthen their bilateral trade