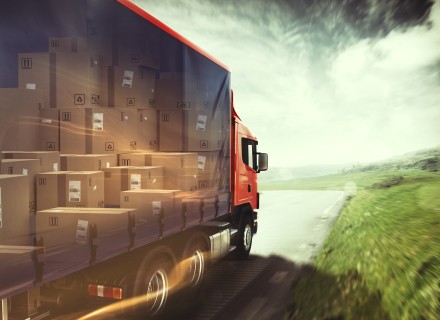 On May 24, the world woke up to watch climate change strikes by millennial and Gen Z youth all over the world. Across the world, hundreds of thousands of students walked out of their classrooms to impress upon their governments to act more quickly and resolutely on climate change. Climate protests by millennials are now planned in 1600 towns and cities in 125 countries, involving 1.6 million youth.

The climate change policies of governments across the world can change drastically depending on their current political priorities. But the importance of climate change responsibility is not lost upon the movers and shifters of the world – the logistics giants. The world’s logistics companies are responsible for a sizeable chunk of the carbon emissions. While governments dilly dally on climate change action, the top logistics companies are making massive changes to the way they shift and move goods across the world, with the impact on the environment and the future generations in mind. 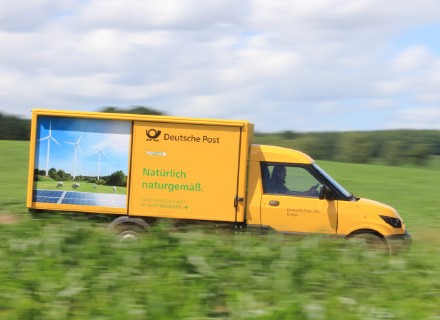 Deutsche Post DHL and Fedex have unambiguously embraced the modern environmental zeitgeist with a slew of e-mobility and alternative fuel initiatives that have major short term and long-term implications.

DHL is pursuing ambitious climate change goals. Under the company’s Mission 2050 initiative, it seeks to reduce logistics-related carbon emissions to zero by 2050. E-mobility is a priority at DHL and that’s were StreetScooter, an electric vehicle startup acquired by DHL comes into play. DHL, today, has more than 10,000 alternative fuel vehicles on the roads across the world as part of a switch to e-mobility.

FedEx has been pursuing a ‘Reduce, Replace, Revolutionise’ strategy to reduce its carbon emissions intensity. The logistics company is doing transformational work in increasing the carbon efficiency of its legacy vehicle fleet. According to Fedex, its strategy focuses on reducing impacts and improving productivity while creating new, more efficient, and innovative solutions.  Fedex claims that these efforts have contributed to a 37 percent reduction in carbon dioxide emissions intensity on a revenue basis across the enterprise since financial year 2009, a period in which revenue grew by 84 percent. FedEx also reduced 2.7 million metric tonnes of carbon dioxide emissions through fuel and energy saving initiatives last fiscal year alone, the company claims.

In 2018, DHL’s fleet already had 10,843 alternative fuel vehicles out on the road and more than 9,000 of these vehicles are StreetScooters – the electric delivery vehicle now designed and manufactured by Deutsche Post DHL Group. In addition, DHL uses 3,500 e-trikes and 7,800 e-bikes for postal delivery in Germany. “Partnerships with major cities are a particularly interesting aspect of our activities – we lead by example, demonstrating that e-mobility can become the norm in logistics,” Alexander Edenhofer, a DHL company spokesman told International Finance.

“On the road to zero-emission logistics, Deutsche Post DHL Group wants to provide 70 percent of its own first and last mile services with clean pick-up and delivery solutions by 2025. Delivery by foot, bicycle, and electric vehicle are the modes of choice for reducing carbon emissions and local air pollutants in urban areas. More and more of our vehicles feature e-mobility solutions – from all electric drive vehicles and cargo bikes for short distances, to plug-in hybrids and fuel cells for longer distances,” Edenhofer added.

Even though the cost of purchase of e-vehicles are higher, DHL observes that the maintenance and wear and tear costs of StreetScooter e-vehicles are 60 to 80 percent lower than diesel-driven vans. DHL Express has also announced that it will add 63 electric cargo vans to its US fleet of green delivery trucks in 2019. And since April 2016, DHL Express in Paris has been operating one of the first ten 100 percent electric MAN eTGE vans.

In FedEx’s Global Citizenship Report released to the media, the company announced that it will be adding 1,000 Chanje V8100 e-vehicles to the FedEx Express fleet in California.  These e-vehicles can travel more than 150 miles when fully charged and are expected to save FedEx 2,000 gallons of fuel while avoiding 20 tonnes of emissions per vehicle each year. FedEx added 445 electric vehicles in FY18, bringing the total number of its e-vehicles on the road to more than 2,554.

On May 24, DHL Express and StreetScooter announced their collaboration on a new electric delivery vehicle. The new ‘H2 Panel Van’ will become the first 4.25 tonne electric vehicle with an added fuel cell, which will provide additional power and enable a range up to 500 kilometres. In a first step, DHL Express has ordered 100 of the fuel cell vehicles, with delivery expected from 2020 through 2021.

Similar to the larger WORK XL, the H2 Panel Van will be realised in collaboration with Ford.

The new van fits into DHL’s larger environmental goals. “With the H2 Panel Van, DHL Express becomes the first express provider to use a larger number of electric vehicles with fuel cells for last-mile logistics. This underscores our aspiration to be not only the fastest and most reliable provider on the market but also the most climate-friendly,” Markus Reckling, CEO of Deutsche Post DHL told the media. “The H2 Panel Van is another example of how Deutsche Post DHL Group is working towards its zero-emission goal for 2050,” Reckling added.

E-vehicles on the road

Fedex Express is testing e-vehicles in China and Europe with the strategic goal of scaling the adoption of commercially viable e-vehicles in those markets as soon as possible. The logistics company also completed assessments to determine the return on investment with regard to using electric forklifts instead of propane forklifts.

In future, Fedex Freight plans to incorporate Tesla Semi tractors into its fleet. At the current time, Fedex is focusing on developing the charging infrastructure for e-vehicles with facilities to be upgraded to ensure that they can charge a number of vehicles at once. Fedex’ commitment to e-mobility starts at the top with Fedex Chairman and CEO Frederick W. Smith serving on the Electrification Coalition since 2009. The focus of the non-profit group of business leaders is to enable the deployment of electric vehicles at a mass scale. 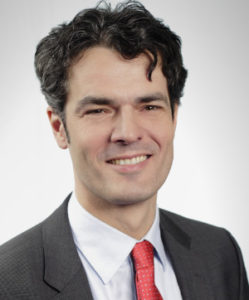 Partnerships with major cities are a particularly interesting aspect of our activities – we lead by example, demonstrating that e-mobility can become the norm in logistics,” Alexander Edenhofer – Deutsche Post DHL spokesman

Fedex is making massive changes to its legacy transportation platforms to improve carbon efficiency through the Reduce and Replace parts of its strategy. With a focus on fuel saving behaviours and systems, Fedex has saved 655 million gallons of jet fuel since 2006 across 59 projects. The Fuel Sense programme saved 94 million gallons of jet fuel in 2018. Under the Replace strategy, Fedex’ s aircraft modernisation programme saved 109.6 million gallons of fuel avoiding more than one million tonnes of carbon dioxide emissions. The company also seeks to revolutionise its energy management approach – for example, it plans to introduce onsite microgrid pilots with higher investments in fuel cell technology and solar energy.

Deutsche Post DHL implemented its Green Electricity Policy in 2018, which defines options for sourcing electricity and the process of purchasing electricity within the framework of the DHL Group’s environmental and energy policy. “We make sure that electricity generated from renewable sources or ‘green electricity’ is the primary source of electric power in the group and aligns with relevant sustainability guidelines,” said DHL’s Edenhofer. Overall, the use of green electricity across the DHL Group was already at 77 percent in 2018.

An interesting part of these e-initiatives at logistics companies is the effort to fly aircraft on alternative fuels. Fedex’s goal to obtain 30 percent of jet fuel from alternative fuels by 2030 reached a milestone last year.

Red Rock Biofuels, which will supply low-carbon, renewable jet fuel to FedEx Express, broke ground on its biorefinery in Lakeview, Oregon in July 2018.  The first delivery of alternative jet fuel is anticipated in 2020.  Also in FY18, the ecoDemonstrator, a Boeing 777F built for FedEx Express, became the first FedEx plane to fly 100 percent on biofuel during a short-term period that also tested and gathered data on 35 new technologies.

The Boeing 777F EcoDemonstrator is equipped with lasers, cameras, and flies on 100 percent biofuel. It has a cargo bay outfitted with rows of computer test stations. DHL, until now, has not operated aircraft with low carbon emission fuels. However, the company has conducted tests in this regard and is working on options for running aircraft with alternative fuels in the future, a company spokesman said.

According to the report from the Intergovernmental Panel on Climate Change (IPCC) it requires far-reaching transitions to the use of energy resources and transportation and the operations of the industry and infrastructure to limit global warming to 1.5 degree Celsius above pre-industrial levels.

That includes reducing carbon emissions to 45 percent below 2010 levels in the next decade. Is this a realistic target? If you consider the rise of populism across the world and the hostile reaction of populists to climate change action, there might be limited action from governments to tackle the disaster the world is facing. However, millennials and the Gen Z can be assured that the top logistics companies of the world are incorporating vast operational and infrastructural changes to reduce carbon emission intensity as a real measure, not just a corporate social responsibility programme or a token slogan for reputation management. It’s time other industries took note. 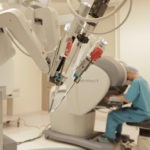 How Malta became the blockchain island