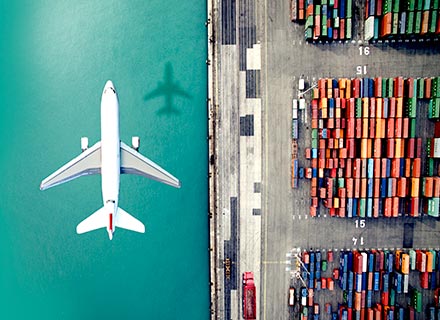 With e-commerce snowballing in the Middle East means: logistics in the region need advancements from a paradigm of old-fashioned techniques to drum up operations

There is the belief that the Gulf Cooperation Council is enticing the growth of e-commerce sector, which is, somewhat, an unconventional activation of its strategic pursuits in the region. This escorts a reasonable explanation. For a region that is economically dependent on oil and petroleum, the emergence of other activities such as mergers and acquisitions, local innovation, inflow of funds and presence of foreign players propose the reasoning of widespread adoption of e-commerce in the Middle East.

Online payment gateway Payfort taps into the Middle East e-commerce market, only to find out that the sector will exponentially grow to $69 billion by 2020. This means, the numbers will have doubled in a span of few years.

This is good. A thriving sector is strongly emerging to favour the region’s economic development, which is largely fixated on natural resources for many years. Statista, for example, shows the all-round growth in the Middle East and Africa would reach CAGR of 11% between 2018 and 2022.

Today, young consumers (or millennials) are often attracted to the shopping experience derived from the use of seamless technology, and the additional service benefits that accompany with the experience. It seems, more than half of millennials, rather look for information from online retailer than in-store personal assistance.

In fact, a report by American global management consulting firm A.T. Kearney predicts the e-commerce growth in the Gulf Corporation Countries could reach its worth up to $20 billion by 2020 because “online commerce has performed particularly well” in the recent past “against a backdrop of economic, social and political challenges.” The numbers reflect an increase of more than $15 billion, from 2015, writes Damco Blog.

It is self-evident that this shift in consumer behaviour is prompting the need for strong, reliable logistics ecosystem—a system for tracking web purchase orders, and ensuring an on-time delivery of parcels across the region, which is the primal source of e-commerce expansion.

Ergo, a debate circling the question of what is the degree of logistics expertise in the Middle East—is still ongoing.

The next round of innovation in the Middle East e-commerce landscape will rise from integrating the logistics system with state-of-the-art technology. In the e-commerce world, new-age warehouses prescribed with advanced IT and digital solutions will help to smoothline business operations.

The Middle East and North African Transportation and Logistics Market, Forecast to 2018 report identifies the MENA region to have something like long-term business opportunities “in the areas of transportation, warehousing, and freight forwarding.” Another way to describe this is the region has transpired as “a major transshipment hub,” coupled with “strategic location advantage and improvement in air and sea port infrastructures,” as told on PR Newswire.

By example, some of the urban cities such as Dubai, Abu Dhabi, Riyadh and Jeddah have well established their logistics ecosystem. In fact, the governments “recognise logistics as an opportunity for their nations and top businesses to forge a profitable relationship,” writes Khaleej Times. And in this case, the government of Saudi Arabia will further strengthen the presence of the logistics infrastructure in Saudi Arabia 2030 vision.

In line with the infrastructure, Oman announced “through Royal Decree No. 24 of 2017” the build of a railroad stretching 400 kms to connect to the mineral mines in Salalah with Duqm. The project as part of the Oman national railway network has been designed to serve freight traffic as well “connecting the major ports at Sohar, Duqm and Salalah to the rest of Oman,” according to Lexology.

But this is not it. The One Belt One Road initiative, where China and Oman have been working together to revive the ancient trading route—Maritime Silk Road. The initiative will reinforce trade in the region by enhancing the logistics infrastructure used to transport goods between China, Central Asia, Persia, Arabia, Africa and Europe. 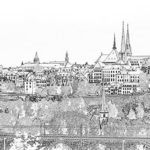 A visionary and innovative partner for your private wealth management needs 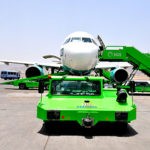