The UK’s first ever CPI-linked Sterling bond will contribute to the cost of the new project May 12, 2015: A £1billion infrastructure project that will link Battersea to the London Underground is another step closer due to a pioneering new method of financing agreed between the GLA and Lloyds Bank Commercial Banking. On May 11, they confirmed that the United Kingdom’s first ever Consumer Price...

May 12, 2015: A £1billion infrastructure project that will link Battersea to the London Underground is another step closer due to a pioneering new method of financing agreed between the GLA and Lloyds Bank Commercial Banking. On May 11, they confirmed that the United Kingdom’s first ever Consumer Price Index-linked Sterling bond has been issued in a £200m deal that will contribute to the cost of the new Tube link.

The bond was developed by Lloyds Bank Commercial Banking and is a first in the Sterling bond market. It has enabled the GLA to raise finance in the most cost effective manner, and by taking this approach the Authority is expected to deliver the best possible value for Londoners by potentially saving up to £40m over the next 25 years.

An extension to the Northern Line is essential to the regeneration of Vauxhall, Nine Elms and Battersea and will lead to the creation of 24,000 jobs and 18,000 new homes.

Working with Lloyds Bank Capital Markets team, the GLA was able to hold a competitive dialogue with Sterling institutional investors and concluded that it was better value-for-money to issue bonds linked to CPI, rather than the traditional Retail Price Index.

The Mayor of London, Boris Johnson, said, “This deal demonstrates the continuing lure of London to investors with an eye for a world-leading transaction. These wise heads realise the incredible potential of our city and my team will draw on every possible source of funding in order to ensure the mega infrastructure projects we need to continue to thrive are able to move off the drawing board and into reality.”

James Garvey, Managing Director, Head of Capital Markets at Lloyds Bank Commercial Banking, said, “We are delighted to have led this milestone transaction for the GLA. The bond was structured to meet the financing requirements of the GLA drawing on demand from the growing volume of CPI-linked liabilities in the UK pension industry. In securing first mover advantage, the GLA has raised finance at a very competitive cost. This transaction is a great example of our Helping Britain Prosper plan in action, in which we have committed to support £30 billion of infrastructure projects in the National Infrastructure Plan by 2017.”

Tom Pearce, Managing Director at Rothesay Life, said, “Lending to high quality institutions such as GLA is core to Rothesay Life’s low risk asset strategy and we are delighted to have made this investment in London infrastructure.”

Securing funding through a cost effective bond issuance programme has become increasingly important to UK local authorities as they look at alternatives to the traditional funding route of the Public Works Loan Board (PWLB). This is the GLA’s second bond issuance via Lloyds Bank after an inaugural £600 million issuance in 2011 to part fund the CrossRail project.

The bond issue, which will pay the investor a CPI-linked coupon of 0.34%, is expected to save the GLA £40million over the next 25 years.

Luxury property market on an upswing in US 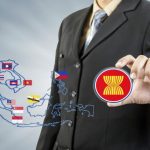 ‘Full ASEAN banking integration will not happen in 2015’ 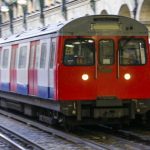