Officially launched in March 2018, ClearPay allows retailers to offer its customers the choice to make purchases of up to $577 at the point of sale and spread the cost over monthly payments free-of- interest.

ThinkSmart employes 100 people at its base in Old Trafford and also has an office in Australia. It has soled 90% of ClearPay’s share capital to fast-growing Australian company AfterPay Touch Group.

The company is being acquired in exchange for 1 million shares in AfterPay. Meanwhile, ThinkSmart is retaining the remaining 10% shareholding in the company—which will be made available to ClearPay employees under an employee share ownership plan.

Executive chairman Ned Montarello stated:  “The board is pleased to crystallise a significant return on investment for shareholders with the sale of 90% of ClearPay, while still retaining an ongoing investment in what, in our view is the leading player in this sector globally, having recently successfully entered the US market.

“AfterPay’s product, ongoing success and go to market strategy is compelling and we are delighted to now be a part of this story.” He added.

“In a market three times the size of Australia the acquisition of ClearPay will assist AfterPay in becoming the dominant player in the UK market with the potential for significant growth over the next five years.” He concluded.

AfterPay is acquiring ClearPay’s corporate identity—which includes its contracts with relevant service providers and key employees with local knowledge of the UK market. Existing retailers and customers who currently use ClearPay’s system will be given the chance to move to AfterPay’s global platform, which is expected to be launched in the UK within the next six months.

ThinkSmart Europe said it will continue to operate its existing core credit and leasing business, and to invest in its digital payments solution SmartCheck, in a statement on the London Stock Exchange. 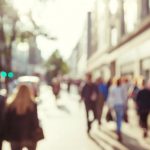 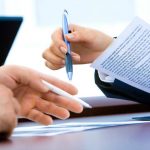 ABBYY is untangling the complexities of contractual language