The allocations in rest of the countries in the region such as Qatar, Turkey and Kuwait will remain the same as earlier, according to a Reuters poll.

Egypt is becoming a popular choice of investment of the Mena fund managers region due to falling inflation and interest rates. The central bank of Egypt cut the interest rates by 150 basis points, while the inflation rate reported in the country was the lowest in four years.

Vrajesh Bhandari, the senior portfolio manager at Al Mal capital told Reuters, “This should drive demand for consumer goods as well as support corporate capital expenditure financed by lower borrowing costs.” He added that Egypt’s growth rate is the highest in the Middle Eastern region.

Egypt’s main index increased by 9.56 percent in 2019, which no other market in the region achieved.

According to a poll conducted recently, half of the participating Mena fund managers said that they would increase investments in UAE.

The markets in UAE, especially Dubai did not perform well in 2018. But Dubai rebounded in 2019 with the main index rising by almost 8.67 percent. The main index in Abu Dhabi has also increased by 4.39 percent in 2019.

According to reports sixty percent of the fund managers stated they would reduce their investments in Saudi Arabia. Saudi Arabia’s main index fell by 6.6 percent in the quarter of 2019. 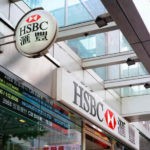 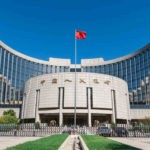 China to launch cryptocurrency in November through 7 major FIs