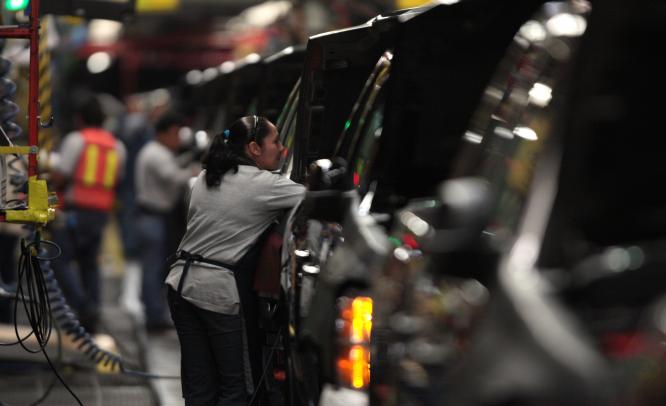 Increased manufacturing activity attributed to new work inflows from domestic and foreign clients, reports Team IFM Mexico City, June 7: Mexico’s factories continued to tick last month with growth of output and new orders remaining on an even keel, encouraging manufacturers to scale up both production and employment, says a recent independent survey. Selling prices too were raised for the fifth straight month. “The Mexican...

Mexico City, June 7: Mexico’s factories continued to tick last month with growth of output and new orders remaining on an even keel, encouraging manufacturers to scale up both production and employment, says a recent independent survey. Selling prices too were raised for the fifth straight month.

“The Mexican manufacturing sector continued to expand in May in response to rising inflows of new work,” said an HSBC survey, conducted on its behalf by market tracker Markit. Input cost inflationary pressures remained solid, but these were partly offset by improved pricing power at a number of manufacturers.

Adjusted for seasonal influences, the HSBC Mexico manufacturing PMI – a gauge for sectoral performance – registered 51.9 in May, marginally up from 51.8 in April, to edge up further from March’s five-month low.

Readings above 50.0 signal an improvement on the previous month, while readings below 50.0 signal deterioration of conditions. The PMI is composed of five sub-indices tracking changes in new orders, output, employment, suppliers’ delivery times and stocks of purchases.

The headline PMI has now signalled an improvement in overall operating conditions for eight months running in Mexico, the second largest Latin American economy, compared to the corresponding period in 2013.

The HSBC finding is line with Mexico’s year-on-year jump in industrial output in the January-March period. Data culled by the country’s national statistics agency INEGI shows industrial production rose 1.6 percent in the first quarter of this year.

The quarter-on-quarter jump in industrial output was mainly driven by an upswing in the automobile manufacturing sector, which saw Mexico exporting 428,376 indigenously-made cars to the US, more than Japan’s 408,405 units in the period under review.

It is now only next to Canada, the leading exporter of cars to the US.

Meanwhile, falling real wages continue to be both a boon and a drag for investors, overseas as well as domestic. According to INEGI, one in seven Mexican workers earns just the average minimum wage of 65.58 pesos ($5.10) a day or less.

Subsequently, Mexico has seen a spurt in foreign direct investments, much of which is channelled into the manufacturing sector. According to INEGI, overseas funding peaked at an all-time high of $35 billion in 2013.

But low wages have also boomeranged on manufacturers, as it has spelt subdued retail spending – which is so necessary to push the economy, and which grew just 0.1 percent in 2013. A more robust retail offtake could have translated into even higher orders at factories.

Raul Feliz, an economist at a Mexico City think tank, told Reuters the country has depended too long and too heavily on a surfeit of cheap labour and not created enough higher quality jobs.

“If Mexico didn’t have population growth, economic growth would be zero,” Feliz was quoted as saying.

Nevertheless, manufacturing production rose for the seventh straight month in May, underpinned by a further solid increase in new work received, according to HSBC.

“Although the rate of output expansion moderated since April and was below the long-run survey average, this partly reflected firms’ efforts to slow the rate of inventory accumulation,” the survey report said.

May saw the level of incoming new business increase again, continuing a trend observed in all except one month since the survey began in April 2011. Where an expansion was reported, this was attributed to better inflows of new work from both domestic and foreign clients.

New export business rose for the third month in a row, and at the fastest pace in over two years, reflecting improved demand from the US.

The ongoing upturn at manufacturers filtered through to the labour market, with the sector creating jobs for the seventh month running.

Apart from rising production and new order volumes, firms linked increased headcounts to efforts to clear backlogs of work. The level of outstanding business subsequently fell for the fourth month in succession.

Input price inflation remained solid during the latest survey period. However, the rate of increase eased to a four-month low and was below the long-run survey average. Higher costs were linked to rising raw material prices and exchange rate movements.

Part of the increase in purchasing costs was offset by higher selling prices, with output charges having now risen in each month of the year-to-date.

Holdings of both finished products and purchased goods continued to accumulate during the latest survey period. Rates of increase remained only moderate, however, and slower than those signalled in the prior month.

According to Martin, “this view is supported by the sharp rise registered in the manufacturing exports in April”.

Meanwhile, Mexico continues to grow into a global power in the auto industry. Latin America’s second biggest economy is today the eighth-biggest car maker, and with most of its production destined for exports, it has now emerged as the number four exporter.

Its first quarter record production was also a major factor behind Mexico’s January-March 2014 manufacturing output going on an upward curve. In the process, Mexico also dislodged Japan as the second biggest automobile exporter to the US after Canada.

The data from Mexico’s Automobile Industry Association (AMIA) is based on its own figures as well as statistics sourced from the Michigan-based WardsAuto Group.

The AMIA data also shows a record production of 774,731 vehicle units rolling out in the first quarter, a 6.5 percent increase from the same period last year.

Many even believe Mexico is poised to overtake Canada as the leading exporter of cars to the US, perhaps even as early as next year.

“It does not surprise me that they did (overtake Japan), and that number will even get bigger,” Haig Stoddard, industry analyst at WardsAuto told AFP. 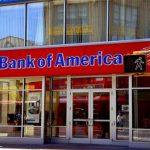 “Conflict of Interest” Could Spell Trouble For Bank of America