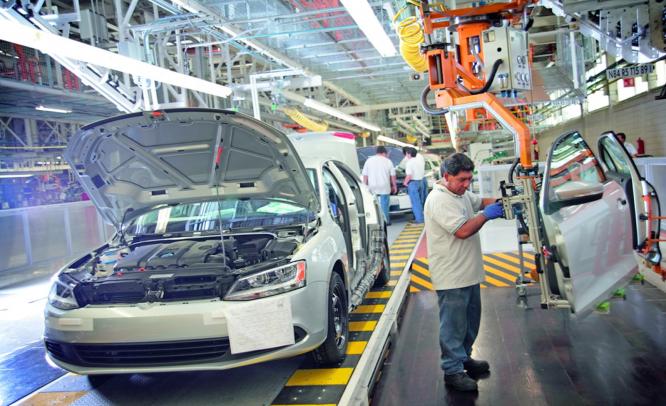 According to state statistics agency INEGI, or the National Institute of Statistics and Geography, consumer prices went up a modest 0.17 percent in the month under review from April, when it dipped 0.32 percent. The increase was lower than the median forecast of 0.2 percent in a Bloomberg poll of 21 analysts.

The price rise also took the annual rate of inflation to 3.75 percent following a 3.51 percent increase in May. The latest figure was the highest level in three months, but less than the 4 percent upper limit set by the central bank, Banco de Mexico.

Moreover, the inflation rate was below that predicted at various quarters: economists had forecast an inflation figure of up to 3.8 percent in June.  According to a Reuters’ poll of 20 analysts, it was to have come in at 3.78 percent in June.

The figure was, however, more than the central bank’s prediction for the annual rate of inflation for the year. According to estimates of annual core inflation mentioned in the first quarter monetary policy report of Banco de Mexico, “it will remain at levels of around 3 percent in 2014 and below this level in 2015”.

In another development, banking and financial services major HSBC reported a survey report for Mexico, saying its data signalled a further moderate improvement in business conditions in June across the Mexican manufacturing sector.

According to HSBC, this was driven by faster expansions of output and new business than those recorded in May. “The manufacturing sector will continue to grow in 2Q14, with the automobile sector one of the most dynamic,” said Lorena Dominguez, senior economist at HSBC in Mexico.

In a statement on Thursday, Mexico’s data office INEGI said that in June, the national consumer price index, or CPI, registered a monthly increase of 0.17 percent, placing the annual inflation rate at 3.75 percent, comparable with the 3.76 percent level seen in March.

As against this, INEGI said, CPI fell 0.06 percent in the corresponding month in 2013, taking the annual inflation rate to 4.09 percent. The core price index showed an advance of 0.21 percent and an annual rate of 3.09 percent from 3 percent in May.

The final inflation reading at 3.75 percent, which was in line with analysts’ estimates, also erased the decline from 4.48 percent witnessed in January.

Within the non-core price index, prices of agricultural products decreased 0.40 percent, primarily because of a drop of 1.95 percent in the fruits and vegetables category, while the prices of energy had a monthly growth rate of 0.32 percent.

Banco de Mexico had in early June slashed its main interest rate by 50 basis points to 3 percent – a record low – arguing that the prevailing economic slowdown gave it room to reduce borrowing costs without stoking inflation.

The central bank has also said it expected the annual core inflation to remain below the 3 percent target in the second quarter of 2014.

“For the second half of the year, headline inflation could locate above 4 percent in a few months, although it is expected to conclude the year below this level,” it said in its quarterly report released in June.

“According to the estimates of annual core inflation, it will remain at levels around 3 percent in 2014 and below this level in 2015,” the bank said in the report.

Meanwhile, according to HSBC, its survey data for the Mexican manufacturing sector showed production volumes increasing for the eighth successive month in June, with the latest expansion being slightly faster than that seen in May.

New order growth accelerated to a five-month high during the latest survey period, and HSBC said manufacturers cited rising volumes of new work from both domestic and export clients.

“That said, the pace of new export order growth moderated slightly from the 25-month high registered in May,” it added.

Companies that reported an increase in new orders from abroad generally cited stronger demand from clients in the US.

Despite overall new business growth accelerating in June, the latest survey highlighted spare capacity in the manufacturing sector; backlogs of work dropped for the fifth month running and at the fastest pace since July 2013.

Manufacturing payroll numbers, however, fell slightly in June, which ended a seven-month period of moderate employment growth. Increased production levels and rising volumes of new business contributed a solid upturn in purchasing activity across the manufacturing sector in June.

Moreover, the expansion of input buying was the strongest for five months. The latest survey also pointed to rising pre-production inventory levels, as well as a further modest increase in stocks of finished goods.

“The HSBC Mexico Manufacturing PMI slipped moderately to 51.8 in June from 51.9 in May, though it remains above the neutral 50.0 value,” said HSBC economist Dominguez. “This suggests that the manufacturing sector will continue to grow in 2Q14.” 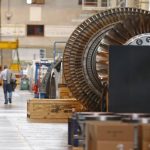 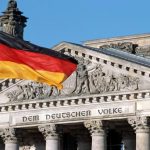 Concerns about stagnation in Germany