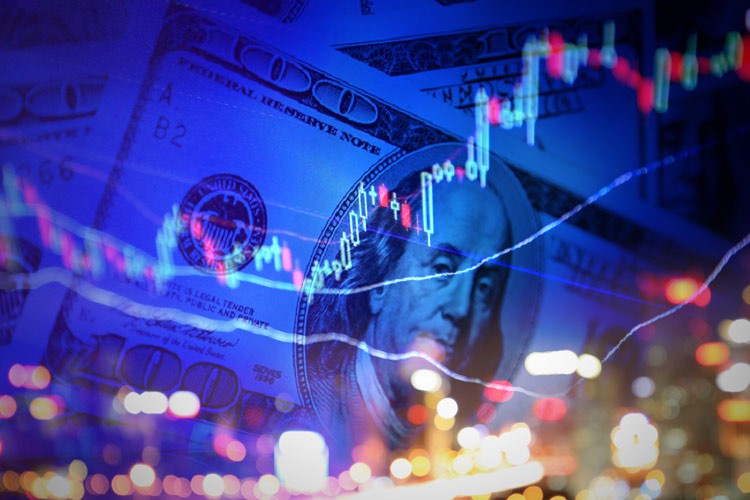 Nearly half of Americans (49%) indicate they are very likely to make a considerable purchase – like furniture, a television, a smart phone, a computer, an airline ticket or large home appliance – before the end of the year, according to a new Bankrate.com report. Only 17% say they are not at all likely to purchase any of these items.

Of the 116 million people who indicate a high likelihood of purchasing at least one of these things in 2017, 57 million say they are very likely to purchase an airline ticket, the top selection amongst the six categories. Another 40 million say they are somewhat likely, meaning more than 2 in 5 (41%) could reasonably be in the market for airfare in the year’s final months.

One-third of Americans indicate they are somewhat or very likely to purchase furniture during the remainder of 2017, the second most popular choice. Computers (28%), smart phones (25%), home appliances (25%) and televisions (23%) do not see quite the same level of interest, but tens of millions are still somewhat or very likely to purchase these items this year, nonetheless.

This confidence from Americans about planned sizable expenses coincides with the Commerce Department’s report that GDP increased 3.0 percent in the second quarter, noting a rise in consumer spending. Not coincidentally, Bankrate.com’s Financial Security Index recorded its third highest reading ever last month.

“With the economy continuing on the right track and the holiday season quickly approaching, Americans are already anticipating purchasing big ticket items like airline tickets, televisions and computers,” said Bankrate.com credit card analyst Robin Saks Frankel. “Responsible budgeters should plan ahead and shop around for the right credit card to either help put money back in their pockets with sign up bonuses and rewards, or spread out large purchases with 0% intro APRs.”

Younger millennials (18-26) are the age group who indicate the highest likelihood of making at least one of these purchases in 2017 (68%), including 28% who are very likely to buy a desktop, laptop or tablet computer.

Overall, full-time workers, high earners ($75K+ per year), college graduates and Democrats are the most likely to indicate a high probability of buying at least one of the items before year’s end.

However, the lowest income households (under $30K per year) are almost twice as likely to indicate a somewhat or high probability of purchasing a television this year than peak earners (31% vs. 16%). Similarly, those making less than $50K per year are more likely to be somewhat or very inclined to purchase a desktop, laptop or tablet computer than those who make more than that (34% vs. 25%). The same holds true for a home appliance such as a washing machine, dryer, dishwasher or refrigerator (30% vs. 20%).

So, what do the highest earners plan to splurge on at some point this year? Airfare. Sixty-five percent of those earning $75K+ per year indicate they’re somewhat or very likely to purchase an airline ticket, compared to 31% of those making less than $30K annually.

The survey was conducted by Princeton Survey Research Associates International. PSRAI obtained telephone interviews with a nationally representative sample of 1,003 adults living in the continental United States. Interviews were conducted by landline (502) and cell phone (501, including 327 without a landline phone) in English and Spanish by Princeton Data Source from August 17-20, 2017. Statistical results are weighted to correct known demographic discrepancies. The margin of sampling error for the complete set of weighted data is plus or minus 4.0 percentage points. 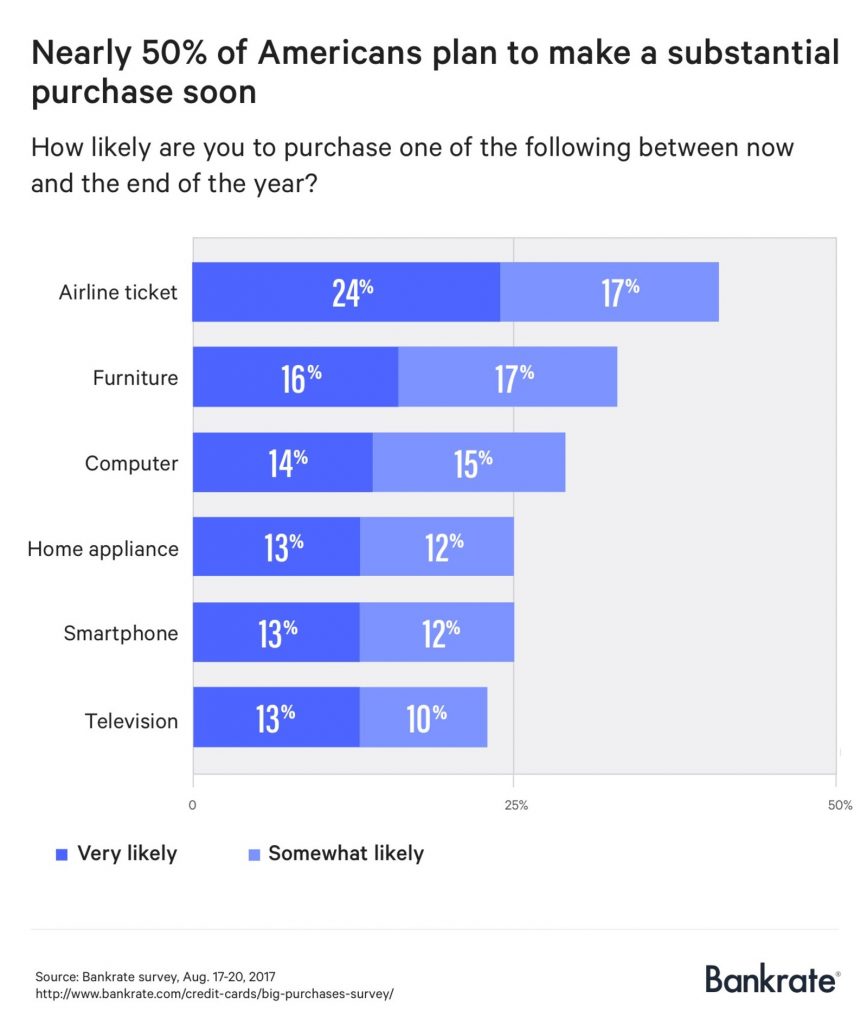 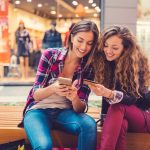 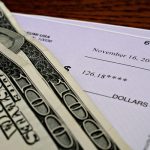