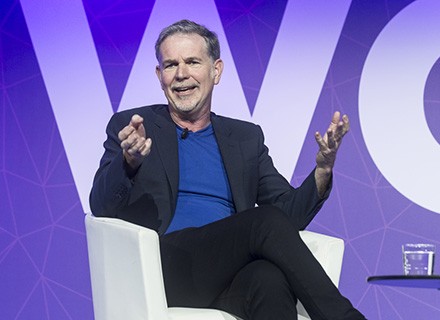 Ted Sarandos, who has been the face of Netflix in Hollywood, will take over as co-CEO.

US video streaming giant Netflix ended 2022 with over 230 million registered global subscribers, the company said recently, as it beat analysts’ expectations. Hit shows like “Wednesday” and “Harry & Meghan”, along with Daniel Craig-starrer “Glass Onion: A Knives Out Mystery” brought new viewers to the video streaming platform, as per reports.

“2022 was a tough year, with a bumpy start but a brighter finish,” Netflix said in its fourth-quarter earnings report.

However, Netflix co-founder Reed Hastings resigned as CEO, thus ending his 25-year leadership stint that witnessed the company grow from a rent-by-mail DVD service to an entertainment powerhouse.

Ted Sarandos, who has been the face of Netflix in Hollywood, will take over as co-CEO.

“It feels like yesterday was our IPO; we were covered in red envelopes. Hopefully, some of you have held the stock for all 21 years,” Reed Hastings said.

Netflix became a publicly traded company in 2002 at an opening price of USD 15 a share. Its shares were up nearly 7% to USD 337.31 in after-market trades after the fourth quarter earnings report came out.

Netflix earned some 7.7 million new subscribers in the last three months of 2022, thus bringing its membership to an all-time high of 230 million people.

Revenue in the October to December period was at USD 7.85 billion, thus following the estimates. Instead of counting the subscribers’ numbers, the video streaming platform will now use its revenue flow to decide the company’s fiscal health.

For 2023, Netflix also aims to cancel the practice of non-subscribed viewers using passwords shared by subscribers to binge-watch their favourite shows.

“We have high confidence in our ability to accelerate revenue throughout the course of the year as we scale ads and we launch paid sharing (of accounts),” said Netflix chief financial officer Spencer Neumann.

Netflix’s strong show comes amid fierce pressure from rivals such as Disney+, which has also introduced an ad-based subscription. However, while Disney, Amazon and other tech giants are getting hammered in the market right now, Netflix has garnered confidence from Wall Street with its share price up almost 50% in the latter half of 2022.

Netflix will also roll out paid sharing in 2023, and it hopes that this will “result in a very different quarterly paid net ads pattern in 2023, with paid net ads likely to be greater in Q2’23 than in Q1’23.”

“While our terms of use limit use of Netflix to a household, we recognize this is a change for members who share their account more broadly. As we roll out paid sharing, members in many countries will also have the option to pay extra if they want to share Netflix with people they don’t live with,” Netflix mentioned in a report, while mentioning that the widespread account sharing causes a dent to Netflix’s business opportunities. The company also expects paid sharing and ads offering will help reaccelerate its revenue growth.

With paid sharing, Netflix subscribers will have the option to share passwords with their loved ones by paying an extra charge, with an “add a home” feature. While a subscriber will pay for each home that he/she buys for his family and friends. 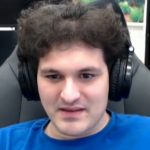 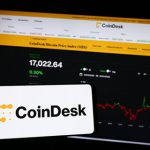