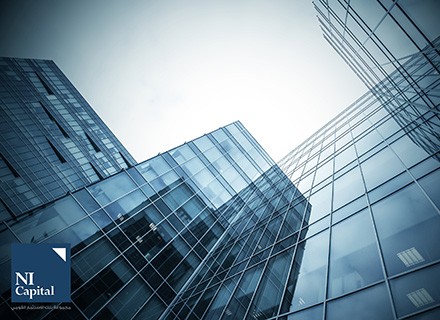 Even during the Covid-19 pandemic, NI Capital used the downtime to effectively prepare for the rebound

Established in 2015 as the investment arm of the National Investment Bank of Egypt (NIB). NI Capital has functioned as an independent, privately-managed financial services firm, regulated by the Financial Regulatory Authority (FRA). Since its inception, NIB assembled some of the most talented resources at NI Capital to lead the buildup of the traditional pillars of investment banking: asset management, private equity, advisory, and financial brokerage, and it was not long before NI Capital became an influential player in the investment banking universe in Egypt.

2021, in particular, has been a transformational year for NI Capital. We persevered during 2020 when the Covid-19 pandemic disrupted businesses, but we used the downtime to effectively prepare for the inevitable rebound. We kick-started 2021 by completing the acquisition of Arabeya Online Brokerage (AOLB), a leading retail brokerage company during the first week of the year to become the distribution arm of NI Capital. The trading volume at AOLB has doubled since the acquisition, and its market share went up by almost 70%. It has since moved up one notch on the league tables to become the 8th largest brokerage company in Egypt by the end of the year.

By the second week, we launched our first money market fund “Siula” which was 21 times oversubscribed at the time we closed its IPO in the middle of February, raising about EGP 1.08 billion Egyptian pounds, the largest amount raised for a money market fund public offering in 2021. Net subscriptions to “Siula” which was the first money market fund to be issued and managed by an investment bank in Egypt exceeded EGP4.6 billion by the end of the year. Siula invests in liquid and short-term financial debt instruments, including Government and corporate bonds, T-bills, banking deposits, certificates of deposits and other low-risk highly liquid instruments. We are proud to say that our total AUMs have grown during 2021 from around EGP1.0 billion to north of EGP5.5 billion.

On the equity capital markets front, NI Capital acted as the sole financial advisor for “efinance for digital and financial investments”, the leading national developer of digital payments infrastructure, on its EGP 5.8 billion ($367 million) IPO that was 10 times oversubscribed. It is worth mentioning here that eFinance’s IPO was the largest ever in local currency on the Cairo Stock Exchange and has added more than EGP32 billion to the aggregate market capitalization of the Cairo Stock Exchange by the end of 2021. On its first trading day, eFinance share price soared over 40 percent, but has since then readjusted to around 10 percent premium over the IPO price. It has not dipped below the IPO price so far…

NI Capital also acted as the sole financial advisor for select shareholders of Abu Qir Fertilizers on the accelerated sale of 10 percent of the total outstanding shares of the company at a value of EGP2.25 billion. The two transactions raised a combined $507 million during the fourth quarter of 2021. Demand was well diversified among investors from Egypt, the Gulf, Europe, the US, and South Africa and two-thirds of the allocations were made to international investors.

On the private equity side, our flagship investment in the non-banking financial sector, Tamweely for microfinance, continued its impressive expansion opening more than 100 branches by end of 2021 and growing its net income by almost 80 percent. It has extended loans worth more than EGP 1.2 billion ($76 million) to 9,718 clients during the first nine months of 2021, with almost 42 percent of the total loan portfolio dedicated to women, and the primary focus of the company is directed towards rural areas in Egypt. Since its establishment in 2017, Tamweely has extended microfinance loans worth approximately $221 million to more than 215,000 Egyptian citizens, which created an estimated 215,735 direct and indirect jobs.

As it relates to our agency private equity management services, Ayady has signed a partnership agreement to invest in Film Clinic Holding – a leading media production and distribution company in a transaction valued at about $4.8 million. NI Capital manages the private equity investment portfolio for Ayady.

Such achievements along with NI Capital’s successful track record resulted in the company earning two awards at this year’s International Finance Magazine Awards for 2021; “Fastest Growing Investment Bank in Egypt” for the third year in the row, in addition to “Siula” being awarded the “Fastest Growing Money Market Fund”.

A Look into the Future
NI Capital has been on a growth trajectory for the last few years despite the challenges we all faced as a result of the business limitations set by the Covid-19 pandemic. We expect to continue our business development focusing on the introduction of new products and enhancing our services to clients.

On the asset management front, NI Capital will continue to launch new funds to cater to the unsatisfied demand that has been identified for some investment products in the domestic market, while simultaneously growing our portfolio money management services for institutions and high net worth individuals targeting 25 percent growth in 2022.

On the private equity side, we will also continue to expand our investments into non-banking financial services as we are currently on the verge of establishing a new consumer finance company to complement our product offering in this sector.

On the distribution side, NI Capital will continue to expand its Arabeya online brokerage institutional and retail services and will invest in upgrading its existing digital platforms. NI Capital has also established an independent distribution arm jointly with Egypt Post to deliver various fund investment products to the Post Office customers in particular, and to reach out to the retail public in geographic areas that have not been traditionally covered by brokerage firms starting 2022. 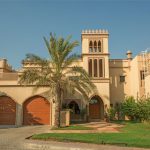 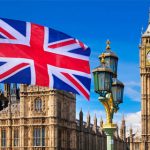