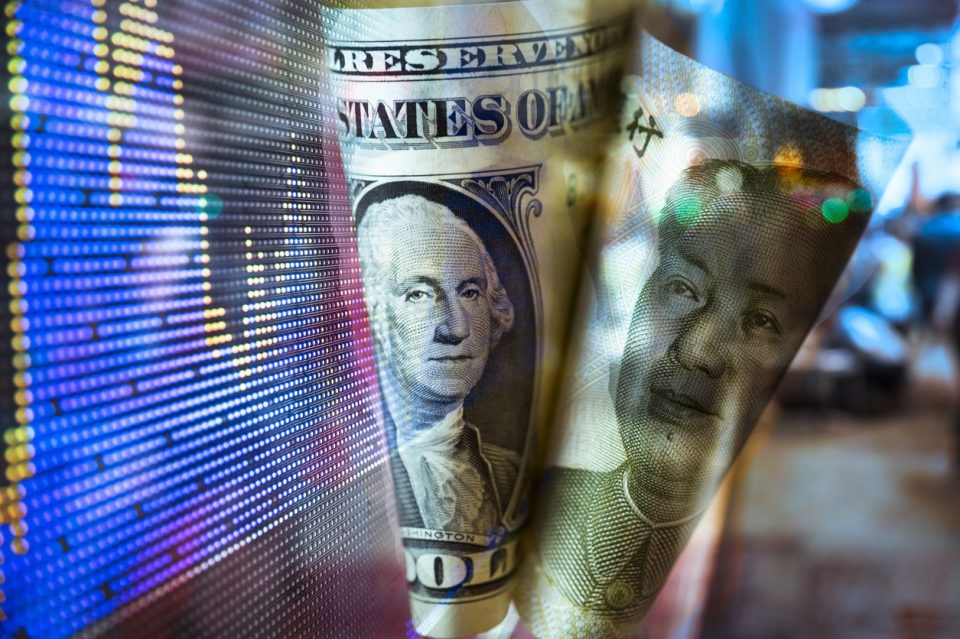 However, much like a tube of toothpaste being squeezed a little too hard, wage growth can suddenly accelerate when labour markets are tight

One thing is for sure: the US economy is closer to full employment than it was a year ago. More difficult to say is whether it is at full employment. So far, we’re still lacking much evidence that US wage growth is picking up steam. However, much like a tube of toothpaste being squeezed a little too hard, wage growth can suddenly accelerate when labour markets are tight. So, from an equity investor’s perspective, it’s better to think about the potential impact of rising wages on profits before it actually happens.

It’s intuitive to expect rising wages to have a negative effect on corporate profits. In principle that is correct, but I would make two important qualifications because intuition often leads to an over-estimation of the drag of rising wages on company earnings.

Firstly, all else being equal,if companies have to spend more on paying wages, there should be less profit left on the bottom line. But all else is rarely equal. Wages typically rise because labour has bargaining power, which tends to be the result of strong demand for a company’s products or services and therefore goes hand in hand with strong revenue growth. Revenue growth is, unsurprisingly, positively correlated with margins: when companies sell more, margins expand. And this tailwind tends to be much stronger than the coinciding headwind of rising wages. That’s why we get the intuitively surprising relationship in the chart below where US margins have tended to expand when average hourly earnings growth has accelerated. 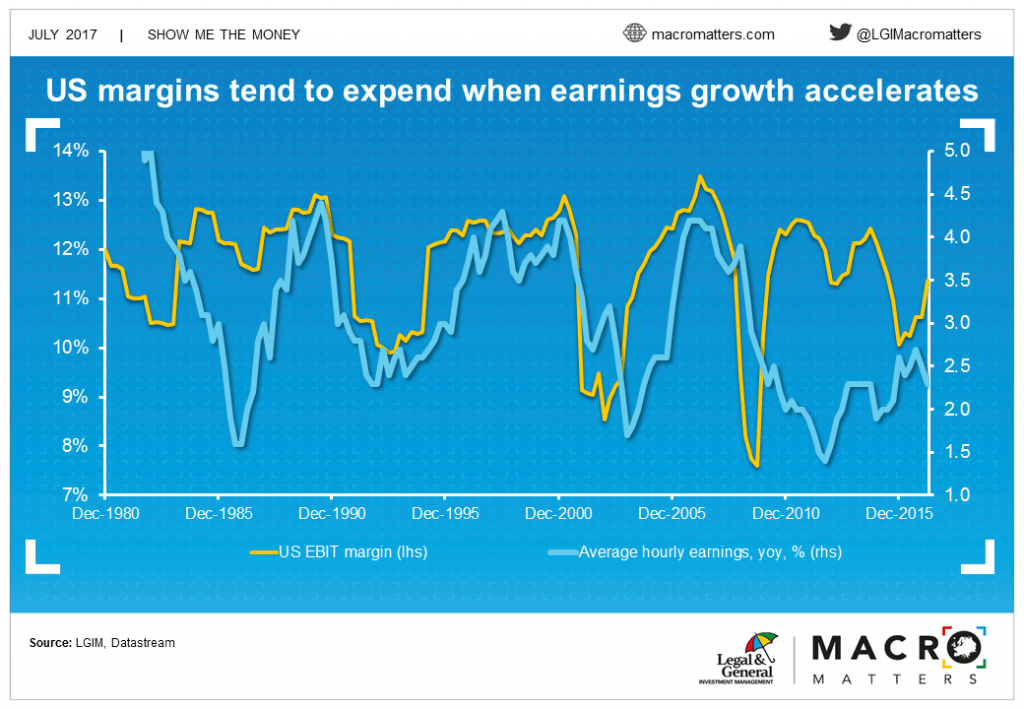 Secondly, we have to remember that a company has costs from many different sources; not just labour costs. There are the raw materials that go into the product, energy costs to power the factory, insurance costs, marketing costs, transportation costs, accountants, interest, taxes, the list goes on and on. Personnel costs are only one part of the equation and wages are only part of personnel costs. There are also taxes, pensions and other compulsory and voluntary social security contributions, some of which will be independent of wages.

A company has costs from many different sources; not just labour costs.

Taking the average S&P 500 company as an example, only a touch more than 10% went towards labour costs. This part is easily dominated by the 53% of revenues that go towards the cost of goods sold (excluding labour), 20% to SG&A (selling, general and administrative expenses), 4.6% for interest and taxes and less than 3% for depreciation. 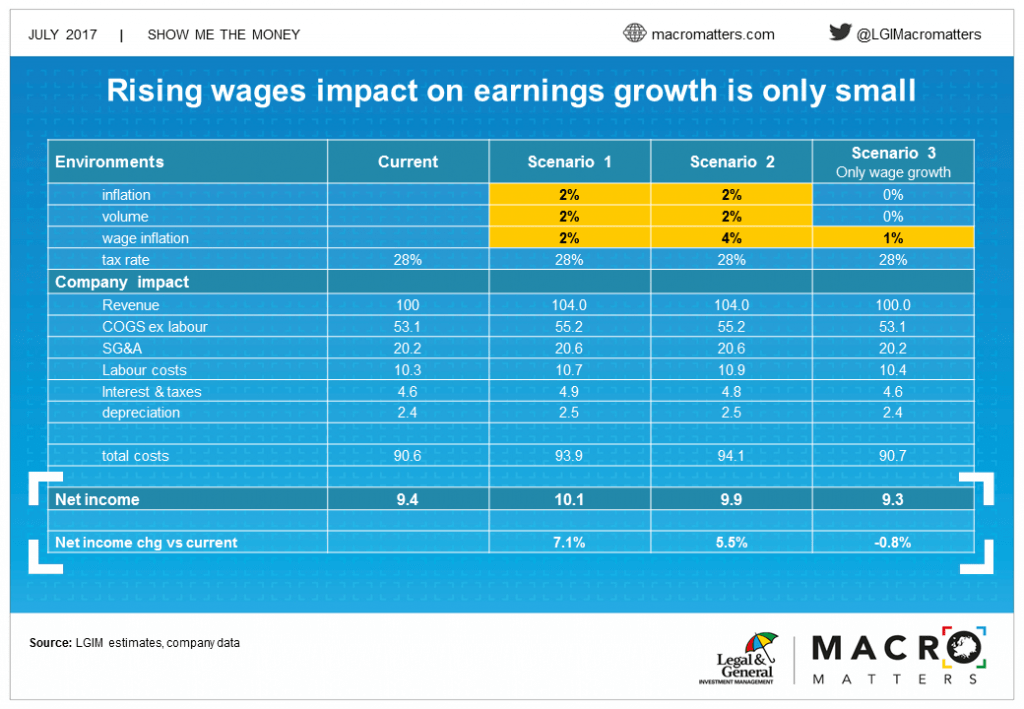 As a result, the drag of rising wages on corporate profits is only small. We estimate that a 1% acceleration in wage growth, in isolation (Scenario 3 in the table below), takes about 0.8% off the average S&P 500 company’s earnings. That is clearly too much to ignore, but in the context of decent earnings growth and the general uncertainty around earnings coming from the many factors it is influenced by, this can easily end up being a rounding error.

This effect becomes clear when we assume that the 1% acceleration in labour costs coincides with 2% inflation and sales volume growth, the difference between scenarios 1 and 2 shown in the table below, where earnings growth is 5.5% instead of 7.1%.

So, while we don’t want to make light of the headwind that accelerating wage growth is to profits, the drag is smaller than is often assumed and the effect is easily swamped by other macro factors such as global real GDP growth and inflation. 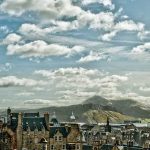 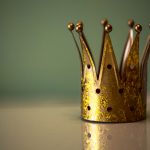