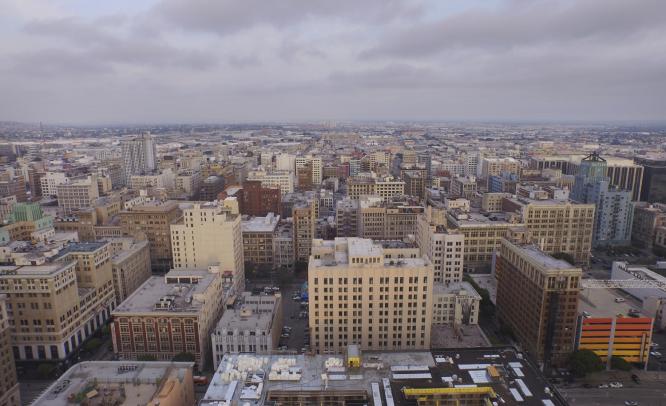 Review of The Art of Islamic Banking and Finance (2014) by Dr. Yahia Abdul-Rahman Camille Paldi January 7, 2016: This book is a fascinating account of the journey of Dr. Yahia Abdul-Rahman and his family from Egypt to America in 1968 in his pursuit of several MA degrees and a PHD. It also offers a glimpse into his rich professional life, which includes pioneering no-interest...

Review of The Art of Islamic Banking and Finance (2014) by Dr. Yahia Abdul-Rahman

January 7, 2016: This book is a fascinating account of the journey of Dr. Yahia Abdul-Rahman and his family from Egypt to America in 1968 in his pursuit of several MA degrees and a PHD. It also offers a glimpse into his rich professional life, which includes pioneering no-interest banking in the United States through his highly successful venture LARIBA Bank of Whittier in southern California.

The LARIBA system and Bank of Whittier serve all 50 states in America. They service a portfolio of no-interest financing that is worth approximately $400 million. In 2001 and 2002, Fannie Mae and Fannie Mac approved the LARIBA financing system.

Dr. Rahman says, ‘What is the first thing one thinks of when one hears the term Islamic banking?’ The most common answer was ‘vast amounts of oil money from the Gulf countries, which are waiting to find investment opportunities’.

However, Dr. Rahman explains the rich philosophical roots embedded in Christianity, Judaism, and Islam behind the no-interest finance principle and cites real-life examples how the majority of people and the economy become more financially sound and stable under a system where money is not rented, but where the bank acts as a finance house that invests in people, productive trade, and promotes economic growth and expansion.

Americans are definitely curious about this new brand of banking. Between 2000 and 2009, the LARIBA site attracted more than 1 million unique visitors who were exploring interest-free banking. In fact, LARIBA has been showcased on ABC Nightly News, The Los Angeles Times, USA Today, the Dallas Morning News, the Wall Street Journal, the Washington Post, the Houston Chronicle, the Chicago Tribune, and the Detroit Free Press to name a few.

When concerns about anything ‘Islamic’ arose in society after September 11, 2001, Dr. Rahman became involved in inter-faith activism and obtained a historic announcement from the Fuller Theological Seminary in Pasadena, CA that the Christian God and the Muslim God were in fact the same God and this pronouncement was published in the Los Angeles Times on December 3, 2006. In fact, the Bible is rich in language which condemns excessive interest and usury, as this creates hardship for the normal person and turns people into slaves of money-lenders. In fact, one can recall that in the Bible, Jesus went to the marketplace to crush stalls of money-lenders.  Jesus Christ stated that one of his goals is to drive money changers out of the temple (John 2:15-15; Matthew 21:12-13; Mark 11:15-18).  A story about community controversy in Nehemiah 5 concerns oppressive lending: It may refer to charging interest or to other tough actions, such as foreclosing on personal properties. It alludes to two reasons for debt: crop failure and imperial taxation. The story makes clear the results of default. One may forfeit fields, orchards and houses, and/or one may end up in slavery.

Rahman says that his brand of no-interest banking is in fact a manifestation of Christian, Jewish, and Islamic values particularly in concern to usury or renting money for profit, which is prohibited in all of the Holy Books. Basically, no-interest finance helps one to live within one’s means, avoid exorbitant debt, enables one to have more cash to invest in his/her business, children, homes, cars and education, promotes cash flow throughout the economy, promoting economic stimulation and growth as well as induces the optimal health of the individual, family, society and world at large.

S.C. Mooney, an author and Protestant opponent to interest finance, states, “What is being argued here is not a new idea or a new interpretation of the scripture. It is the historic position.  This is not a call to strike out in a new direction; it is a call to return to faithfulness to God.”

Throughout the book, the author explains the modes of no-interest finance compared to interest finance and the two foundations of the no-interest banking system, (1) Commodity Indexation and (2) Marking to Market. The no-interest discipline clearly states that fiat (paper) money can be used, and the US dollar may continue to be the reserve currency of the world along with, maybe the Euro, but gold or a basket of commodities may be used to calibrate the real value of the currency.

President John F. Kennedy and Secretary of State James Baker III (1987) have both approved and proposed these concepts previously in US history and monetary policy. John F. Kennedy attempted to introduce silver certificates with Executive Order 11110. In fact, at one time in history, the US dollar was backed by gold. Under the rule of the British empire, the British pound sterling and the gold standard were adopted around the world. In 1913, the gold cover for Federal Reserve notes was set by a 1913 law to be 40%. In 1945, the gold reserves against Federal Reserve notes were reduced to 25%, and to continue the inflation spiral, this figure (25%) had to be reduced to zero.

Toward the end of WWII, the US dollar and gold became the principal international reserve assets under the Bretton Woods Agreement. The US dollar became the world’s reserve currency, and was treated as if it were gold because the agreement defined its value to be $35 per ounce of gold.

On August 15, 1971, President Richard Nixon ordered the gold window closed, ending the international currency’s link to gold. In fact, the US constitution says that each state shall issue currency in gold and silver. Some speculate that the authors of the US constitution may have extracted this principle from the Qu’ran. Thomas Jefferson indeed did have his own Qu’ran collection and often studied these books for various principles of social justice, commercial dealings, fiscal and monetary policy, and treatises on government.

This no-interest discipline is implemented in order to price things fairly in the market while detecting any overpricing ‘bubble’.  It is interesting to note that Dr. Rahman, through his LARIBA system, detected the 2008 bubble as early as 2005 using the Commodity Indexation Discipline. This system helps to fairly define prices and to standardise and stabilise markets, allowing the efficient working of the market forces of supply and demand. It lays the foundation of fair pricing for products and services, based on real market values within an open and free market operation. Thus, we can see that the no-interest banking brand is not based on renting money at a rental price (interest), but on the actual measured fair market rent of properties, businesses and services. This system is also the main reason for the superior portfolio performance of LARIBA since 1988.

The author summarises that the no-interest banking and finance discipline, in an effort to neutralise the effects of the prevailing fiat currency in the local markets, requires that the financier first apply the Commodity Indexation Discipline to check, in a macroeconomic way, on the existence of a bubble in the business/asset that is being considered for finance. This process is followed by the mark-to-market discipline and approach, evaluating the economic prudence by calculating the real return on investing in this item, using its actual real market rental value.

In this way, it is affirmed that money is not rented with interest and that the rent is that of the market rent of the facility in the marketplace.

Through using the no-interest discipline, Dr. Rahman states that we may enter into a new era where:

1. We normalise prices expressed in fiat money in order to be expressed in the real no-interest value of that currency in terms of staple food and other commodities that are in the economy.

2. Apply the Commodity Indexation Discipline for the early detection of local or international economic bubbles. Use the no-interest currency to measure prices and disengage fluctuations due to normal supply-and-demand factors from major change due to speculation.

3. Devise a fair and intelligent tax policy that will enhance the vibrancy of the economy and create new job opportunities and prosperity leading to peace, happiness, and more production, leading to world peace among all nations.

The author explains the concept of money, the money creation process, the fractional reserve banking system, the financial crisis, spells out US banking regulations and the supervision process, details the US banking system (state, national, federal reserve), discusses conventional and no-interest banking products, and shows how the no-interest model fits into the US banking and legal system without having to change the laws of the USA.

Dr. Rahman consistently backs up theory with real-life examples and case-studies, giving a firm impression and understanding of how the no-interest finance models work in the real banking world and the real results. In addition, a series of review questions at the end of each chapter helps solidify the reader’s understanding of core banking concepts.

He articulates how the most historic moment for the LARIBA no-interest finance model came in 2001 when it got approval from Freddie Mae. In, 2002, Fannie Mae followed suit. With their support, LARIBA went from financing 2-3 homes per month for US citizens to 50.

Another first in the history of the US financial system was LARIBA and Fannie Mae joined forces to issue no-interest mortgage backed securities.

This book is definitely worth reading for anyone curious about no-interest finance and its benefits and success rates as compared to the conventional banking system. 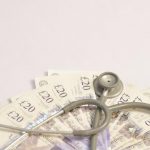 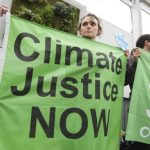