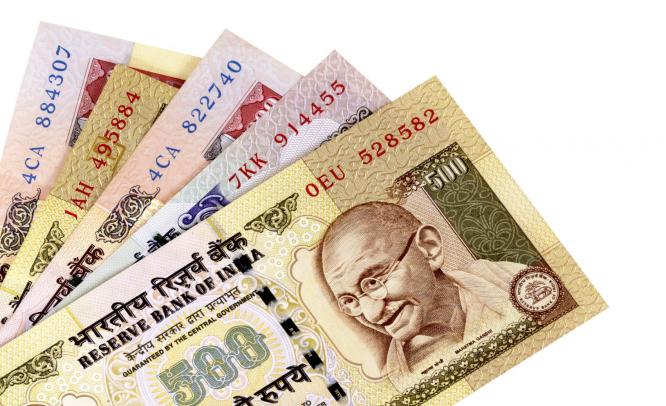 An update on the status of Islamic finance in India Camille Paldi April 22, 2016: India is a continent full of entrepreneurs, accountants, lawyers, IT practitioners, bankers, finance professionals and more, and is projected to become one of the two largest economies alongside China in this century. Although operating in a caste system with a wide diaspora of wealth and incomes, it is emerging as...

An update on the status of Islamic finance in India

April 22, 2016: India is a continent full of entrepreneurs, accountants, lawyers, IT practitioners, bankers, finance professionals and more, and is projected to become one of the two largest economies alongside China in this century. Although operating in a caste system with a wide diaspora of wealth and incomes, it is emerging as an economic powerhouse with a large and affordable labour force as more people are accessing education and emerging in the middle classes… a phenomena also widely seen across China.  Along with Chinese, you can find Indians in large numbers in the top business schools in the USA and Europe and taking the top positions in US companies, such as the CEOs of Google and Microsoft. In fact, I have never known an Indian not to take a business opportunity. Therefore, I believe there is a tremendous potential for Islamic finance in India with the amendment of the Banking Regulation Act of 1949.  This brief article aims to give a brief snapshot of the current situation of Islamic finance and banking in India and is based upon the Report of the Working Group to Examine Financial Instruments Used in Islamic Banking, Reserve Bank of India, Department of Banking Operations and Development, Central Office, Mumbai, July 2006, various research papers, magazines, and newspaper articles.

Currently, the Banking Regulation Act of 1949 does not allow Islamic banking in India. Section 21 of the Banking Regulation Act 1949 requires payment of interest. Sections 5 and 6 disallow banks to enter into any profit-sharing and partnership contract. Section 8 forbids murabahah or the buying, selling, or barter of goods. Section 9 prohibits banks to own any sort of immoveable property for a period greater than seven years apart from for private use, which is in contradiction to Ijarah for home finance (Majeethia and Bose, 2014:22).

In regards to provision 6 of the Act, in addition to the business of ‘banking’, banks are permitted to engage in business as prescribed under clauses (a) and (b). In terms of Islamic banking, this form of ‘banking’ involves active trading, purchase and resale of properties and investment etc., which is not permissible under the Act.

In reference to providing an Islamic banking window in a branch of an Indian bank, the branches are only allowed to undertake those activities, which are permissible to a banking company in India as per the provisions of the Act and are, therefore, not legally allowed to operate in India. In addition, there may be constraints in regards to the regulatory aspects of Islamic Banking in terms of the bank rate, maintenance of CRR and SLR, and liquidity surplus and shortage, which involves the concept of interest.

Thus, amendments would have to be made to the Act before Islamic banking and Islamic windows are legally allowed to operate in India (excerpts of the letter written by RBI to the government of India, July 18, 2007).

According to the legal opinion from the Legal Department of the Reserve Bank of India, Report of the Working Group to Examine Financial Instruments Used in Islamic Banking, Reserve Bank of India, Department of Banking Operations and Development, Central Office, Mumbai, July 2006, ‘the concept of Islamic banking should be dealt with as a completely different sector with separate norms to address the specific structure and contents of the financial instruments in Islamic banking’.

The legal opinion states, ‘If the banks in India are to be allowed to do Islamic banking, appropriate amendments are required in the Banking Regulation Act of 1949 and separate rules and regulations may have to be framed to permit them to do the business in view of the special characteristics of financing they adopt’.

Therefore, India may also consider creating a completely separate industry from banking called ‘Islamic banking’ and promulgate a separate Act, such as the Islamic Banking Regulation Act, 2016, in order to facilitate Islamic banking in India.

Islam recognizes capital as a factor of production, but does not allow the factor to make a prior or pre-determined claim on the productive surplus in the form of interest. Islam allows the owners of capital a share in the surplus, which is uncertain. Profit-sharing is permissible in Islam, while interest is not, as in the case of the former, it is only the profit-sharing ratio, not the rate of return itself that is pre-determined.

Profit-making is acceptable in Islam as long as these profits are not unrestricted or driven by the activities of a monopoly or a cartel. Islam deems profit, rather than interest, to be closer to its sense of morality and equity because earning profits inherently involves sharing risks and rewards. Profit-making addresses the Islamic ideals of social justice because both the entrepreneur and the lender bear the risk of investment. Thus, the interest is replaced by profit and loss sharing arrangements, where the rate of return on financial assets held in banks is not known and not fixed prior to the undertaking of the transaction. The actual rate of return can be determined only ex-post, on the basis of actual profits accrued from real sector activities that are made possible through productive use of financial assets.

Financial transactions, in order to be permissible, should be associated with goods, services, or benefits. Besides trading, Islam allows leasing of assets and getting rentals against the usufruct taken by the lessee. All such things/assets corpus of which is not consumed with their use can be leased out against fixed rentals. The ownership in leased assets remains with the lessor who assumes the risks and rewards of ownership.

In Islam, money represents purchasing power, which is considered to be the only proper use of money. This purchasing power (money) cannot be used to make more purchasing power (money) without undergoing the intermediate step of conversion into kind i.e. by acquisition of goods and services (Report of the Working Group to Examine Financial Instruments Used in Islamic Banking, Reserve Bank of India, Department of Banking Operations and Development, Central Office, Mumbai, July 2006).

In May 2013, the Bombay Stock Exchange (BSE) became India’s first stock exchange to launch an Islamic-focused Index, the S&P BSE 500 Shari’ah Index. This may allow India to attract investment from overseas funds that choose to invest only in Shari’ah-compliant firms and indices.

In August 2013, the RBI allowed a firm in the southern state of Kerala to operate as a non-banking financial company (NBFC) that follows Islamic principles, which is a small step towards developing Shari’ah compliant finance in India. There are now over 12,000 registered non-banking financial companies registered in India today. Most Shari’ah compliant investment and business in India occurs through the NBFCs.

In August 2013, a Shari’ah compliant financial institution was established by Cheraman Financial Services Limited (CFSL) with Kerala State Industrial Development Corporation (KSRDC) being the single largest shareholder, holding 11% shares. CFSL has already received clearances from the RBI, the Security and Exchange Board of India and the Wakf Board. CFSL will engage in the infrastructure, services, and manufacturing sectors and has an initial capital of INR 1,000 crore (Majeethia and Bose, 2014:20).

It has already funded start-ups and infrastructure projects and floated the Rs 2.5bn Cheramun Fund, a private equity fund with a minimum of Rs 10 million set by the Securities and Exchange Board of India (SEBI) per investor. It has a subsidiary, Cheramun Infrastructure, which channels ethical developments to developing world class industrial infrastructure in Kerala (Arab News, 2014).

Thus, Shari’ah compliant finance is occurring on a small scale through non-banking financial companies and law firms in India. However, in order to operate full-fledged Islamic banks and Islamic windows, an amendment to the Banking Regulation Act 1949 may be required. Alternatively, India may consider creating a completely separate sector for Islamic banking with separate legislation. This is a business opportunity, which India should not miss! 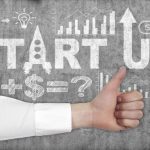 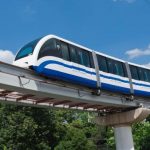