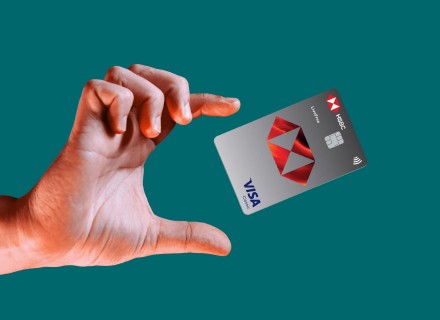 Initially, there was a revolution of contactless transactions, but now debit cards and credit cards are going numberless.

Increasingly, banks are removing information such as the expiry date present on the back of the card and the 16-digit long number on the front. Some of them are not even printing them anywhere.

For decades, bank cards had a largely looked uniform. They were rather utilitarian, with the account holder’s name, a long number, and the “valid from” and “expires end” dates, and carried the short code and account number on the front of the card and the three-digit card security code on the back.

Now, with the personal information and numbers printed on the back of the card, it is now more typical to have a rather plain and uncluttered front or even an eye-catching image.

A payment service called Curve, in early 2020 launched the “first numberless cards in Europe”. The company’s investors were provided these cards that did not have the numbers on them.

Since then, Chase has been providing the current account holders with a numberless debit card which has become a huge hit in the UK. It is believed that this provides the customers with an additional layer of security.

While some consumers have lauded the change, others have stated that payments over the phone or online are much simpler. There is a recent trend when it comes to the high street banks.

Earlier this year, Barclaycard had redesigned its credit cards to remove numbers from the front, while a new-look debit card was rolled out by NatWest where “all the usual card info is now on the back”.

HSBC, Halifax, and First Direct have also followed suit. Some might wonder that moving the numbers to the back of the card and other design changes were about aesthetics, but for the banks, it’s all about wooing the ‘Instagram generation’ by making these refreshing changes.

However, there are other factors that come into play as well, some of which are a result of the quick rise of digital wallet services like Apple Pay. According to First Direct, the redesign will make it simpler to locate your card when browsing via a digital wallet.

Meanwhile, HSBC stated that it wanted the front card design “to be simple, clean and effective to benefit our customers with disabilities. By moving all the text to the back of the card, we were able to go bigger and bolder with the text without interrupting the front design of the card.”

By moving the numbers to the back there is a level of improved security as the details of your card will be less visible to the people nearby.

Chase, which launched last September in the UK, said, “A customer’s card details are stored behind a secure login on its app, so people are not putting their personal details at risk if they lose their physical card. It adds that should a customer ever need to replace their card details, they can instantly generate new ones in the app.”

However, one customer put out a tweet stating that the numberless card was “annoying”.

“Each time I pay, I have to open the account and find the number instead of simply looking at a card and typing the number. Pretty pointless bit of security,” the customer added.

The bank claims that by tapping the blue card at the top of the home screen and then selecting the “view details” option, you can easily access your card information within the app.

If you are returning or collecting something and are asked for a card number, it says you need to find the transaction in the app and scroll to “card ending with”.

It states you must locate the transaction in the app and scroll to “card ending with” if you are asked for a card number while returning or picking up something.

It further added that most places only need to see the last four digits.

A spokesperson said, “We hear consistently from customers that they view having a numberless card as an advantage in protecting against fraud and theft.”

A customer tweeted that shifting to Chase was “the best thing I’ve ever done”.

The customer went on to add that if al all there were problems with the numberless cards “they just change the card number remotely, and no need to send one out unless you lose it. If you do lose it, there are no details on it for a scammer to use.”

Armen Najarian at Outseer, which specialises in anti-fraud solutions, believes that despite Chase having no numbers on their cards, they are still vulnerable since “digitally” a card number does exist.

“In the overwhelming majority of fraud cases, the fraudster never sees the card as these attacks tend to happen online… So, if a card number exists – physically or digitally – it’s up for grabs,” he warned.

Santander said it does not currently have any intentions to bring out numberless cards in the UK, despite having introduced them in countries like Mexico.

Guardian Money had gotten in touch with one UK bank which said that they had thought of going the numberless route but later decided against it and backed out.

“Removing all card details forces customers to obtain these digitally. And moreover, many people are not digitally active,” the bank said.

However, David Griffiths at the payment technology firm Contis said, “Not printing the card numbers on the back of the card is presently a bit of a novelty. But if people come to believe it makes their details more secure, demand for such cards will grow. Primarily, I think numberless cards look neat, and we are going to see more of them because they look neat.”

Why numberless physical card more reliable than traditional physical card?
While information like the card number and expiration date, which are typically written on standard cards, would instead be retained in the physical card’s chip, the numberless physical card just displays the cardholder’s name. These details would be shown on the digital card via the bank’s mobile app, further strengthening privacy and security standards, along with the card verification value (CVC2) typically written at the back of traditional cards. To access the necessary information for online buying, cardholders need to log in to the bank’s mobile app and confirm their identities.

Why are numbers removed from cards?
Card fraud has been a major problem everywhere. Card fraud events cost the global economy approximately USD 27.85 billion in 2018, or roughly 6.86 cents for every USD 100 spent using cards. One of the most popular methods of card fraud entails thieves gaining access to data like the card number and CVV before duping cardholders into disclosing pin codes or one-time authentication passwords provided via SMS for fraudulent transactions made with the card. There is no way for criminals to discover your card number and subsequently carry out a scam to obtain your authentication credentials when numbers are removed and all data is securely encrypted in the EMV chip on the card.

Restrictions on transactions using numberless physical card
In addition to the transaction cap set by the bank, certain financial institutions may allow cardholders to customise monthly spending caps for each consumption category using their mobile banking apps based on their individual spending patterns. The system will automatically cap the transaction once their corresponding consumption amounts have been reached. In order to dramatically increase the effectiveness of financial management, cardholders can also examine transaction records in real-time using the bank’s mobile app.

What future holds for numberless cards?
Every major economy in the world is seeing a rapid increase in the number of banking and fintech companies introducing cutting-edge numberless payment card services. Customers find the advantages of holding a numberless card to be more alluring as the ecosystem develops because competition keeps prices low and services profitable.

Mastercard launches numberless card in Pakistan and MEA
Building on the partnership announced in Pakistan in 2020, SadaPay and global payments technology company Mastercard are issuing numberless and contactless-enabled cards in the Middle East & Africa (MEA) region which is said to benefit users to transact in a simple, fast and secure way.

The new offering has been designed to provide SadaPay users with a safe and simple way to transact both online and offline. The physical version of the card is completely numberless, both front and back, thus providing the ultimate protection from the prospect of theft of personal and financial information. Cardholders can use the card to make e-commerce payments as their card details are safely stored within the SadaPay app.

The launch of the numberless card is the first implementation of Mastercard’s Digital First program in Pakistan and the wider MEA region. This technology will set the stage for a more advanced digital payment landscape in the country offering cardholders with contactless and safer ways to transact.

“Our focus is to deliver a safe and secure digital experience to all cardholders. Mastercard is a trusted partner that enables issuers and merchants to leverage technologies such as the numberless cards to ensure safety of e-commerce and over-the-counter transactions in order to protect consumers and merchants against fraud. We are truly excited to be launching the first numberless card in Pakistan and the MEA region in partnership with SadaPay. We continue to partner with digital players across the region to launch exciting digital solutions and share innovations to advance financial inclusion, bringing us closer to a world beyond cash,” said Ngozi Megwa, Senior Vice President, Digital Partnerships MEA, Mastercard. 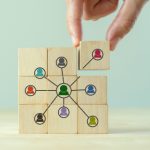 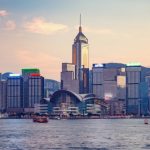 Hong Kong may lose its status of financial hub