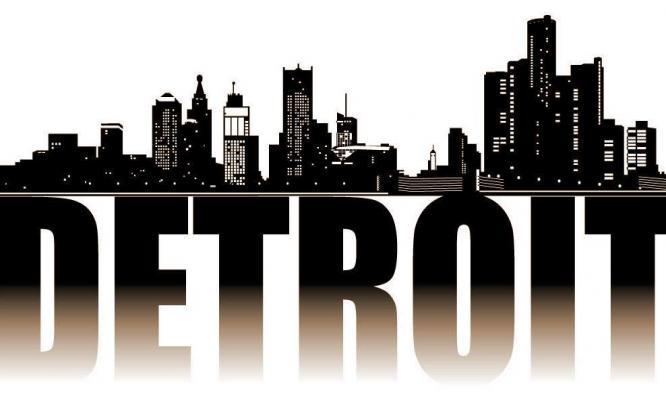 The motor city’s working class have suffered a huge decline in the living standards and city workers who bear no responsibility for the crisis are to be thrown into poverty. 29th August 2013 Earlier this month, Treasury Secretary Jack Lew made it clear that Detroit had to resolve its own problems through the bankruptcy court , speaking on ABC News ‘  “This Week” program, he...

The motor city’s working class have suffered a huge decline in the living standards and city workers who bear no responsibility for the crisis are to be thrown into poverty.

Earlier this month, Treasury Secretary Jack Lew made it clear that Detroit had to resolve its own problems through the bankruptcy court , speaking on ABC News ‘  “This Week” program, he said that “ when it comes to the questions between Detroit and its creditors, that’s really something that Detroit is going to have to work out with its creditors”. When asked on why Detroit was receiving different treatment than the Wall Street banks and the auto companies, Lew said the situation was different at the time of bank bailout because the entire US economy was hanging in balance. “The situation in 2009-10 was unique, and it’s something we hopefully never see again”, he declared. Echoing his statements, Jared Bernstein, former economic adviser to Vice President Joseph Biden said “For the government to intervene, it’s a big deal. You only do so if the alternative is a market failure that will have systemic disruptions to the economy. That was the case then. I don’t think that’s the case here, he said.”

Jerry White, who writes for the World Socialist Website deferred on the statements made by Obama’s administration, he exclaimed the reluctance of Obama administration to bail out Detroit as “cynical and crude attempts to cover up”. He said, Bush and Obama allocated virtually unlimited public funds to bail out Wall Street because the beneficiaries were wealthy elite. When Obama bailed out the auto industry he insisted the federal loans to  Chrysler and General Motors be tied to a 50 percent cut in the wages of newly hired workers, on the contrary, no action had been taken against the erring bank executives and speculators responsible for the  2008 financial meltdown. Obama also blocked a proposal by the Congress to cut down the multimillion dollar pay packages of top executives of bailed-out companies and his administration has refused to indict even a single leading Wall Street executive. White says, his policies have inflated the banks to bigger sizes and made the CEO’s and speculators richer. Detroit automakers took in $ 12 billion in profits last year.

Obama left the decision of not bailing out Detroit to one of his trusted lieutenants, his ex White House chief of staff and present treasury secretary Jack Lew. Like his acclaimed predecessors, Rahm Emanuel and William Daley, Lew passed through the “revolving door” between Washington and Wall Street and made millions. After serving in the Clinton Administration in the capacity of chief-budget-cutter, he moved to the Citigroup in 2006 to head its Alternative Investments Unit, which helped banks issue toxic mortgage backed securities during the subprime boom and then bet that those investments would fall on value, at CitiGroup he received a salary of $ 1.1 million. Later when he joined the Obama administration, and after Citigroup had received $ 45 billion in tax payer money, he got a bonus of $ 900,000 million.  Revolving gate is a political vocabulary which means hiring people who have high positions in the government who can use their bureaucratic powers to seek favourable legislation or regulation in exchange of high salaries.

The motor city’s working class has suffered a huge decline in the living standards and city workers who bear no responsibility for the crisis are to be thrown into poverty.

In an interview with the New York Times, Obama critically lamented on the lack of social mobility and the growth of inequality in U.S., while saying nothing about the plight of retirees in Detroit, majority of whom will lose their health care benefits and pensions due to the bankruptcy. Obama has ignored the proposal to bailout Detroit despite repeated talks by Kevyn Orr and Mayor David Bing with Obama’s senior adviser Valerie Jarret over the last four months.

Shadow of its Former Self

Retired Fire Chief, Jerry Franklin Smith who spent 39 years battling blazes in Detroit is worried that if a bankruptcy judge allows the city to wipe out its obligations to his pension fund he might need to fend himself by scouting a job at the age of 78. Police and fire fighters do not qualify for the federally run Social Security Pension Plan, the retirees have to depend upon the city run plan for their pensions. Many retirees are fuming at the fundamental unfairness of being asked to pay for a financial crisis caused by decades of mismanagement, rampant corruption and socio economic problems.

Nearly 100 creditors from Detroit, which petitioned a federal court for Chapter 9 bankruptcy, have filed their objections citing the bankruptcy as unconstitutional. The objections were filed from public sector unions, whose retirees and pensioners will stand to lose heavily if the city’s bankruptcy filing under Chapter 9 were to proceed. The creditors are disputing the debt assessment by emergency manager Kevyn Orr, the unions allege that Orr is inflating the debt levels to support the political agenda of Governor Snyder and are worried that the federal court will “void” a statute in the constitution that protects pensions from bankruptcy restructuring. However, bankruptcy experts feel that the objections filed by the creditors is more or less “perfunctory” and the US Bankruptcy Judge, Steve n Rhodes may not give precedence to the arguments that Detroit’s bankruptcy filing would be unconstitutional. They opine that federal law on bankruptcies will preside over state constitutional requirements.

International Financial Magazine , concurs with the opinion of Jared Bernstein who says the financial meltdown in 2008 and the current crisis is out of comparison, the government had to intervene to stop the meltdown by injecting liquidity to the auto makers and banks, without a bailout both companies would have closed and liquidated which could have been a “death knell” to America’s manufacturing industry, the bankruptcy of Detroit is a “state failure” caused due to mismanagement, corruption and high handedness of unions. However, we empathise the retirees and people who have dedicated their lives to the public sector, like the case of Mr. Smith in particular who have rescued people and fought blazes all through their lives and need a job at the twilight of their lives to support themselves.  As suggested by Mr. White what America needs now is the building of an industrial and political movement of the working class against the financial dictatorship of the banks and big businesses. 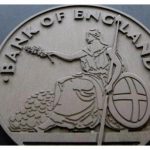 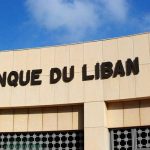 Lebanon- Hope Amidst Chaos and Turbulence