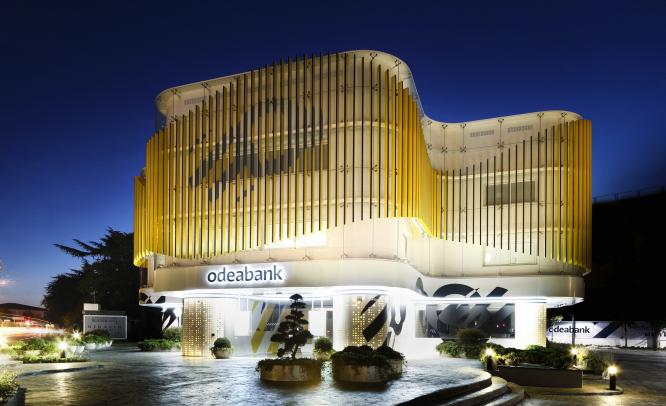 An interview with Hüseyin Özkaya, CEO of Odeabank June 29, 2016 : Where does Odeabank stand in Turkey’s banking sector? Seizing the competitive edge through its distinctive advantages, such as effective risk management principle, strong shareholder base, experienced and committed personnel aspiring to success as well as efficient technological infrastructure, today Odeabank is ranked number 9 in balance sheet size among all private deposit banks, and...

An interview with Hüseyin Özkaya, CEO of Odeabank

Seizing the competitive edge through its distinctive advantages, such as effective risk management principle, strong shareholder base, experienced and committed personnel aspiring to success as well as efficient technological infrastructure, today Odeabank is ranked number 9 in balance sheet size among all private deposit banks, and number 8 in deposit volume.

In addition to fast growth, Odeabank continues its operations by focusing on digital channels with regard to the banking needs for anyone who cares about their lives and time. Therefore, ‘making customer experience easier’ is of utmost importance for Odeabank.

What role does technology play in your growth?

The bank stays a step ahead of competitors by using advanced technology and creating effective business processes with an innovative approach and encouraging its stakeholders to use technology, think creatively and be innovative.

As Turkey’s innovative and dynamic bank, with its technology-focused perspective, Odeabank has been offering its customers a distinguishable banking experience since the first day of its operations under ‘Direct Banking’, which reflects Odeabank’s innovative character, and shapes its investments accordingly.

What role do customers play in shaping developments?

With a view to offering customers the journey throughout which they feel most special, Odeabank listens to its customers via methodologies that have been acknowledged and applied in various sectors across the world. Accordingly, before launching its mobile application, Odeabank re-designed its internet branch, mobile branch, ATM, IVR menu, digital screens and kiosk screens. Anticipating the future to be a mobile-focused one, Odeabank introduced uniformity in the flow of all transactions through various channels. Thus, customers can expect the same interface, user experience and menu across channels.

What was the response from customers?

As a result of Odeabank’s innovative approach, 400,000 customers availed services from Direct Banking channels in 2015. These channels performed 9.5 million transactions, corresponding to a volume of 6.7 billion TRY. Additionally, the introductory videos of Odeabank were watched more than 3 million times and the mobile application was downloaded by over 100,000 people.

What initiatives have you taken to push internet banking?

With a view to providing a better user experience to customers, Odeabank puts functionality and user experience at the forefront, thus increasing the transaction variety. Based on user habits on different devices, touchscreen usage and the customer needs for communications and services, Odeabank aims to bring new features to internet banking.

There is an increasing trend for use of touch-screen devices. That is why Odeabank transformed its existing internet banking front-end to a fully touch-screen compatible version. Building new wireframes, Odeabank focused on fundamental user experience principles such as easy navigation, use of easy to understand terminology, easy to follow steps of transactions, and easy to make data entry.

What about mobile banking?

Mobile is the future of banking, and Odeabank had embraced its full potential faster than its competitors. As the most innovative bank in Turkey with a solid ‘mobile-only’ strategy, Odeabank created a revolutionary mobile banking experience. The goal was not only to create the best user experience possible, but also to unify it across all channels and provide native device experiences at the same time. Odeabank decided to have a single application in application stores. This decision differentiates Odeabank from its competitors because they mostly offer multiple applications for different purposes, which are quite confusing for customers.

Odeabank delivers many features to both Odeabank and non-Odeabank users with its mobile application. One can reach the mobile application through the App Store on iOS devices, through Google Play on Android devices and through the Windows Store under the name ‘Odeabank’ on Windows phones.

What are the distinguishing features of your mobile app?

When it comes to the features that everyone can make use of, the app can scan QR barcodes on cheques, providing information to users. One can also learn residential property prices, the exchange rate of the sales price of a residence or rental values, and compare the rental values via REIDIN Residential Report. With REIDIN Residential and the enhanced reality application within, users can see surrounding housing projects, sample prices and demographic information only by using their phone cameras, make a video-call through the Contact Center and reach immediately features such as market data, foreign currency converter and credit/deposit calculator.

In order to be an Odeabank customer, filling in a short form via the mobile application is enough. Odeabank customers can log in to Internet Banking and Mobile Branch by using one-time passwords and Odeabank Pass’O application. They can carry out many transactions, including money transfer, bill payments, account transactions, deposit and card information, which they do via Internet Banking on Mobile Branch.

The Odeabank reward program targeting channel migration is called Odeabank Kazandiriy’O (Odeabank Makes You Win).  Due to this strong multi-channel gamification platform, Odeabank mobile app is unique among its competitors.

Odeabank customers can earn points through Odeabank Kazandiriy’O from their actions in mobile application. Customers can win prizes by participating in a monthly contest. They also earn badges and increase their levels that they can share through social media to compete with others.

The Odeabank Kazandiriy’O application enables different kinds of discounts on mobile applications, thanks to partnerships with different brands. Users can stay updated on these discounts via the application.

What role do ATMs play in your plans?

Odeabank invested only in touchscreen ATMs from the first day, as it believes that ATM front-ends should not differentiate from internet or mobile. If Odeabank had not invested in touchscreen ATMs, it would have been limited to the eight buttons located next to the screen while designing wireframes. This innovation also differentiated Odeabank from its competitors because none of them has the advantage of having all ATMs with touchscreen capability.

However, believing that customers over a certain age would still prefer the classical interface, Odeabank did not want to push all our customers to use the new design. That is why we provided ‘Classical Interface’ and ‘Modern Interface (Unique)’.

Modern Interface provided the same UI/UX with mobile/internet channels in addition to unique features such as ‘selecting the banknotes to be withdrawn’. Where modern interface should be considered a unique customer experience in all channels, customers are able to switch from one design to the other.

Odeabank ATMs has, of course, the functions of cheque deposit, real-time cash deposit in TRY, USD, EUR and card-less transactions, which have almost become the industry norm.

How are you using your banking experience to improve customer service?

With a view to harmonising the latest technology with its banking services, Odeabank has designed every inch of its physical space — from 24/7 self-service areas to waiting areas — by taking comfort of its customers into serious consideration, and has initiated different applications to make the time passed in a branch productive.

What is your vision for the bank?

Odeabank has the vision to be the first bank that comes to mind when it comes to banking needs for anyone who cares about how they spend their lives and their time in Turkey. Odeabank will tap the right business models, technological infrastructure and human resources strategies, and will continue to shine as a strong example of the Turkish banking industry. 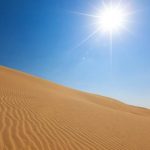 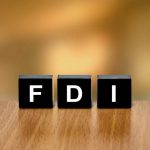