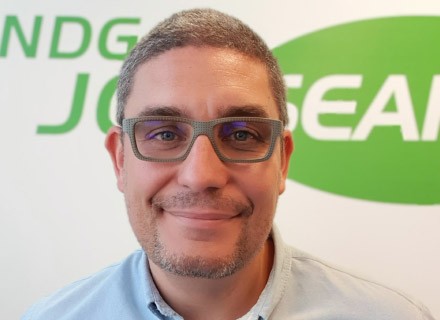 Despite persistent challenges, the outlook for global oil and gas salary hikes are higher today than two years ago

The theme emerging from the survey is that the oil and gas employment market is rebounding after two to three years of contraction and crisis following the steep decline in oil prices. Despite the fact that the oil and gas industry is still only slowly clawing back to its past position, employers are looking to hire, spend more on salaries, and training and benefits for their workforces.

Challenges around an ageing workforce, talent shortages and gender imbalance and gender pay gaps remain. But as Karim Abdellaoui, regional manager of Middle East and Asia at oilandgasjobsearch.com, a part of CareerBuilder, tells International Finance in an exclusive interview, it is becoming easier for oil and gas companies globally to overcome those challenges now more than ever before.

International Finance: Oil prices are just stabilising after remaining low for the past few years. What is the reason for the positive outlook in terms of future recruitment numbers on the part of employers and the reported salary hikes among employees despite the oil price situation?

Karim Abdellaoui: There is a very positive outlook ahead in terms of increase in salaries within the oil and gas market. What really caused that is the stabilising oil prices due to which there are a lot more investments coming into the industry now. With that, there are more projects coming to fruition, again causing an increase in salaries, not just within the Gulf markets.

Asia Pacific and the Middle East markets are seeing significant opportunities for growth. In terms of growth, they are pushing it a bit more in the Middle East, but obviously things change quarter-to-quarter for projects.

International Finance: What does the oil and gas employment outlook for the Middle East and North Africa look like for the rest of 2019 and further into early 2020?

Karim Abdellaoui: For the Middle East, in particular it looks very positive as there are many projects coming live. Back in 2017, the oil and gas markets were slow in general. In the Middle East, it has worked out very well even in the downturn. There are a lot of projects based in Abu Dhabi and large refining projects taking place in Oman. So, a significant amount of investments are being pumped into these particular countries — and then there is the Kingdom of Saudi Arabia, where Aramco has released a number of projects into the market. That seems to stimulate high growth opportunities which, in turn, results in salary increases in the market.

From North Africa’s perspective, Egypt as a country is seeing solid investments in its oil and gas markets. Libya and Nigeria have suffered a little bit in the recent years with ups and downs, but I think those markets are also starting to stabilise and look very positive. Also, while speaking to our old and current clients it has become obvious that their local markets are looking quite positive. Morocco, for example, is seeing a huge amount of investment in renewable energy, which is also a solid market for North Africa. That said, Gulf countries obviously lead the way in oil and gas market employment in the MENA region.

Karim Abdellaoui: The Gulf countries and APAC have seen a rising nationalisation focus. I have been in the oil and gas market in the Middle East for 12 years. What I find is that with the nationalisation, projects and initiatives from a few years ago, there is fresh talent coming in now. The type of investments in each of the Gulf countries particularly is helping a lot with the skills shortage gap we have in the industry. Now, the Emirati nationals and Saudi nationals are upskilling and developing the industry and the countries are investing more in people to bridge that gap for the future.

International Finance: What will be the effect of digitalisation and automation on global and Middle East oil and gas employment?

Karim Abdellaoui: I think it is very positive. Digitalisation is obviously something that people are getting equipped with and in some ways, it is sort of early to measure that. From what I have seen of people embracing it, I think it is very positive. Although people might be worried that automation could result in job elimination, there is still a human element needed, especially in the oil and gas industry. But from a technological perspective, I think it is only natural that over time technology will evolve and work hand in hand with the human element. I also think it is being embraced in the Middle East because people are very tech savvy and companies want to be ahead of the game.

International Finance: What is the oil and gas employment outlook for Africa for the rest of 2019 and early 2020?

Karim Abdellaoui: There is improvement in African countries such as Mozambique, Uganda, Tanzania, Nigeria, and Egypt. Nigeria is a massive player in the industry. So there is a lot of movement in Africa, particularly in the North African region which gets more candidates from France, Belgium and certain parts of Canada. So, I have a more positive view with projects coming into the east, west, and some parts of North Africa. While speaking to my clients in Egypt and Libya, I have understood that there are a lot of new investments coming in there as well. In fact, tremendous job opportunities are being created with up-and-coming projects in Africa.

Karim Abdellaoui: At the moment, more women are coming in to the oil and gas industry, which is great. From gender diversity perspective, I think a lot more can be done. In the Middle East, for example, there are investments going into upskilling and employing women in the workforce. Recently, I was at a conference in the UAE which saw women engineers who had come through the ranks from various universities to work for the national oil companies in the region. There is a push for gender diversity. So in terms of women’s employment what can be done is perhaps encourage younger generation to join the oil and gas industry.

International Finance: There seems to be major investments on the horizon in oil and gas projects coming up in East Africa, especially Mozambique. Do you think East African nations will be able to meet their talent requirements internally?If not, how easy is it for these nations to attract expatriate talent?

Karim Abdellaoui: There are some solid projects coming into fruition now with a fair amount of investments and commitments from governments and private companies too in the eastern part of Africa. If you look at Mozambique, there are significant investments but obviously not as huge as in the Middle East. In Africa, things can change very quickly in the oil and gas markets. So, I think there is a very positive outlook for the region as a whole.

There are many qualified east African nationals and professionals. A lot of these projects in Africa require highly technically skilled people — which means, there will always be a need to attract expat talent. However, it entirely depends on the number of projects running there.

For example, over the last few years people have moved out of the oil and gas industry to the energy industry, or even into the construction industry for that matter. So I would say it is important for oil and gas companies to attract those kinds of people back into the industry by running recruitment campaigns. But, if people are not willing to come back into the oil and gas industry or there is still some sort of skill shortages in particular vertical, then it is important to analyse why they are keen on the energy industry, for example.

Karim Abdellaoui: Globally, I would say it depends on the country. In the US, the level of recruitment will depend on the number of projects taking place. Moving into 2020, probably in the second half of the year, it could be very competitive depending on the way oil and gas companies approach their recruitment needs. For example, if candidates decide to move over to another industry other than oil and gas within the energy sector, then it could become very competitive for them.

So, it could become a competitive environment in some areas as oil and projects grow. But candidates will have the choice based on their skillset in in other areas which offer very niche and technical positions. Overall, 2020 looks extremely positive on the recruitment front — but obviously it all depends on the projects and the countries.

Karim Abdellaoui: Typically in Asia Pacific, the majority of our clients are located in Singapore and Malaysia. There are quite a few investments taking place in Thailand. We have a solid number of clients in Vietnam and South Korea as well. As a result, we have seen a lot more enquiries coming through with several new jobs being posted for particular roles based on upcoming projects. So I would say it’s mostly Singapore, Thailand, and Malaysia. 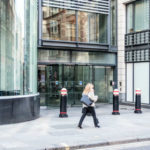 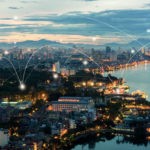