Oil giants such as Italy’s Eni and UK-based BP has announced the discovery of a new gas field in Egypt, the media reported.

The discovery has been made in the Nidoco NW-1 exploratory well, located in Abu Madi West concession in the Egyptian Nile Delta.

The Nidoco NW-1 exploratory well, which was discovered in 2015,  is located 4 km north from the Nooros field. The discovery is at a water depth of 16 meters and lies on a new formation-level that had not previously been encountered in the existing Noroos field.

With regard to the oil field discovery, BP Regional President for North Africa Karim Alaa told the media, “We are pleased to deliver, together with our partners, more gas reserves and production into the Egyptian national grid.”

“The latest discovery emphasises the existing resources base and future potential of the Great Noroos area and underpins BP’s commitment to Egypt,” Alaa added.

BP’s executive vice president of gas and low-carbon energy, Dev Sanyal has confirmed that the London-headquartered company already has 20 GW of capacity under development.

Bloomberg recently reported that BP will likely see its return on average capital employed in its large oil trading business at around $2.5 billion annually.

According to Oilprice.com, European oil behemoths such as BP, Shell, and Total have vast oil trading operations and often trade more volumes of crude oil than the biggest independent commodity traders such as Trafigura, Vitol, or Glencore. 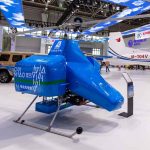 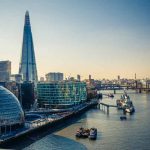