BY RACHEL KYTE. 20th November 2013 The more the world urbanizes – and we’re forecast to be 70 percent urban-dwellers by 2050 – the more critical clean, efficient, safe transportation becomes. Access to better jobs, schools, and clinics gives the poor a ladder out of poverty and towards greater prosperity. But transport as we know it today, with roads clogged with cars and trucks and...

The more the world urbanizes – and we’re forecast to be 70 percent urban-dwellers by 2050 – the more critical clean, efficient, safe transportation becomes. Access to better jobs, schools, and clinics gives the poor a ladder out of poverty and towards greater prosperity.

But transport as we know it today, with roads clogged with cars and trucks and fumes, is also a threat. We have inefficient supply chains, inefficient fuels, and a growing car culture, with all the congestion, lost productivity, and deadly crashes that brings. Urban air pollution exacerbated by vehicle traffic is blamed for an estimated 3 million deaths a year, according to the Global Burden of Diseasereport, and the black carbon it contains is contributing to climate change. The transport sector contributes 20 percent of all energy-related CO2 emissions, with emissions growing at about 1.7 percent a year since 2000, contributing to the growing threats posed by climate change.

To sum it up, much of today’s transport is unhealthy for people and planet.

The developing world’s fast-growing cities have an opportunity right now – and an urgent need – to build sustainable, low-carbon public transportation systems before unsustainable land-use patterns become locked in. Hong Kong did it, and cut down on its traffic and emissions by taxing personal vehicles and investing in mass transit. Mexico City drastically reduced its pollution with tighter fuel regulations and a Metrobus system; today, over 20 million of its residents’ 32 million trips a day are on public transit.Guangzhou’s greenway, bus rapid transport system, and some 5,000 bike-share bikes are expected to cut 86,000 tons of CO2 per year over their first 10 years and reduce particulate matter, a cause of respiratory illnesses, by 4 tons.

All of these cities tapped into what we call “co-benefits.” Think of it as the global bonus for smart local choices. People immediately relate to reducing congestion and health costs and lowering transportation costs and enhancing competitiveness and economic growth.

First, get the prices right. Reduce gasoline and diesel subsidies and put a long-term, robust price on carbon. Both moves would more accurately reflect the costs of fossil fuel use and make low-emissions transport the clear choice.

Get finance flowing. Only 4 percent of the 500 biggest cities in developing countries are considered creditworthy in international markets, and only 20 percent in local markets.Our Low-Carbon, Livable Cities Initiative is helping these cities raise their credit ratings, but they will still need financing from other sources. One way is to get transport into theclimate finance stream, a challenge for the Green Climate Fund and all others engaged in development and climate finance. Only 31 of the 7,414 projects in the Clean Development Mechanism are in transport.

Work where it matters most. Change the transport culture in growing cities toward safe, clean, and affordable public transportation. By combining policies to reduce greenhouse gas emissions with broader sector reforms that maximize the co-benefits, like improving health, we can create a powerful argument for investment from the public and private sectors.

Low-carbon, efficient, safe transport systems are essential for progress in the battle against climate change – transport systems that we want to use, as well as need to use. We owe it to ourselves and our children to get this right. 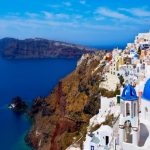 Growth in Greece? A Logistical Possibility 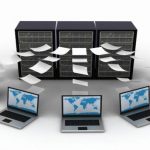 Putting a Clause in the Contract for Electronic Discovery