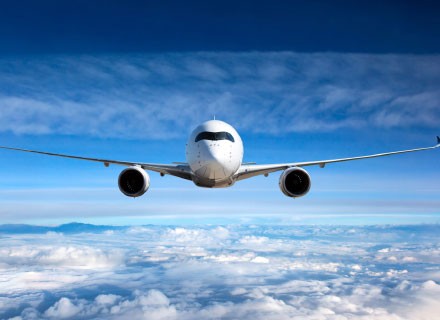 Last year, Singapore Airlines embarked on a digital journey using artificial intelligence to rebrand itself and drive sales. The airline worked closely with technology firm Rocket Fuel to target users based on online behaviour. The two noticeable outcomes from the activity were bookings to offbeat destinations such as the Philippines, Vietnam and Myanmar increased and 14 percent of total website bookings in May occurred after seeing ads powered by Rocket Fuel.

Another technology driven model used by Singapore Airlines was natural language processing and machine learning. “As part of efforts to expand the airline’s digital servicing channels for customers, the public will be able to chat with our chatbot Kris via Facebook messenger as well as on our website. Kris can provide immediate and accurate responses to customers on topics such as baggage allowance, seat selection, and flight updates among others, thus improving staff efficiency and productivity,” a representative from Singapore Airlines told International Finance.

Collaboration and research is of utmost importance while developing new digital business models. Singapore Airlines also works with Agency for Science, Technology and Research and Rolls Royce to develop a predictive maintenance solution to enhance aircraft reliability and flight punctuality.

This model is a wholly data driven solution. Machine learning techniques are used to predict aircraft component failure based on historical flight recorder data—a similar method that many airlines are adopting as a criteria. “This prevents flight delays and ensures aircraft safety,” the Singapore Airlines representative said. “We are able to develop and deploy a machine learning algorithm using historical flight recorder data from both normal flights and flights with component failures,” the Singapore Airlines representative added.

The component algorithms developed by Singapore Airlines with Agency for Science, Technology and Research have been deployed since the end of last year. Essentially, the algorithm will give an output that reflects the health of the aircraft’s component, which allows analysts to calculate the probability of failure or identify a pattern.

“The component algorithms developed with Agency for Science, Technology and Research have been deployed since end 2018. The airline has managed to mitigate more than 500 minutes of flight delay time across all the component models developed by the Agency for Science, Technology and Research and Rolls Royce,” the Singapore Airlines representative added.

It is important to understand that all machine learning algorithms become adept as data is repeatedly fed into them over time. Singapore Airlines and Agency for Science, Technology and Research’s Predictive Maintenance Joint Lab will continue to create additional training events and data to retrain the deployed models, improve accuracy and lead time. “The team is poised to embark on new predictive maintenance use cases related to emerging issues, possibly utilising new and appropriate methods including unsupervised learning,” the Singapore Airlines representative said.

Malaysian budget airline AirAsia is leveraging AI to a great extent in its critical functions as part of its digitisation strategy. Last year, AirAsia partnered with Google Cloud to integrate artificial intelligence and machine learning into its business culture. The airline has pre-installed more than 10,000 IoT sensors into its aircraft to help engineers to save time in aircraft maintenance and reduce wastage of spare parts.

With the help of artificial intelligence, the data collected from those sensors is being used to implement predictive maintenance. Defect analysts can simply understand what is to be done on a specific aircraft component or system as a turnaround action by anticipating and mitigating failure. The result is significant cost-savings for the airline.

An AirAsia representative told International Finance earlier, “Dirty engines consume more fuel, and while engine cleaning is regularly scheduled, monitoring the data allows for adjustments and cleaning. What we can do now is if an engine is starting to burn more fuel, we can go ahead and send it in for washing earlier. Now, we can be more proactive and these things will save us money.”

Those sensors can collate up to 24,000 data parameters related to aircraft systems or component sensors in every flight it is installed. The data is gathered as soon as the aircraft is switched on and is captured by the maintenance management systems. In the next step, a predictive maintenance machine learning algorithm analyses the data to predict failure of a specific target system, such as depletion of oxygen from the crew oxygen bottle.

AirAsia is also exploring other business models and methods to limit its exposure to volatile fuel prices. It has partnered with American conglomerate General Electric to use Flight Efficiency Services to make its aircraft more fuel efficient in terms of cost and carbon footprint. The technology used by General Electric is the Industrial Internet that can enhance the airline’s efforts in fuel cost management.

In theory, Flight Efficiency Services will amplify airlines’ precision to follow advanced routes, that are otherwise estimated to be 20 percent inefficient across the aviation industry. AirAsia predicts that it will save between $30 million and $50 million over the next five years by using this technology.

Machine learning which is a subset of artificial intelligence is also useful for weather pattern prediction, that is an extremely important part of flight management. AirAsia has been assessing the technology to equip its passengers with flight delay predictions ahead of time.

Earlier getting customer feedback through surveys and polls was a cumbersome exercise that they have now streamlined the feedback process fully using artificial intelligence for constructive data. AirAsia is exploring sentiment analysis that could scan pictures of passengers as they board and leave the plane to determine their level of satisfaction with the airline.

Last year, AirAsia introduced Fast Airport Clearance Experience System to improve the boarding experience for its passengers. This facial recognition technology identifies enrolled passengers as they come closer to the automated boarding gate—and therefore, will not have to submit their travel document.

For now, the technology is only operational at Senai International Airport in Malaysia. The airline’s representative said, “The more things we can digitise, the better we can improve our efficiency and our operations.”

China Eastern Airlines is another case of using artificial intelligence to create a better customer experience. Its data lab unit is trying to solve problems even before they could occur by developing a pilot service. For example, the in-flight meal preferences and feedback given by passengers will be gathered, analysed and and the data crunched will be used to prepare meals in future.

Another model that the state-owned airline’s data lab worked on is how to automatically classify thousands of complaints. The idea is to shorten customer response time that will positively impact the overall experience. This is especially relevant to the airline because complaints regarding its in-flight meal service stacked up quite a lot and managing them became a hassle.

Refined monitoring of customers’ response patterns and data analytics is a transformative step for the airline. Other airlines in the country might follow suit if the approach tested by China Eastern Airlines show significant improvement.

For many years, disruption has been the main concern in the aviation industry. Now Southeast Asian airline companies are swiftly marching toward artificial intelligence capabilities to manage an overwhelming customer base. The Asia Pacific region in particular is leading the aviation industry’s growth in terms of size—and is anticipated to handle more than 4.1 billion passengers by 2036.

For Japan Airlines, the technology complements the task of optimising ticket prices, helps to understand losses from wrongly calculated demands and offsets the impact of high fuel prices on earnings. The upgrade has been referred to as a switch from bamboo spear to a machine gun — which firmly suggests the effect that artificial intelligence has on Southeast Asia’s aviation industry.

What does the future of AI in the Southeast Asian aviation industry look like? Passenger numbers are expected to double at Southeast Asia’s airports in a decade. At that level of passenger traffic, maintaining efficiency with human-controlled systems will become acutely challenging. This is where the impact of AI is expected to make drastic changes to aviation operations efficiency.

AI is today understood to be capable of handling end-to-end passenger handling and check-in operations on its own. In future AI combined with facial recognition technology will make self-service check in a reality at most major airports, possibly the first mass adoption will happen at airports in China. AI could also be used to maintain and repair aircraft at more Southeast Asian airlines.

One possibility is that AI can reduce the need for routine maintenance by triggering repairs only when they are needed. Also by using data from in-service aircraft, AI might be able to predict flight delays and faults to avoid traffic disruption and to enhance customer satisfaction. Essentially AI is taking aviation in Southeast Asia to a new elevated plane. 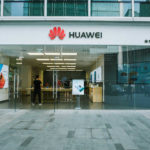 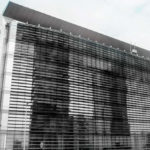 Afore Profuturo: Ensuring Mexicans save for their future