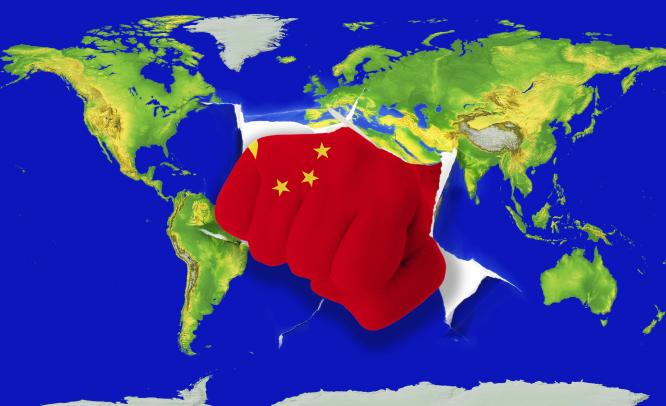 A lot depends on the way China executes the project and the cooperation extended by other nations Suparna Goswami Bhattacharya May 29,2015: China wants to recreate history. The erstwhile Silk Road, a network of trade routes that allowed exchange of goods and services between Asia and Europe, is getting rebuilt and China’s President Xi Jinping is at the forefront of this. China floated the idea...

May 29,2015: China wants to recreate history. The erstwhile Silk Road, a network of trade routes that allowed exchange of goods and services between Asia and Europe, is getting rebuilt and China’s President Xi Jinping is at the forefront of this.

These announcements were not taken seriously till the President pledged $40bn for infrastructure to build a New Silk Road in the spirit of the centuries-old trading route, comprising a land-based economic belt and a maritime route. This follows recent agreements to establish the Asian Infrastructure Investment Bank (AIIB) and the BRICS bank and is in line with the rapid growth of China’s outward investment.

“The longer-term implications are even more significant and reach beyond China’s borders. Aside from the initial boost to infrastructure, we think the positive spill-overs from greater connectivity will increase flows of goods, services, capital and people inside and outside China,” says John Zhu, economist, HSBC.

China’s move has come at the right time. On the investment side, Asia needs to invest $11 trillion in urban infrastructure by 2030. Though the infrastructure investment in the region has increased, it is still far below US levels. At the same time, funding gaps have emerged, especially in Indonesia, India and Thailand. Hence, the proposed project is a win-win situation: China helps to narrow Asia’s funding gap and in the process achieves its own policy objectives, including the internationalisation of the renminbi.

Demand recovery, halting producer and corporate goods deflation, easing of deflationary pressure, deeper regional integration are some of the other objectives that China is trying to achieve, remarks Molnar.

According to a HSBC report titled ‘Building on China’s Overseas Investment’, it is time for China to invest differently. China has run a current account surplus for many years. While the surplus is mainly due to China’s positive balance in trade in goods, this has been partially offset by an increasing deficit in the income component of the current account. That is, China pays out a larger and increasing amount to foreign investors in Chinese firms than Chinese firms are repatriating from overseas.

“We think a shift towards China investing and/or funding infrastructure projects overseas will allow Beijing to generate better returns and gradually rebalance demand externally,” HSBC economists said in the report.

However, given China’s past record, this ambitious plan has raised quite a few eyebrows, especially in the US. Ann Lee, author of ‘What US can Learn from China’ and adjunct professor at New York University, suspects that some US policymakers are worried that China will eclipse the US in political influence over many of these countries that reap the benefits from China’s largesse. “I’m not aware of other countries formally stating their opposition. And even if anybody is opposing, the reason is likely due to maintaining solidarity with the US,” she says.

“The global economy benefits when trade costs are reduced.  And it is possible that every country could use openness as a tool in the context of other policy objections, such as ongoing industrialisation. But, achieving such objectives would require strategic use of other tools, such as industrial policy, which needs to improve for every economy,” remarks Mary E Lovely, Chair, International Relations, Professor of Economics, Maxwell School of Citizenship & Public Affairs,Syracuse University.

Areas covered under the project

The land-based New Silk Road will start in central China and run southwest to northern Iran before turning through Iraq, Syria, and Turkey toward Europe. Thereafter the Silk Road route goes through Bulgaria, Romania, the Czech Republic and Germany, where it swings north to Rotterdam in the Netherlands and south to Italy where it meets the Maritime Silk Road.

The Maritime Silk Road will begin in Quanzhou in Fujian province, go through a number of Chinese cities before heading south to the Malacca Strait. It goes to Indonesia, India and Kenya, then north around the Horn of Africa and moves through the Red Sea into the Mediterranean before meeting the land-based Silk Road in Venice, Italy.

Doors are not actually open 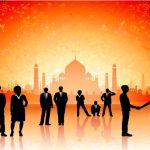 Changing the rules of the game 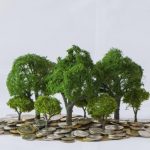