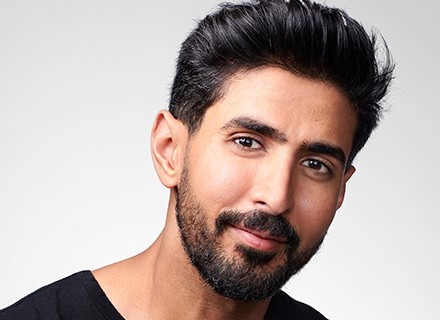 As digital payments become the most preferred mode of payment, Saudi Arabian-based company Geidea is trying to turn the Kingdom into a cashless economy with the help of its digital infrastructure. The company’s vision is to make payments and commerce technology accessible, affordable and intuitive for everyone. Since its inception in 2008, Geidea became the first fintech company in Saudi Arabia to get an acquiring license.

In 2015, Geidea emerged as a market leader, with 50 percent of the entire Saudi POS market. Geidea’s vision for Saudi Arabia is to become a cashless society. The company believes that a cashless society was and still is a crucial destination because it is such a powerful enabler of financial inclusion and social mobility. The products and solutions offered by the company have helped entrepreneurs get off the ground and helped SMEs flourish. Geidea comprises a rapidly growing team of entrepreneurs that come from all over the world and the teammates are as innovative, smart and forward-thinking as the products it offer.

Paving its way to a cashless economy

What have been the key factors leading to Geidea’s growth since its launch?
For more than a decade, the digital economy has been accelerating and transforming the way people live and do business in Saudi Arabia. It was clear to me before creating Geidea that we had an opportunity to do something new, to create something that could help further shift the Kingdom towards a cashless one, underpinned by a digital infrastructure. For us, the cashless society was and still is a crucial destination because it is such a powerful enabler of financial inclusion and social mobility. Geidea products and solutions have helped entrepreneurs get off the ground and helped SMEs flourish. We have been able to accelerate the Kingdom’s transformation by developing and deploying new digital payment solutions. Our relationship with regulators and fintech companies across the digital ecosystem have been instrumental – because co-creation and collaboration are key to innovation. These reasons and more are why Geidea was the market leader by 2015, with 50 percent of the entire Saudi POS market. And why we were the first fintech in the Kingdom to be granted an acquiring license.

What was the significance of this milestone and what does it mean for KSA’s fintech sector?
Being granted an acquiring license from SAMA enables Geidea to process secure, fast and seamless end-to-end payment solutions directly to merchants. Geidea is the category-defining fintech in its space – so it was perhaps always likely that we would be the first to acquire such a license. I know from our historic engagement with Saudi authorities that the Saudi government is moving quickly and proactively to enable the cashless society and digital economy. For us, this represents a deepening of our relationship with regulators, one that we look forward to enriching as we continue to collaborate to enable an inclusive digital economy.

How has the digital payments sector transformed since Covid-19?
Digital payments were already accelerating before Covid-19 but of course, the pandemic expedited the adoption of contactless technology. The knock-on effect had an even greater level of interest from investors and perhaps a reassurance that putting money into fintech really is worth doing. If you look at the numbers, it is clear that fintech investment has soared since 2020. A report from KPMG in August exhibited that global fintech reached a record $98 billion in the first half of 2021, up from $87.1 billion in the second half of 2020; a staggering $17 billion increase in just six months. In the Middle East, data from McKinsey showed that Saudi Arabia’s digital point-of-sale (POS) transactions doubled in the year to January 2021. And this is a shift that is here to stay. Recent Mastercard data from 2021 shows that 20 – 30 percent of the Covid-related shift to digital channels globally is expected to be permanent, indicating rising levels of growth in the years to come.

Earlier this year you also launched a new product line. What are the core benefits of Phone POS technology for SMEs?
Phone POS is just the latest in Geidea’s journey towards building a smarter, more inclusive and enabling digital economy across the MENA region. Phone POS was developed to transform digital payments within the SME space by turning smartphones into fully functioning point-of-sale terminals. The technology is a game-changer for businesses of all kinds – taxis, ridesharing, food delivery services, home services, health and beauty, hospitality, small retail and restaurants. All transactions are settled directly in the Geidea app on the merchant’s mobile phone, with funds being automatically transferred into their existing bank account within the same or next day – easing the way of doing business in the Kingdom and improving convenience for both merchants and customers alike. As such, Phone POS is empowering businesses of all sizes to become fully engaged with – and taking advantage of – the digital economy.

Moreover, by easing trade and boosting financial inclusion and the digital economy, innovation helps transform Saudi Arabia’s SME sector. The SME segment has a profound effect on our economy and is a significant focus of Saudi Arabia’s Vision 2030 plans: to increase the GDP contribution of SMEs from 20 percent to 35 percent. Following the launch of Phone POS, Geidea signed strategic partnerships with global payment institutions including Mastercard and Visa as well as major Saudi players such as SABB Bank. The arrangement with Mastercard was also the first such agreement to be signed in the Middle East and North Africa (MENA). Now, with over 85 percent smartphone penetration in Saudi Arabia, the development of Phone POS mobile payment acceptance will help realize our vision of making payment technologies accessible, affordable, and intuitive for SMEs.

What is your expansion strategy going forward?
As a Saudi-born company and as the first and only non-banking institution in Saudi Arabia to be granted an acquiring license, we have the opportunity to significantly expand in the Kingdom. I believe that the latest payments and commerce technology should be accessible, affordable and intuitive for everyone – and that is our mission in Saudi and across the region.

We have already received a payments facilitator license from the Central Bank of Egypt in May this year. By partnering with Egypt’s leading entities – including the National Bank of Egypt and Banque Misr- we have an active role to play in supporting the country’s drive towards digital transformation and achieving financial inclusion.

As we grow outside of Saudi in the Gulf region, we are seeing new markets and opportunities come to fruition. We have commenced Geidea’s expansion into the UAE and hope to bring our extensive suite of tailored payment solutions for UAE-based companies across banking, retail, F&B, wholesale, hospitality and healthcare. I’m extremely confident for Geidea’s future in the years ahead as we cement ourselves as the category-defining in the payments space and redefine the way businesses connect with their customers in this new digital world. 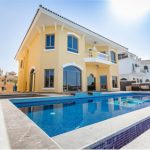 Dubai rents is set to increase further in 2022 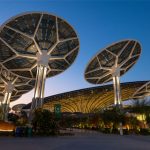 Sharjah gets its first green wall by Majid Al Futtaim