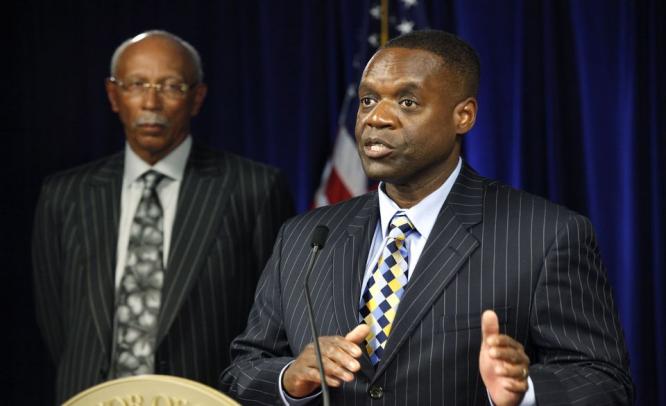 Kevyn Orr, a turnaround specialist, spent recent months in nerve wracking but unsuccessful negotiations with creditors to settle for a fraction of what they owe and persuading municipal unions to accept cuts in benefits. 7th August 2013 Detroit, the once thriving mid west metropolis that gave birth to the nation’s auto industry, is now the largest city in the history of U.S. to file for...

Kevyn Orr, a turnaround specialist, spent recent months in nerve wracking but unsuccessful negotiations with creditors to settle for a fraction of what they owe and persuading municipal unions to accept cuts in benefits.

Detroit, the once thriving mid west metropolis that gave birth to the nation’s auto industry, is now the largest city in the history of U.S. to file for a bankruptcy. The motor city filed for Chapter 9 bankruptcy protection in federal court on July 18th, laying the groundwork for a historic effort for bailout of a city that is that is sinking in billions of dollars in debt and decades of mismanagement, population flight and subsequent loss of tax revenues.

Kevyn Orr, appointed as the city’s emergency manager, formally sought federal bankruptcy court protection after Michigan Governor Rock Snyder approved the filing, deeming the decision necessary “as a last resort to return this great city to financial and civic health for its residents and taxpayers”. The Bankruptcy court filing represents the biggest body blow to a faded city which has seen population migration, mainly due to lower employment opportunities, rising crime rates and falling infrastructural services. Kevyn Orr, a turnaround specialist, spent recent months in nerve wracking but unsuccessful negotiations with creditors to settle for a fraction of what they owe and persuading municipal unions to accept cuts in benefits. According to a schedule proposed by U.S. bankruptcy Judge Steven Rhodes, Orr and his restructuring team will need to anticipate for objections to the City’s eligibility for Chapter 9 bankruptcy relief and prepare for a trial starting on October 23rd this year. Legal experts opine that the bankruptcy fight will focus on the claims of the creditors that Orr failed to negotiate and the declaration of the bankruptcy which they call it as illegal.

Detroit is one of the oldest cities in the Midwest founded in 1701. The ascendance of Henry Ford and Louis Chevrolet laid the foundation for a massive economic base to the city. Its economy blossomed after the World War II, when the auto industry boomed, it continued to prosper from the 1970’s till the early 80’s. The double dip recession of the early 80’s hit the automobile city and in the wake of an oil crisis, Japanese automakers seized the opportunity by increasing their market share with low cost, fuel efficient vehicles. Auto giants such as General Motors continued with their original product line by manufacturing their large sedans while consumers opted for the smaller and cost efficient Japanese cars. This hit G.M badly and the U.S. Auto majors started closing their factories and people started moving out of the city for better prospects. In short weaker demand, increased competition, failure to adapt were all working together to create a type of perfect storm and the foundation began to crumble. As the migration to the suburbs began, Detroit’s population fell resulting in a smaller tax base, its population fell from nearly 2 million in 1950 to about 680,000 today, 25 % in the last decade alone.

The city owes $ 18-20 billion approximately and it is estimated by 2017, 65 percent of its revenues will be consumed by legacy expenses. The debt breakdown is as follows $ 9.5 billion to pension and health care costs, $ 6.0 billion to water and sewerage, $ 2.0 billion in unsecured bonds, pension liabilities constitute $ 829 million for general retirement and $ 147 million for police and fire fighters.

Causes for the Bust

Pension and retiree health care obligations constitute major portion of the city’s unsecured debt and their costs are rising rapidly. Experts opine that outdated pension schemes have destroyed the auto manufacturing industry in Detroit and with it the city. The automobile city which is built on the G.M model used to be dominated by the big three’s of the automobile sector, General Motors, Chrysler and Ford. In recent years, the industry and the city has collapsed, one of the major reasons being the massive costs of their employee benefits and pensions programme. Between 1993 and 2007, General Motors spent a staggering $ 103 billion into funding their pensions and healthcare benefits, in the same period G.M could pay only $ 13 billion in dividends. At the start of 2000 it had to pay an additional $ 20 billion to catch up payments and agreed to pay a further $ 30 billion as healthcare liabilities. The point is the pensions and the benefit schemes totally starved GM of investment and made a massive contribution to GM falling behind developments in the US car market. Chrysler and Ford had similar repercussions.

Pensions are deferred payments and today the situation in Detroit is because of the current pension’s position it often pays more for the public sector than the private sector, this means the wider population are being asked to fund pensions which are far more generous than anything available to them. A financial analyst said the entire pension funding is equal to the defence spending of America; no economy would last for very long where it is more attractive to work for the public sector than the private sector.

The downward spiral of the once affluent industrial capital of America started with formation of powerful unions, the unions dictated to the auto industry’s requirements such as whenever an employee was laid off, they would receive 80 percent of their pay and associated benefits.

The embroiled motor city should now show that it is insolvent, obtain proper authority from state to declare bankruptcy and prove it negotiated in good faith with its creditors, several creditors have signaled that they will challenge Detroit’s eligibility for bankruptcy protection. To resolve the dispute, Steven Rhodes, the bankruptcy Judge has proposed the appointment of U.S. District Judge Gerald Rosen as the mediator, a move which may yield results quickly. A leading attorney said the appointment of a mediator is “an outstanding decision by the court and makes settlement more likely”. 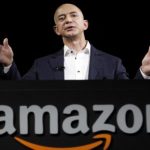 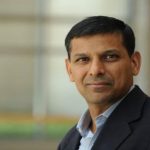 Can he Correct India’s “Fault Lines”