Poland has recorded the biggest improvement globally in terms of facilitating local enterprise.

Poland is undertaking a series of reforms to improve its business climate. In recent years the country has achieved the biggest improvement globally in terms of facilitating local enterprise. These accomplishments include improving business registration for entrepreneurs, streamlining the process for transferring property, reducing the time required to enforce contracts, and strengthening the insolvency process.

Adam Staszkiewicz is a good example of how Poland’s business reforms are paying off.

The 22-year old was able to register his new catering company in a day, as opposed to the many it used to take.

“I can’t say it was difficult, you just have to go to a government agency, get some papers, fill them out, and wait a bit,” Adam says.

Since starting his catering business a year ago, Adam has already hired five more employees – including his previously unemployed mother – in order to meet the demands of a rapidly expanding clientele.

“We are happy to have a family business because we don’t have to work for somebody else,” says Jolanta Staszkiewicz, Adam’s mother.

Poland has recorded the biggest improvement globally in terms of facilitating local enterprise. In addition to recently making business registration faster for the country’s entrepreneurs, Poland has streamlined the process for transferring property, made paying taxes easier, reduced the time required to enforce contracts, and strengthened the insolvency process.

“Obviously we realize that more than three quarters of the economy relies on small and medium enterprises, so that helps the economy overall and perhaps that is one of the reasons why the Polish economy is the only (European) economy that has not slipped into a recession over the last five years,” says Robert Dziub?owski, who owns and runs a Warsaw-based consulting and investment company.

As a result of the country’s business reforms, Poland’s economy ranked 55 out of 185 economies world-wide, according to the IFC and World Bank’s Doing Business report for 2013. But the country’s position in other areas-such as construction permits and getting electricity- slipped, indicating that Poland needs to continue reforming, according to the same report.

“Unfortunately in some areas we are behind, such as in tax law, construction law, but I do believe that in a matter of a few years, a determined government can achieve a lot of progress in these areas,” says Jaros?aw Gowin, Poland’s former Justice Minister.

Further progress in Poland’s business environment will mean even better sales and more employees ahead, says Adam, the caterer, adding that he is taking things “one step at a time.”

“Absolutely, we have plans to expand, but we have to take it slowly because it takes money and you have to invest,” he says. 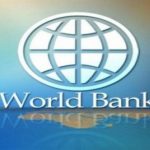 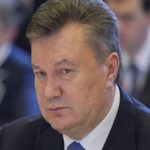