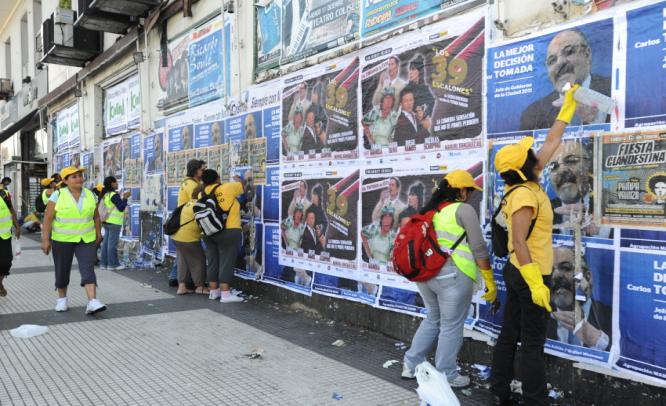 Major setback for a country already suffering from devaluation of the peso, rampant inflation, slow growth, falling wages and widespread poverty Kamilia Lahrichi August 25, 2014: Standard & Poor’s decision to declare Argentina on “selective default” on July 30th is a disaster for Argentinians. The New York Court of Appeals condemned the South American nation to repay 100% of its debt. This includes paying more...

August 25, 2014: Standard & Poor’s decision to declare Argentina on “selective default” on July 30th is a disaster for Argentinians.

This news is a setback for a country already suffering from the devaluation of the peso, rampant inflation, slow growth and falling wages, and widespread poverty – despite the efforts of a government focused on social equity by giving loans to poor families.

In Buenos Aires, only a few hundreds metres separate Puerto Madero, the high-end district of Buenos Aires, from Rodrigo Bueno, a “neighbourhood of misery” or villa miseria.

At the entrance were two army officers who came to buy beer and white wine to watch a soccer game in their office, a few blocks away. “This is the closest convenient store we can go to,” before adding “you should watch out for yourself here.”

Rodrigo Bueno is one of the most precarious parts of Buenos Aires. There are no streets or roads but sinuous passages with small apartements on the side and vertical shops.

Although real poverty levels are difficult to measure because Argentina’s statistics agency manipulates numbers, the reality is that villa miseria have expanded by more than 50 percent.

In Rodrigo Bueno, there were about 1,800 residents according to the 2010 census, compared with about 350 in 2001. It is the fastest growing villa misera of Buenos Aires.

“What I would like is that the government urbanise this area so that my son can have a better life,” confides Julia, who lives in the villa miseria, as she heads back home after bringing her son from school.

A 2014 study titled “Lead poisoning as an emerging social problem” (La intoxicación con plomo como emergente de la problemática social) points out to high levels of metal in the blood of many children living in Rodrigo Bueno due to the toxic environment in which they were born and grew up. It can provoke irreversible neurological and intellectual damages.

But, buying property is above many Argentines’ means due to rising urban land values.

“I settled here about 13 years ago [following the 2001 economic crisis] because it was impossible for me to buy a land”, explains Carlos, who lives in Rodrigo Bueno.

In 2001, Argentina experienced an economic crisis, causing riots, looting and political instability. “Que se vayan todos!” (they should all go!) chanted Argentines, in reference to their leaders and institutions.

A few blocks away, Elvira is working with her husband in the convenient shop they opened in the villa. “I used to live on the Rivadaria avenue [one of the principal thoroughfares] in Buenos Aires. With the 2001 economic crisis, I had to move to Rodrigo Bueno because I lost my job when the company downsized,” she says.

In 1998, the government created the law 148, “Priority to the housing and social problems in the Villas and residential nuclei transients” (Atención prioritaria a la problemática habitacional y social en las Villas y Núcleos habitacionales Transitorios)”, to alleviate the problem. It set up a five-year urbanisation plan to relocate inhabitants of the villas miserias.

Sixteen years later, population of these “neighbourhood of misery” is still growing.

In the up-scale Belgrano neighborhood in the north of Buenos Aires, the mood is equally grim.

“The economic situation was already disastrous before Argentina’s default. There are a lot of thieves and criminals constantly robbing people in Buenos Aires,” explains Irma, a 77 year-old lady.

As she expresses her frustration with the country’s economy, she explains that she wants to sell her apartment to go live in the United States because she has a green card.

“This is not the United States, that’s for sure,” she says, with a dash of irony.

Despite the dramatic impact of Argentina’s default on people, President Cristina Fernandez de Kirchner has played down the impact of the default. She has claimed that Argentina is the victim of a conspiracy.

“It’s July 31 and the world keeps spinning and this doesn’t stop being very good news,” she said in a televised address one day after being declared in default.

Axel Kicillof, the economy minister, denied point blank that his country defaulted on its debt – an “atomic nonsense”. “Those who today cheer the apocalypse, applauded the 2001 [crisis],” he added. 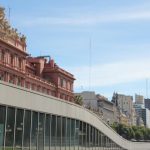 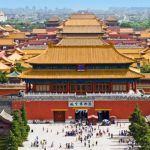