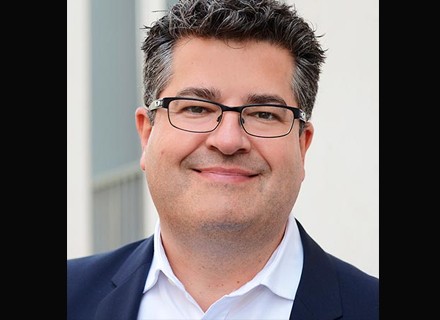 That the UK will leave the European Union is undeniable. There is only a very small chance left that the UK will stay. What therefore does this mean for commercial contracts, and how can businesses approach the challenges that may come as a result?

Brexit will have a significant impact on UK and European businesses, arising from the imposition of tariffs, restriction on the free movement of people, and other financial issues such as the further change of exchange rates. On the legal side, at the time of writing, the UK Government is preparing the “Great Repeal Bill”, which will repeal the European Communities Act 1972, but also convert some existing EU law into domestic law “wherever practical”. There are other areas of law which will be much more effected by Brexit, but the devil is in the details, as always in contract law.

What contracts will be affected by Brexit?

Contracts affected by Brexit must fulfil two criteria: (1) the contractual term will run beyond the date of the UK´s departure, expected end of March 2019, and (2) the nature of the contract means that it crosses the UK-EU border in some way. The latter arrangement can take many forms, for example if a supplier is situated in Germany and the buyer in the UK, or an English company could offer its products to English customers only, but do so in reliance on EU regimes and laws.

A particular example which is common in licence and agency agreements is reference to the ‘EU territory’. Will this continue to refer to the UK after Brexit?

In contracts, everything which isn´t clear, will be a question of interpretation. The English courts have started to take a much stricter approach to interpretation than in continental Europe. In Arnold v Britton, the Supreme Court underlined the importance of the language of the contract, and warned that the fact that the contractual arrangement, if interpreted according to its language, has worked out badly, does not justify departing from the natural language of the contract. In Marks & Spencer Plc v BNP Paribas Securities Service Trust Company the court held that a court should only intervene where a term has been considered so obvious that it went without saying.

Therefore any doubt caused by Brexit could lead to disadvantages, which quite often both parties didn´t want. Businesses shouldn´t rely on a Material Adverse Change Clause, i.e. that the Brexit is such a material change/ force majeure that leads to an automatic termination of a contract.

There are four major issues for commercial contracts caused by Brexit: EU references, financial hardship, impossibility and enforcement of agreements.

One difficulty can arise from the reference to EU territory or EU law, like the scope of right or restriction, such as in a trade mark licence or restriction on transferring personal data. After Brexit, the UK will not be part of the EU anymore. Therefore, to make sure the territory of the UK will be included, contractual provisions should have a full list of countries including the UK and future EU members. With data protection we will have to see whether the UK will uphold the EU data protection standard, otherwise the UK won´t be a “safe harbour” and the same problems will arise as with the USA. Then, UK organisations should guarantee their compliance with EU data protection laws. Issues can also arise for new goods entering the EU, if they need to comply with certain EU standards. This should be borne in mind already. The same applies by reference to EU legislation. We do not know yet what EU law will be converted into UK domestic law, or if the UK will take over new legislation.

Financial hardship can be triggered by the movement of exchange rates like we saw in June 2016, tariffs and VAT issues. There could be additional costs and delays for customs checks imposed after the UK leaves the customs union, and restrictions on the free movement of people could lead to labour shortages or increasing labour costs. These should be considered in new contracts, although old contracts cannot be changed.

This will be different if Brexit makes performance of the contract impossible, in which case frustration will apply. This will be very rare, possible examples could be seen in the financial sector with the EU passporting. This could fall under force majeure. However, the courts are very reluctant to accept force majeure, as demonstrated in Czanikow Ltd v Centrala Handlu Zaranicznego Roimpex.

Therefore, organisations should consider a special termination clause in the event of Brexit and certain hardships.

Within the EU, under the Brussels Regulation, in general all judgments are enforceable in any member state. However, when the UK leaves the EU, it is doubtful that the Brussels Regulation will be enforceable in the UK. Therefore, there is a risk that UK judgments won´t be easily enforceable in the EU and vice versa after Brexit. However, the UK is member of the New York Convention 1958 on Arbitration, so arbitration will be enforceable. Consequently, organisations should use arbitration clauses and agree on the applicable law and jurisdiction, because the Rome I and II treaties which regulate these questions within the EU, will most likely not be (directly) applicable after Brexit.

For existing contracts, organisations should consider how Brexit could affect their business, identify key contracts governing those arrangements, and look for loopholes or consider whether to try to negotiate or amend those contracts. However, be careful. Brexit is an unknown quantity for everyone, therefore try to find common ground. With future contracts, you should expressly state the commercial impact of Brexit, i.e. change to tariffs, exchange rates, customs procedures, whether reference to the EU shall include the UK and the position of EU law. You should use arbitration clauses for enforcement in the EU/ UK, and consider whether to include an express right of termination for certain issues prompted by Brexit.

Whilst we do not yet know what kind of Brexit – soft or hard – will happen, we do at least know that change is coming, so it’s time to take this into account, change contracts where necessary and begin dialogues with your business partners. Nothing is as damaging for business as uncertainty. 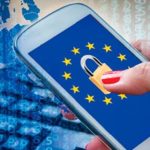 How firms can recover the Holy Grail from GDPR