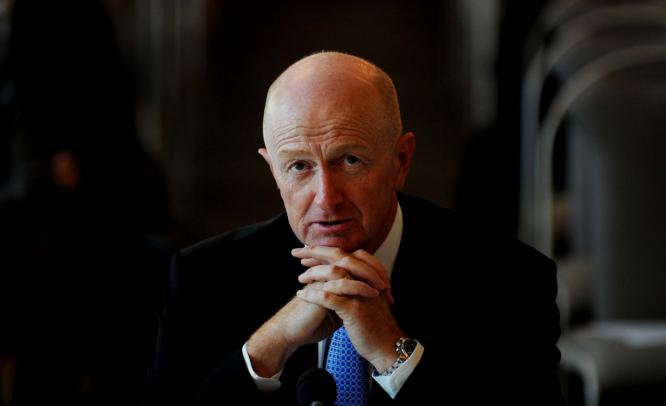 RBA chief Glenn Stevens has rightly configured the monetary policy to foster sustainable growth in demand and contain inflation, reports TEAM IFM Sydney, June 10: The Australian central bank has kept its key rate unchanged at 2.5 percent for the 10th straight month as a mining investment slowdown has impacted growth resulting in the need for fiscal consolidation. The decision has been followed, however, by reports...

Sydney, June 10: The Australian central bank has kept its key rate unchanged at 2.5 percent for the 10th straight month as a mining investment slowdown has impacted growth resulting in the need for fiscal consolidation.

The decision has been followed, however, by reports of fastest pace of economic growth in two years with GDP advancing by 1.1 percent in the first quarter over the previous three months. The economic report card was published a day after on June 4.

Governor Glenn Stevens has left the rate unchanged at the record low repeating expectations of a “period of stability in interest rates.” The “monetary policy is appropriately configured to foster sustainable growth in demand and inflation outcomes consistent with the target,” according to a Reserve Bank of Australia (RBA) press release.

All of the 32 economists surveyed by Bloomberg had predicted the decision.

Long-term interest rates have fallen further and risk spreads remain low while overall financial conditions prove to be obliging, according to the RBA chief.

Stevens said the economy had grown at a below-trend pace last year, but somewhat firmed up around the turn of the year. This has partly been triggered by strong increases in resource exports as new capacity has come up. But smaller increases in such exports are seen in coming quarters.

The country’s biggest export, iron ore, witnessed its prices reach their nadir in a six monthly drop in May, the longest losing run on record, as rising supplies from Brazil and elsewhere triggered a global glut.

Overall, Australia’s exports have got a fillip from fast-growing economies in Asia with whom the country shares a large chunk of its exports. Over the past 30 years, annual growth in the GDP of Australia’s major trading partners (MTPs) has averaged a little over 4 percent (weighted by exports). This is higher than the average growth in global GDP.

While MTP growth has experienced relatively short-lived cycles, the average rate of growth has not really changed over time. This stability has occurred despite declines in the trend rate of growth of some large trading partners, notably Japan from the early 1990s and China more recently.

China’s growth appears to have slowed a little in early 2014 but remains generally in line with policymakers’ objectives. Commodity prices in historical terms remain high, but some of those important to Australia have continued to decline of late. Notable falls in the prices of iron ore and coal reflect a moderation in the demand for steel in China owing to some belt-tightening on the credit front affecting the steel sector there. Yet the recent slowing in China may be temporary and the Chinese authorities have indicated a willingness to support investment growth, if needed, to achieve their target for output growth.

In Japan, economic activity appears to have picked up as expected in the March quarter, ahead of the increase in the consumption tax in April, and this has been followed by a decline in some measures of activity. It remains to be seen whether the planned fiscal stimulus measures will be sufficient to offset the anticipated decline in household expenditure.

Other East Asian economies appear to have been growing at around their decade-average pace.

The US economy is showing signs of moderate growth, notwithstanding a slowdown in the early part of the year attributable, in large part, to adverse weather conditions.

All growth indicators are consistent with the pace of growth remaining around average this year.

On the consumer demand front, continued moderate growth has been witnessed and the housing sector remains bullish, according to RBA. Consumer confidence, however, has been dented by spending cuts announced in the budget that has been dubbed a headwind for growth.

With a pickup in housing and some improvement in indicators for the labour market in recent months, traders expect the central bank to stop being reactive. Yet it will probably be some time before unemployment slides down consistently. Recent data confirm that growth in wages has declined noticeably. If these and other domestic costs remain contained, inflation should remain consistent with the target over the next one to two years, even with lower levels of the exchange rate.

The labour market has held up, with the jobless rate remaining at 5.8 percent in April, which is better than expected. Lending, too, is responding to low borrowing costs, with private-sector credit expanding 4.6 percent in April from a year earlier, the fastest pace since March 2009, central bank data showed.

Home prices slipped 1.9 percent in May from a month earlier, according to RPData-Rismark’s Hedonic Home Value Index report, the first drop in a year. Melbourne led declines with a 3.6 percent drop.

“Dwelling prices have increased significantly over the past year, though there have been some signs of a moderation in the pace of increase recently,” Stevens said in his statement. Monetary policy remains accommodating, according to him.

“The RBA’s earlier rate cuts are bearing fruit,” Bloomberg quoted Katrina Ell, an economist at Moody’s Analytics in Sydney as saying. “The labour market is healing, and export volumes are strong thanks to earlier investment. The RBA is mindful that the economic recovery is fragile, not least because of fiscal consolidation and lower mining investment, so rates will likely remain at 2.5 percent through 2014.”

The Australian dollar was little changed after the monetary policy decision. It has gained about 3.8 percent this year, the biggest advance among a group of 10 currencies.

Treasurer Joe Hockey last month announced cuts to spending on welfare and the public service and a new tax on the highest paid. Consumer confidence fell to its lowest level since August 2011, prior to the central bank’s easing step after the budget’s May 13 release.

Looking ahead, continued accommodating monetary policy should provide support to demand, and help growth to strengthen over time. Inflation is expected to be consistent with the 2–3 per cent target over the next two years. 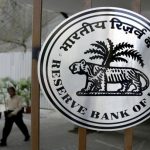 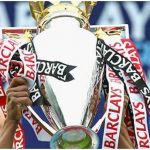