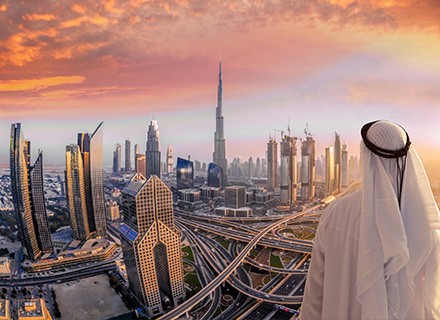 The Middle East remains a divided region despite having some of the largest oil reserves in the world. According to the International Monetary Fund (IFM), the Middle East and North Africa region has experienced real GDP growth of 4.1% overall in 2021 and expected to increase by 1.2% by the end of 2022.

With this new sectors have emerged after the COVID pandemic which is still in its infancy, and not as developed as others, allowing one to look for an option for attracting investments. Below are some details about the sectors that are today one of the most successful, developing, and attractive for investments.

Infrastructure
One of the main forces behind the Middle East economy is its infrastructure. The Middle East countries are placing a lot of emphasis on this sector’s development and, as a result, are spending a lot of money on renewable energy, urban transportation, and road maintenance. Particularly the steel sector has swiftly developed into a reliable choice for investors looking for sector fund prospects.

If you have knowledge about infrastructure and want to do an investment then UAE is the best place to look, as UAE offers numerous opportunities for expansion and establishment.

Real Estate
According to a Deloitte report, the Middle East real estate market would expand by up to 111% during the following five years. Additionally, there are more opportunities in this industry due to the rising interest in foreign investment and tourism.

The report stated that the average property price in Dubai and Abu Dhabi increased by 11.3% and 1.5% respectively this year. In the first quarter of 2022, Dubai saw an average rental gain of 10.5% in the retail sector, whereas Abu Dhabi saw a gain of 7.8%.

Fintech
The majority of financial services are now provided by fintech, which has in some cases taken the place of traditional banks. As a result, this industry attracted the most acquisitions and investments.

The volume of digital services worldwide surpassed USD 8 trillion in 2021, and the Arab Monetary Fund’s chairman of the board of directors estimates the figure will surpass USD 10 trillion by 2027. Additionally, a record USD 3.45 billion is predicted for the regional industry in 2026. In April 2022, startups in the area working in this industry were successful in obtaining USD 9.8 million in funding.

E-commerce
COVID has boosted people’s reliance on e-commerce websites, particularly in the Middle East and Africa, which has speed up the growth of these sites and the expansion of the services they provide.

On Forbes’ list of “The 50 Most Funded Startups in the Middle East and North Africa for 2021”, the e-commerce industry came in second place with 11 companies.

Startups in this industry provided 85% of the total fundraising value in April 2022. Therefore, choosing to start a business is a wise choice because it will undoubtedly continue to develop.

According to Gartner, Global AI software sales are anticipated to reach USD 62.5 billion in 2023, up 21.3% from 2022. These figures indicate a bright future for the industry, therefore it makes sense to focus on it because of the market’s high development prospects, especially given how heavily most developed countries rely on this technology.

Cyber Security
There is no doubt that the concern over cyber security has spread to all businesses and even nations due to the possibility of their critical data being compromised.

According to IBM, over the previous year, the average cost of a data breach climbed from USD 3.86 million to USD 4.24 million. Additionally, complex cybersecurity and data protection toolkits are being sought after to be replaced by a single unified interface by 71% of Saudi and 70% of Emirati businesses, respectively. Consequently, starting a business in this industry has never been more profitable or in demand than it is now.

Healthcare
Since the COVID-19 pandemic, the significance of the healthcare and hospitality industries has received more emphasis.

Metaverse
We have reached the most crucial point now that the metaverse has permeated the real world and has established a significant presence in the commercial markets.

As a result, most multinational corporations have entered this market, particularly those in the Gulf. Big IT firms believe that the “Metaverse” is the Internet’s unavoidable future and that it will be worth USD 800 billion by 2024. Thus, getting started in this industry early may prove to be a virtual guarantee of success. 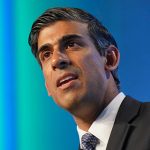 UK economic crisis: Make it or break it moment for Rishi Sunak 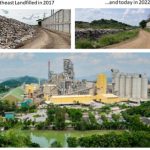