As the Trump administration prepares to re-impose sanctions on Iran that were lifted under the 2015 nuclear accord– America’s European allies have feared that this move could lead to greater regional instability.

President Donald Trump’s withdrawal from the landmark agreement, signed by the U.S. and five other world powers, remains one of the most consequential foreign policy decisions of his presidency so far.

Secretary of State Mike Pompeo stated that renewed U.S. sanctions on Iran will be rigorously enforced and remain in place until the Iranian government radically changes course on Sunday. Emphasising that while the sanctions are an important pillar in US policy towards Iran—the administration is also open to looking beyond them and would “require enormous change” from Tehran.

“We’re hopeful that we can find a way to move forward but it’s going to require enormous change on the part of the Iranian regime,” Pompeo told reporters aboard his plane on his way home from a three-nation trip to South East Asia. “They’ve got to behave like a normal country. That’s the ask. It’s pretty simple,” he added.

Pompeo referred to the Iranian leadership as “bad actors” and stated that Trump is intent on getting them to “behave like a normal country.”

This language is believed to be code for regime change among many US allies, according to two European diplomats involved in negotiations with the Trump administration over how sanctions would be re-imposed.

The sanctions that go back into effect on Monday cover Iranian trade in automobiles and metals, including gold. The US also has banned imports of Iranian products like carpets and pistachios, and has revoked licenses that allowed Iran to purchase US and European aircraft. Iran acquired five new European commercial planes on Sunday before the sales were cut off.

The last and most significant sanctions — those on Iran’s oil sector and central bank — will be restored on November 4. This is crucial because Iranian oil sales are a vital source of hard currency.

The US-Iran nuclear deal in 2015 had lifted international sanctions. This was in exchange for Iran agreeing to restrictions on its nuclear program. While UN inspectors had said that Iran had been complying with the deal, Trump argued that it had not done enough to curb Iran’s malign activity in the region. Trump administration officials also argued that because the US lifting sanctions against Iran as part of the agreement, had in effect stripped Washington of one of its most powerful tools to put penalties on Tehran.

European countries have said that theyy remain committed to the agreement, viewing it as the surest way to safeguard their national security.

One of the European diplomats expressed concerns on the future, referring to worries that the US is eyeing regime change as the sanctions’ end goal. Both diplomats spoke on condition of anonymity, as they were not authorized to brief the media on ongoing negotiations.

Iran would either likely devolve into civil war, if the reimposed sanctions cause the government in Tehran to collapse, a situation very similar to what unfolded in Syria – or be under radical occupation, according to the diplomat. A deepening of Iran’s economic crisis could also lead into an influx of refugees and migrants towards Europe, in a situation once again, very similar to what happened on the hells of the Syrian conflict.

Pompeo noted that the US has long designated Iran as the world’s foremost state sponsor of terrorism and that it cannot expect to be treated as an equal in the international community until it halts such activities.

“Perhaps that will be the path the Iranians choose to go down,” he said Sunday. “But there’s no evidence today of a change in their behavior.”

In the meantime, he said, “we’re going to enforce the sanctions.”

Supporters of the Iran agreement have long argued that the US departure would alienate European allies who partnered with the US in the negotiations.

We “remain firmly committed to ensuring (the deal) is upheld and we continue to abide by our commitments,” the second European diplomat stated. “If we cannot fulfill these, this risks Iran deciding that it no longer has to abide by the restrictions.”

Iran’s economy has plunged into a downward spiral following Trump’s announcement that the United States was scrapping the nuclear deal. The downturn has sparked waves of protests across the country. 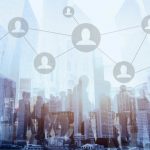 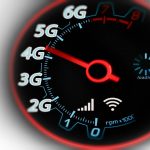