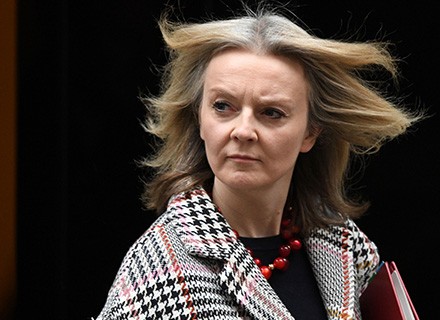 If Liz Truss invokes Article 16 of the Northern Ireland Protocol to invalidate a portion of the post-Brexit treaty, she may scare away international investment

Deutsche Bank, one of Europe’s largest banks, has warned that if Liz Truss’s administration loses the trust of foreign investors, Britain might experience a balance of payments crisis similar to the one that happened in the 1970s and resulted in the pound crashing.

Shreyas Gopal, a foreign exchange expert at Deutsche Bank, warned that a huge, underfunded, and untargeted package of tax cuts and expenditure plans might alarm global markets in a note titled “crunch time for sterling,” written on the day Liz Truss won the Conservative leadership contest.

Because investor trust “cannot be taken for granted,” according to Deutsche Bank, it might result in foreign investors denying to finance the United Kingdom’s external deficit by buying government debt.

“However, the opposite is happening. The United Kingdom is suffering from the highest inflation rate in the G10 and a weakening growth outlook,” Shreyas Gopal wrote.

If Liz Truss’s administration alters the Bank of England’s mandate to combat inflation, as was indicated during the leadership campaign, inflation expectations may increase even further.

“A balance of payments funding crisis may sound extreme, but it is not unprecedented: a combination of aggressive fiscal spending, severe energy shock, and a slide in sterling ultimately resulted in the UK having recourse to an IMF loan in the mid-1970s,” Shreyas Gopal added.

The current account deficit in Britain is financed by the “kindness of strangers,” according to Mark Carney, who served as governor of the Bank of England.

When the pound hit a record low in September 1976, James Callaghan’s Labour government asked the IMF for a USD 3.9 billion loan, the largest sum ever requested from the organisation at that time. The Opec oil crisis came after the “Barber boom” of the early 1970s, during which Conservative chancellor Anthony Barber lowered taxes in an effort to spur economic growth, weakening the pound and triggering stagflation.

If Liz Truss invokes Article 16 of the Northern Ireland Protocol to invalidate a portion of the post-Brexit treaty, she may scare away international investment.

Shreyas Gopal warned that “taking emergency measures around the Northern Ireland Protocol could add to the uncertainty on trade policy. With the global macro backdrop so uncertain, investor confidence cannot be taken for granted.”

Liz Truss made campaign promises to roll back a national insurance increase and eliminate a company tax increase. In order to assist households, her team has also advised that the VAT be reduced by 5 percentage points.

Recently, Liz Truss pledged to address energy costs and present a “strong plan to slash taxes and build our economy.” In the absence of tax increases, a price freeze on some energy bills may cost tens of billions of pounds, increasing the UK’s borrowing requirements.

Due to the energy crisis that is affecting private families, commercial enterprises, and public services, HSBC cautioned that Liz Truss is facing an “exceptionally tough time.”

According to HSBC, the United Kingdom may borrow £87 billion more than anticipated this fiscal year. This includes the £17 billion in tax cuts Liz Truss promised during the campaign—which will increase to £29 billion the following year—as well as the £35 billion in additional support for households and businesses, which may include a possible energy bill freeze. Finally, an additional £25 billion will be spent on debt servicing. 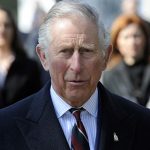 What King Charles could mean for the royal finances 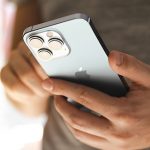 Apple iPhone hits a major milestone in US smartphone market