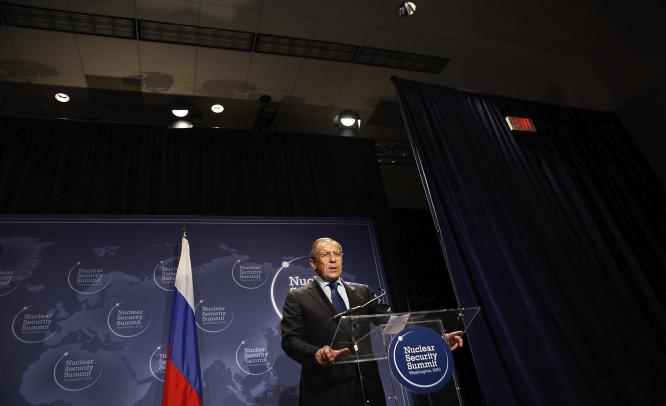 Renewing and strengthening ties in a bid to alleviate food shortages back home Kamilia Lahrichi April 2, 2015: Russia’s Foreign Minister Sergey Lavrov courted Cuba, Nicaragua, Colombia and Guatemala during a four-day visit to South America in March 2015 to boost bilateral trade, as food shortage is hitting his country hard. Last year, Moscow banned for one year agricultural products from the European Union, the...

Last year, Moscow banned for one year agricultural products from the European Union, the United States, Canada, Norway and Australia, in an economic war. The US is isolating Russia for its policies in Ukraine, where a bloody conflict still rages, and for the annexation of Crimea in March 2014.

This radical policy has led to significant losses for Russia, which heavily depends on food imports to feed its 143.5 million stomachs.

In 2013, Russia imported nearly $23 billion worth of the banned products from the United States and the European Union mainly, according to Trade Map data. Europe is Moscow’s largest trading partner.

Russia’s economy is going through the worst turbulence in President Vladimir Putin’s leadership due to Western sanctions as well as plummeting oil prices. Inflation runs at 10% and living standards have fallen significantly.

The Russian central bank imposed a steep interest rate hike to halt the ruble’s collapse – it lost more than 45% of its value against the dollar since the beginning of 2014.

Lavrov met presidents Raúl Castro in Cuba, Juan Manual Santos in Colombia, Daniel Ortega in Nicaragua and Otto Pérez Molina in Guatemala, to get agricultural goods denied to the Russian market – behind the diplomatic rhetoric.

It is his second visit to the region since the war in Ukraine broke out.

During this 24-hour visit to Guatemala, the Russian envoy reaffirmed Moscow’s continued support for the Central American nation. He also lambasted the US sanctions against Venezuela and called for ending the American trade embargo on Cuba.

He also said that Russia wants to set up a regional centre to train Central American security officials to fight drug trafficking and terrorism.

In Nicaragua, Lavrov suggested that Russia might be keen to help build a waterway to rival the Panama Canal.

In Colombia, the Russian foreign minister and his counterpart agreed to increase bilateral trade, without saying by how much.

“We want to expand that market [Russian] and to work together [taking advantage of] the different opportunities. We all have a job to do, but also a commitment to improving trade relations,” said the Colombian Foreign Affairs Minister Mary Angela Holguin.

Lavrov expressed Moscow’s willingness to be a pillar in the development of a multipolar world order. He sought to build ties with regional unions like the Southern Common Market (MERCOSUR).

“The selection of countries is based on the USSR’s old links with the region,” said Sergio Berenzstein, a political analyst in Buenos Aires.

Communist Cuba and sovietico-sandinista Nicaragua are the United States’ historical foes and Russian allies. In 2002, Russia and Nicaragua inked a deal to axe the Central American country’s debt with the USSR.

Russia is reaping the benefits of the anti-imperialist and anti-American tendencies of these populist governments – aside from Colombia.

Yet, Nicaragua, Colombia and Guatemala are above all a pragmatic choice as Russian senior officials rarely visit these countries.

“There is a need to negotiate visa-free travel – it it hasn’t been introduced already – and expand bilateral trade,” explained Igor Danchenko, Program Research Manager on Russia and Eurasia at Sidar Global Advisors, a markets research company in Washington D.C.

“Russia’s goal is to turn to new food suppliers as well as promote Russia’s technology and energy in developing countries with shortcomings in these areas,” said Matias Garcia Tuñón, Coordinator at the Russian Argentine Chamber of Commerce and Industry in Buenos Aires.

Boosting trade with Latin American countries would help Moscow get the foreign reserves it needs while the breadbasket region would reap the benefits of a larger consumer market.

For instance, Nicaragua exports meat, seafood, milk, cheese, peanuts and coffee to the Russian market. Moscow is interested in importing vegetables and tropical fruits it cannot grow due to its harsh climate.

Since 2013, both countries began negotiating a free trade agreement as exports to Russia are relatively low. In 2013, Nicaragua exported over $18 million to Russia – it is still a one-third increase compared to the previous year.

The trade balance between the two economies grew by 17% during the first six months of 2012, compared to the same period in 2011, when it reached $224.7 million.

Guatemala remains an under-developed market for Russia although its goods enjoy customs preferences in the federation since 2007. In 2013, the Central American country exported about $29 million worth of products to the Russian market and imported about $72 million.

Finally, Colombia exports coffee and flowers (almost 60% of all exports) to Russia while Moscow supplies fertilizers and technology. Both countries are also in talks for a free trade agreement since 2013.

Clearly, Moscow will not rely on these four markets only as they are too small to feed Russian customers.

Besides, distance is a challenge. “The logistical challenge to send to Russia perishable goods is mainly the time for maritime transport to San Petersburg (Russia’s main port apart from Vladivostok and Novorossijk),” explained Mr. Tuñón.

“If we estimate an average of 30 days for sea transit, in addition to the time to produce the food and sell it in Russia, it is very complicated to commercialise short-life products,” he added.

Air transport would be an interesting – albeit costly – option.

Although Moscow expects to capitalise on long-term relationships with Latin American countries, “Russia’s position in Cuba is destined to weaken because of sheer proximity to the United States and a large Cuban diaspora [there],” said Mr. Danchenko.

In addition, “since Latin America can’t be an alternative source of loans to replace the West and China/Asia, interests are limited,” he added. 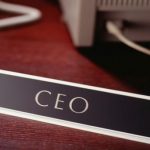 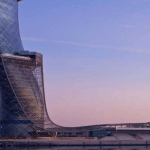