Saudi Arabia’s investment company Uber is a safer bet than competitor Lyft, the Kingdom’s sovereign wealth fund’s managing director Yassir Al Rumayyan told CNBC. Al Rumayyan cites the fact that Uber is present worldwide and that it has a larger bouquet of services as its differentiators over Lyft.

Lyft operates only in the US and Canada. Uber is present in 63 countries and more than 700 cities worldwide. In addition to a variety of ridesharing services for different target markets, Uber also operates Uber Eats and Uber Freight. Uber is estimated to have more than 100 million users globally.

Uber also has a better value proposition as a one-stop shop for transportation as it is present in different segments like bikes and scooters, logistics, and freight. Lyft is only present in scooters, bike sharing, and ride-hailing.

Since its IPO, Lyft’s shares have lost roughly 20 percent of their value due to concerns over profitability. Uber’s shares could face a similar challenge. The ride-hailing company had said that it may never become profitable when it unveiled its IPO plans.

The Saudi sovereign wealth fund Public Investment Fund holds roughly 4 percent in Uber. PIF is one of the largest shareholders in Uber. Saudi Arabia’ s investment in Uber is expected to be worth $3.4 billion at Uber’s IPO later this month. 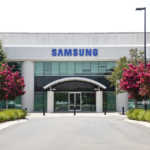 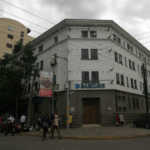