This is attributed to a steep decline of 11.7 percent in crude oil production during the same period

Saudi Arabia’s gross domestic product (GDP) has contracted by 3 percent in the first quarter of 2021. This is attributed to a steep decline of 11.7 percent in crude oil production during the same period, according to media reports. The negative growth is said to be slightly less than last month’s official estimates which stood at 3.3 percent.

The Saudi General Authority for Statistics (GAS), in a statement, said that the growth in the Middle East was also affected due to the ongoing oil production cuts as part of the OPEC+ agreement that was reached last May. The government body added that the current price of Saudi GDP is $188.3 billion in the first quarter of 2021. Additionally, government service activities also declined by 0.4 percent.

On a quarterly basis, Saudi Arabia’s GDP declined by 0.5 percent compared to 1.8 percent growth in the fourth quarter of 2020. Although the decline is noted in the oil sector, Saudi Arabia’s non-oil sector registered a growth of 2.9 percent and the private sector saw a growth of 4.4 percent. The non-oil and private sectors are central to Crown Prince Mohammed bin Salman’s Vision 2030 economic transformation program as the country’s effort to diversify their economy’s major dependence on oil revenues. 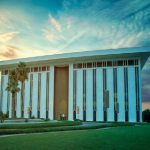 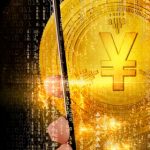