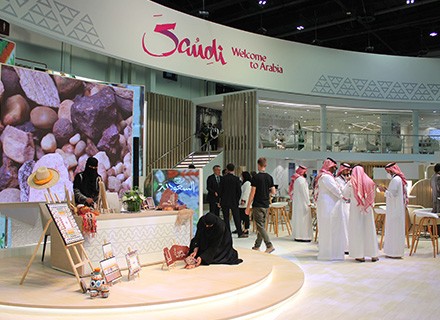 The newest prediction from the IMF predicts that Saudi Arabia's GDP will rise 7.6% this year after accelerating by 3.2% last year

In the third quarter of 2022, Saudi Arabia’s economy, which is still recovering from the coronavirus pandemic, had one of the lowest inflation rates among the top 20 economies in the world.

In the three months leading up to the end of September, the largest economy in the Arab world only saw a 2.9% increase in the consumer price index, as per the data released recently by the kingdom’s Ministry of Economy and Planning.

“Despite the rise in global inflation rates to record levels, a substantial part of this increase was restrained in the kingdom. The consumer price index climbed only by 2.9%, perhaps the lowest rates recorded in the G20 countries,” it stated in its quarterly report.

According to the report, compared to September of the previous year, prices rose most in education, recreation and culture, and food and drink, while clothes and footwear costs decreased by 0.99% monthly. On the other hand, prices for furniture and household goods increased by 0.66%.

The newest prediction from the International Monetary Fund predicts that Saudi Arabia’s GDP will rise 7.6% this year after accelerating by 3.2% last year.

The world’s top oil exporter, the kingdom, has profited from the increase in crude prices this year after Brent, the international benchmark for two-thirds of the world’s oil, increased by more than 23% since the year’s beginning.

The third quarter of 2022 saw Saudi Arabia’s economy grow by 8.6% due to increasing oil prices, according to the General Authority for Statistics’ flash estimates released last month.

The biggest economy in the Arab world has also taken action to reduce inflationary pressures there. In July, it set aside 20 billion Saudi riyals (USD 5.3 billion) to lessen the impact of price increases on its people.

The third quarter saw growth in the kingdom’s non-oil economy of 5.6%, driven by the manufacturing, wholesale, retail, leisure and hospitality, construction, and transportation industries, according to the Gastat report.

Saudi Arabia is making a variety of efforts to increase foreign investment. According to the government-run Saudi Press Agency, it introduced the National Investment Strategy last year, which aims to draw in 388 billion riyals in foreign direct investments per year. It also established a new investment promotion authority to encourage greater regional and foreign investment in the nation.

According to Saudi Arabia’s Minister of Economy and Planning, Faisal Alibrahim, “Looking ahead, our growth outlook remains robust, and financier should be bullish about the near-term operation of the economy thanks to strong energy prices, non-oil growth, robust trade, and the kingdom’s growing ability to attract talent, tourism, and investment.”

How did they make a comeback?
Thanks to oil windfalls and economic reforms to withstand the twin shocks of the coronavirus pandemic and the decline in oil prices in 2020, Saudi Arabia’s economic recovery is anticipated to strengthen in the second half of 2022.

Successful vaccination campaigns aided the oil-rich kingdom’s recovery from the pandemic. Still, according to recent research from Deutsche Bank, the fallout from the Russia-Ukraine war led to surging oil prices that boosted economic activity in the kingdom and resulted in a sizable surplus in the first few months of 2022.

Due to the exchange rate peg and price limits, inflation has continuously stayed mild.

“We expect the country to record large current account and fiscal surpluses this year, leading to a significant improvement in both the fiscal and external position. Oil prices are trading above $100/bbl and with the latest estimates of breakeven fiscal oil prices hovering around $70 per barrel,” Deutsche Bank Economist Samira Kalla said in a report.

“The current policy boost and the Fed’s rate increases cycle should help keep inflation in check despite a recent slight uptick. In addition, Saudi Arabia might use its oil windfall to bolster ailing industries hit by tighter financial circumstances given the high price of oil,” Samira Kalla added.

The kingdom should benefit in the medium and long term from various economic and social reforms included in Saudi Arabia’s Vision 2030 plan, which emphasizes efforts to diversify the country’s economy and achieve net-zero carbon emissions.

Oil price increases should aid Saudi Arabia in advancing its reform plan and increasing investments for the remainder of 2022. In addition, the paper claims that Saudi Arabia, given its current excess capacity and low manufacturing costs, might play a more significant role internationally.

The paper observed that the government has significant political clout thanks to the country’s considerable spare manufacturing capacity, which it may be able to use to strengthen connections with its allies.

Is the future promising for Saudis?
Saudi Arabia anticipates posting a budget surplus and is planning to raise state spending in 2023.

The Finance Ministry claimed in next year’s preliminary budget statement that the largest economy in the Arab world expects public revenue to be 1.12 trillion Saudi riyals (USD 298 billion) in 2019, up from an earlier estimate of 968 billion riyals and expenditures to increase by 18% to 1.11 trillion riyals.

Compared to an earlier forecast of 27 billion riyals, the expected surplus of 9 billion (USD 2.4 billion) riyals for the following year is roughly 0.2% of the gross domestic product (GDP).

According to the ministry, the government has kept its forecast for a 90 billion riyal fiscal surplus this year. The report states that the economy would expand by 3.1% in 2023 and 8% in 2022.

According to the Ministry of Finance, “The fiscal performance indicates tangible improvement in the ability of the Saudi economy to face economic challenges and shocks in light of changes in the growth outlook and geopolitical problems facing the global economy.”

The Kingdom of Saudi Arabia’s Vision 2030 called for bold structural and fiscal reforms, which made it possible to attain solid economic growth rates in the current year.

Due to increasing oil prices, Saudi Arabia, the top supplier of crude oil, has had robust economic growth this year following its recovery from the effects of the coronavirus-induced downturn in 2021.

Due to increasing oil prices, the kingdom’s economy expanded by 12.2% in the second quarter, marking the highest growth in more than a decade, according to data released last month by the General Authority for Statistics (Gastat). According to the most recent Gastat figures, the kingdom’s GDP increased by 2.2% from one quarter to the next.

In August, the International Monetary Fund predicted that the kingdom’s economy would expand at its most robust rate in a decade this year and could rank among the fastest-growing economies globally.

The International Monetary Fund stated in its World Economic Outlook report in July that it is anticipated to increase by 7.6% this year, following growth of 3.2% in 2021. According to the World Bank, the country’s GDP will expand by 7% this year and 7.7% in 2023, according to Jadwa Investment.

After the Russia-Ukraine conflict erupted in February, oil prices spiked dramatically this year as supply fears grew. Prices have decreased, nevertheless, due to worries that a looming recession could reduce global demand.

According to the most recent data, the kingdom’s non-oil private sector business environment has also improved. S&P Global’s purchasing managers’ index for Saudi Arabia, seasonally adjusted, increased to 57.7 in August from 56.3 the month before, the uppermost reading since October 2021, as new business growth reached a 10-month high.

Our analysis indicates that the government’s planned revenues for 2023 are predicated on the assumption that Brent will trade at about USD 76 per barrel.

In response to potential changes in the local and international economies, the Finance Ministry stated that it was “basing the estimates of oil and non-oil revenues in the budget on conservative standards.”

Meanwhile, in 2022 and 2023, Saudi Arabia’s inflation is projected to be 2.6% and 2.1%. The ministry stated that the private sector “continues to contribute towards the extraordinary economic growth and increases job creation in the labour market.” The ongoing efforts of the administration to diversify the economy will help to increase non-oil earnings.

According to Al Rajhi Capital, the budget surplus is projected to be less than the original expectation of 293 billion riyals because the government reduced the expectations for 2022 expenditure to 1.13 trillion riyals from 955 billion previously disclosed. Because increasing spending will help economic growth, “we view this as a positive sign.” 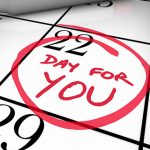 Kuwaitis & expatriates in oil industry can now ‘sell their leaves’ 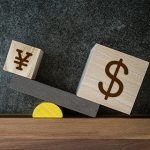 Weak Yen to hurt Japan in the long run?