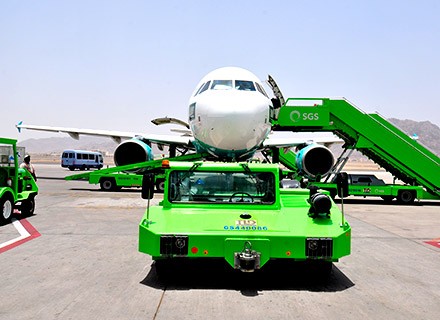 Millions of Muslims travel every year to Mecca, with a considerable number travelling to Saudi Arabia by air. Saudi Ground Services this year has outdone its capabilities by enabling the smooth passage of more than 1.2 million pilgrims to Mecca

Saudi Arabia, which is an economic leader in the Middle East, also houses Mecca, the holiest city for Muslims across the world. The Hajj pilgrimage is a mandatory duty for all Muslims, with financial and physical might, to be carried out atleast once in their lifetime.

According to the government of Saudi Arabia, more than three million people performed the hajj in 2012, and numbers are only rising every decade. Majority of the travellers are from the Middle East and North Africa region, states research.

A religious trip of this magnitude requires skilled coordination at multiple levels, especially for the travel and tourism industry. In Saudi Arabia – the site of all the action in September when the 2018 Hajj pilgrimage took place – this endeavour was taken up with fervour and accomplished competently by Saudi Ground Services.

How SGS accomplished this mammoth task

The ground handling services company successfully enabled the transport of 1,242,833 pilgrims, and handled nearly 2,593,786 pieces of luggage during the Hajj season that concluded in September 2018. 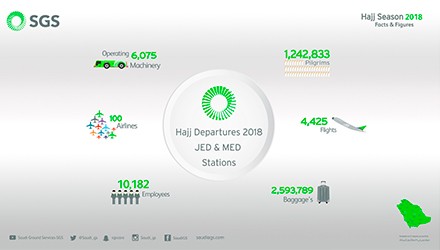 SGS, which is the leading ground handling services provider in the 27 airports across the Kingdom of Saudi Arabia, dedicated all technical and manpower resources to serve and facilitate outbound flights upon the pilgrims fulfilment of the Hajj rituals serving 1,242,833 Pilgrim on board 4,425 HAJJ Flight while handling approx. 2,593,786 pieces of baggage.

SGS CEO Eng. Omar Bin Mohammed Najjar expressed his sincere appreciation to everyone’s participation and efforts to the successful accomplishment serving the guests of the Tow Holy Mosques for 1439H Hajj season, Eng. Najjar added “ with blessing of “Allah” then the efforts and perseverance of SGS employees and our partners in success from Airlines and related government agencies we have successfully concluded 1439H Hajj Season by finalizing planned operations pilgrims departure phase.”

Saudi Ground Services Company has started implementing (INFORM) system, in conjunction with the second operation phase and with the addition of 5 more new local destinations at the new King Abdulaziz International Airport.

As a result, SGS began using modern technology to develop its operations, the system serves the station and ramp staff in terms of operation management and scheduling of employees. Moreover, it organizes the administrative effort and helps in completing the tasks at the specified times.

On this occasion, Mr. Abdulrahman Al-Omi, SGS Director, Jeddah Business Unite, said: “The implementation of INFORM has been completed at the KAIA Terminal 1 (Jeddah new airport). This is the first step in a series of new applications to cope with the new airport and the increasing number of flights. INFORM system facilitates the scheduling of staff and equipment on flights and follows the variables of arrival and departure of flights accurately and thus contribute to operational efficiency utilizing resources in a professional manner.”

“With the increasing number of flights at the new airport, we are always ready to provide state-of-the-art ground handling services with international standards, where the capabilities of the employees have been developed with a new vision to cope with the transformation phase,” he added.

After the successful experience of Inform during Hajj season, the company applied it at the new KAIA airport and planning an implementation roadmap in the rest of the Kingdom’s airports where SGS operates.

The Hajj pilgrimage receives patronage from the Saudi Arabian government, with heightened assistance in issuing visas. However, the ground handling efficiency at airports can be a demanding task given the number of pilgrims travelling to Mecca every year. And this is where SGS has proven to be an able aid to the government and pilgrims to ensure a safe and smooth passage to one of the holiest sites in the world. 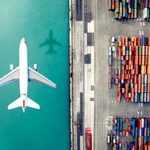 Logistics: The next wave of innovation in e-commerce 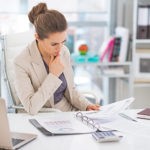 Gen Next Traders on the Block