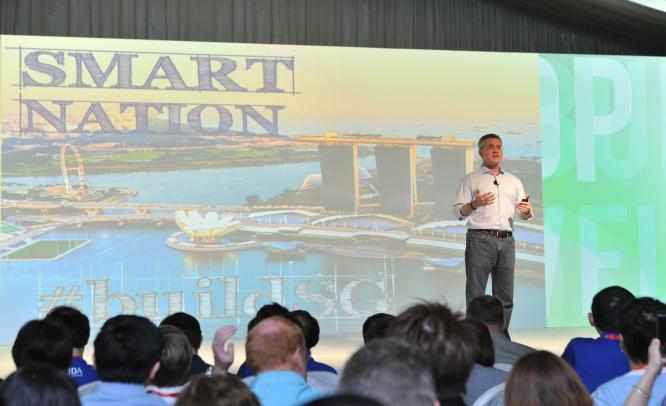 The aim is to be a smart nation within 10 years Suparna Goswami Bhattacharya April 10, 2015: Steve Leonard, the executive deputy chairman of Infocomm Development Authority (IDA), Singapore’s technology development arm, is a busy man. After all, it cannot be any different when you have been bestowed the responsibility of making Singapore a smart nation by Prime Minister Lee Hsien Loong. Leonard chooses not...

The aim is to be a smart nation within 10 years

April 10, 2015: Steve Leonard, the executive deputy chairman of Infocomm Development Authority (IDA), Singapore’s technology development arm, is a busy man. After all, it cannot be any different when you have been bestowed the responsibility of making Singapore a smart nation by Prime Minister Lee Hsien Loong.

Leonard chooses not to think about the 10 year deadline that came with the responsibility. “The entire process is a journey. It is not as if I am stopping after 10 years. We have to continue to make progress even after 10 years,” he says.

“There is involvement of the ministry of health, the ministry of education, various universities, investors and startups in the project. We are all working together to make this dream a reality. It is a very ambitious as well as a challenging project,” remarks Leonard.

Like every developed nation, Singapore faces the challenges of an aging population and rising urban density. “Hence, things like remote diagnostics etc become very important. Fifteen years down the line, there might not be enough hospital beds for patients. More often than not, patients can be treated at home if technology is used properly. The hospitals can be used only for emergency cases.”

DNA sequencing, for instance, can help individuals get personalised medication. After all, the way a person’s body reacts to medicines can differ. The vision is to provide healthcare in a manner that is unique and personalised. “We do not want to restrict ourselves to just providing a self-driven ambulance — something that is perceived as the only thing under smart healthcare. Obviously that is important, especially for the elderly who are staying alone at home. But we want to think beyond that.”

And Leonard wants to extend this attitude to other verticals as well. The nation wants to use analytics to gauge the demand for buses before deploying them on the streets. For instance, if there are 10 people in different locations wanting to go to a particular destination, a bus can be sent to these places. This could reduce congestion on the roads.

Another priority for the nation is to build energy efficient buildings. “The aim is not to build huge power generating plants. We are a small island. Hence, we would rather have buildings which are energy efficient.” Since more than 80% Singaporeans stay in public housing, the task of smart housing for the government becomes all the more easier.

And central to this plan is proper connectivity via internet with every citizen irrespective of the place they are in Singapore. “When I say good connectivity, I don’t mean social media. I mean better access in public utilities. As of now, connectivity is a problem in underground train tunnels or third level basements. There are remote places in Singapore which have poor connectivity.”

The project has generated interest from investors around the world. It is an ambitious which runs the risk of getting outdated because technology is at the core of things. But Leonard feels that once people accept technology being a part of their everyday life, they will also accept technology changes easily. “We want to use international standards and we are open to changes in technology.” Many labs are being opened to test parts of the plan.

Leonard is confident that Singaporeans will respond well to the project. “It is all in the mind. When ATMs were introduced, people were suspicious and I am sure minor security issues were involved. But today, things are different. Now one does not even think about these things. I am sure not too many years from now, remote healthcare and smart transportation will not seem strange,” he remarks. 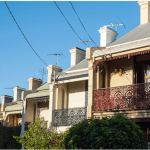 Is residential property the right investment for you? 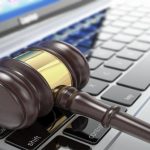 ‘Some lawyers are already using wearable technology in their practices’