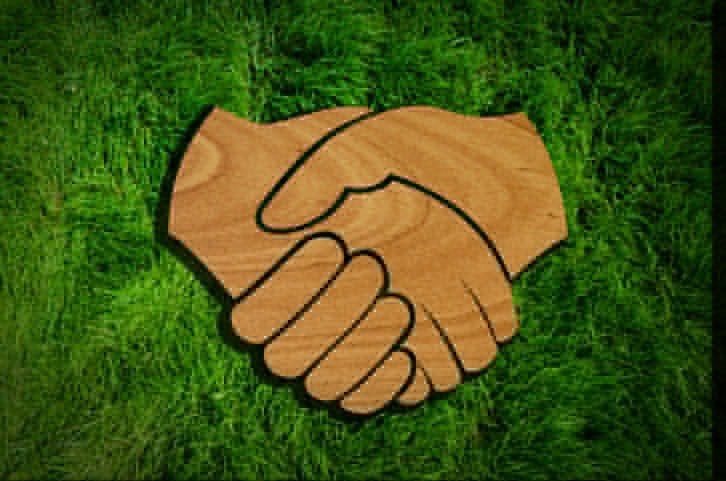 Following are UN Secretary‑General António Guterres’ remarks at the high-level event on the twenty‑third Conference of the Parties to the United Nations Framework Convention on Climate Change (COP23), in Bonn, Germany, today:

I thank Prime Minister [of Fiji, Josaia Voreqe] Bainimarama for his remarks.  And I want to congratulate him for his remarkable Presidency of COP23.  My sincere gratitude for the excellent work that Fiji, the Government of Fiji and yourself, Prime Minister, have done.  And you are right.

We need more ambition.  We must go further and faster together.  It is fitting that this year’s conference is led by Fiji, a nation on the frontlines.

In the battlefield, when the frontline is decimated, the whole army is lost.  And the same would happen to the planet with climate change.  Floods, fires, extreme storms and drought are growing in intensity and frequency.  Atmospheric levels of carbon dioxide are higher than they have been for 800,000 years.  Climate change is the defining threat of our time.

Our duty — to each other and to future generations — is to raise ambition.  We need to do more on five ambition action areas: emissions, adaptation, finance, partnerships and leadership.

First, reducing emissions.  The latest UN Environment Programme Emissions Gap Report shows that current pledges will only deliver a third of what is needed to stay in the safety zones of the Paris Agreement [on climate change].  The Global Carbon Project reported earlier this week that 2017 will see the first increase in CO2 emissions in three years.

The window of opportunity to meet the 2°C target may close in 20 years or less and we may have only five years to bend the emissions curve towards 1.5°C.  We need at least a further 25 per cent cut in emissions by 2020.

Yet, there are also encouraging signs of progress.  For years, many insisted that lowering emissions would stifle growth, and that high emissions were the unavoidable cost of progress.  Today, that dogma is dead.  We are beginning to decouple emissions from economic growth.  Massive economies such as China and India are on track to surpass their Paris pledges.  Carbon markets are growing and merging.  The green bond market is expanding.

It is crucial for all countries to follow through on their Paris commitments.  The agreement itself calls for raising ambition and so I urge you to use the 2020 revision of the nationally determined contributions to close the 2030 emissions gap.

The second area for greater ambition is adaptation.  Mitigation is essential, but climate change is already upon us and will only worsen in the short term.  It is essential that we adapt and that we strengthen resilience.

The Green Climate Fund can play a catalytic role on this, and I appeal to its members, especially donor nations, to bring this mechanism fully to life.  I have also asked the UN system to promote adaptation and resilience efforts at the country level.

I commend the 2015 pledge by G7 nations to provide insurance against extreme weather events for 400 million more vulnerable people by 2020.  And I welcome the announcement here in Bonn, led by the Government of Germany, to “fast‑forward” this ambition.

The insurance industry itself has long sounded the alarm about climate change.  The industry is keen to promote coverage for people at risk and it is pressing business and Governments alike to figure climate shocks into their planning, policies and operations.  I will do everything to facilitate these efforts.

Third, finance.  Greater ambition on emissions, adaptation and resilience is inextricably linked to funding.  We need to mobilize the agreed $100 billion annually for developing countries.  Upholding this promise is essential for building confidence and trust.  It is crucial for enabling all countries, but especially the most vulnerable, to face inevitable climate impacts and to grow their economies cleanly.

In addition, markets can and must play a central role in financing a low-carbon, climate-resilient future.  Yet, markets need to be reoriented away from the counterproductive and the short-term.  In 2016, an estimated $825 billion were invested in fossil fuels and high-emissions sectors.  We must stop making bets on an unsustainable future that will place savings and societies at risk.

Earlier this year, a report by the Organization for Economic Cooperation and Development showed that bringing together the growth and climate agendas could add 1 per cent to average economic output in the G20 countries by 2021.  If we add the economic benefits of avoiding the devastation of climate change impacts, gross domestic product in 2050 would soar by 5 per cent.

Infrastructure investment will be crucial.  The world should adopt a simple rule: if big infrastructure projects are not green, they should not be given the green light.  Otherwise we will be locked into bad choices for decades to come.

Investing in climate-friendly development is where the smart money is headed.  I welcome the initiative of President [Emmanuel] Macron to convene the “One Planet” summit next month to focus on financing.

I will be working to scale up international financing in renewable and energy efficiency projects to reduce at least 1 gigaton or more of carbon emissions by 2020.  The formation of a clean energy investment coalition, as proposed by Denmark, is an idea worth pursuing.

We should also work with greater determination towards carbon pricing.  This is a key instrument for driving down greenhouse gas emissions.  More than half of the nationally determined contributions to the Paris Agreement cite the need for carbon pricing.  Last year, carbon pricing initiatives generated $22 billion.

Growing carbon markets in Europe and North America, and China’s expected announcement of one of the world’s largest emissions trading systems, are a good sign.  But, to meet the Paris goals we need at least 50 per cent global coverage and a higher price on carbon to drive large-scale climate action.  I urge G20 countries to set a strong example.

The fourth ambition action [area] is partnerships.  The dramatic steps we need require action coalitions across all key sectors and by all actors.  Partnership — with the private sector, local and regional governments and civil society — will make or break efforts to implement the Paris Agreement.  In particular, the only way to keep below 2°C and as close as possible to 1.5°C is to mobilize the private sector to move on an energy transformation.

With government incentives, such as clean energy and transport policies, business can move the markets to promote the green economy we need.  We need to engage global technology giants, the oil and gas sector and the automotive industry so their business plans are consistent with the Paris goals.  And we need to engage the agricultural and forestry sectors to ensure climate-friendly land use.

But, we must engage all actors — national, regional and local governments, philanthropists and investors and consumers — in the transformation to a low-emission economy.  Cities and civil society can and must play a crucial role in bringing about this fundamental shift.

Next year, the Governor of California and my Special Envoy Michael Bloomberg, together with Anand Mahindra, will bring together cities, States, businesses and citizens’ groups to encourage further commitments from these vital actors.  One can see action everywhere, at all scales, at all levels, involving an ever wider landscape of actors and institutions.  Let us build on this momentum.

Fifth, we need heights of political leadership.  Solutions to climate change will enable us to meet many of the goals of the 2030 Agenda for Sustainable Development.  I encourage you to be bold in your deliberations and decisions here in Bonn and at home.  By embracing low-carbon climate-resilient policymaking, you can set the world on the right path.  And where you lead, business and civil society will follow.

In September 2019, I will convene a climate summit to mobilize political and economic energy at the highest levels.  More immediately — in this twentieth anniversary year of the adoption of the Kyoto Protocol and the twenty‑fifth anniversary of the adoption of the Climate Change Convention — I call on all relevant nations that have not done so to ratify the Doha Amendment.  I also call on world leaders to ratify and implement the Kigali Amendment to phase down the use of hydrofluorocarbons, which destroy the ozone layer.

I can think of no greater way to show your people that you care for the well-being of your citizens than to claim the mantle of climate leadership.  Show courage in combatting entrenched interests.  Show wisdom in investing in the opportunities of the future.  Show compassion in caring what kind of world we build for our children.  As a former politician myself, I have no doubt that in today’s world, this is the path to progress today and a meaningful legacy for tomorrow.

Ultimately, there is only one ambition that matters — to build a secure world of peace, prosperity, dignity and opportunity for all people on a healthy planet: sustainable and inclusive development.  The world counts on your wisdom and foresight.  Thank you very much. 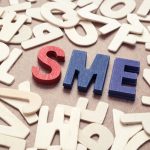 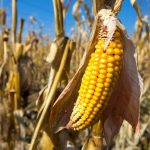