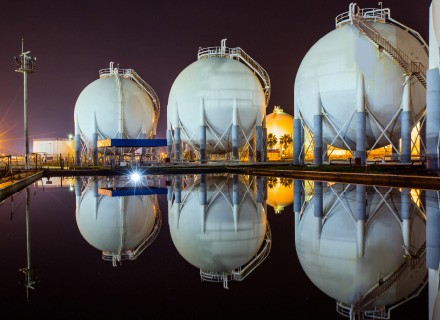 There is insufficient Liquefied Natural Gas storage capacity, particularly in Europe and Asia

The energy shock that’s occurred this year is the worst to hit the world since the 1973 and 1979 oil crises that shook Middle Eastern part of the world.

Similar to those previous disasters, it is expected to cause immediate suffering while ultimately transforming the energy sector.

As a result of rising fuel and power costs, the majority of the world’s economies are experiencing slow development, lowered living standards, inflation, and a vicious political backlash.

However, the long-term impact is far from certain. Inefficient government action could trigger a return to the use of fossil fuels, making it much more difficult to stabilize the climate.

Instead, they must travel a risky route that combines energy supply security with climate security.

What was formerly predicted in Europe like a nightmare of icy midwinter evenings has now emerged as a July fever dream. The Spanish gas demand has reached almost record levels due to the hot wave. But at the same time, Russia started to reduce the flow of gas through the Nord Stream 1 pipeline to Western Europe. Due to this course of action, the prices have skyrocketed by 50% and sparked concerns that rationing would be implemented later this year.

In other countries, Americans spend USD 5 a gallon of gasoline (EUR 1.25 per liter), feeding the inflation that polls show is Americans’ top concern and President Joe Biden’s biggest challenge. The power market in Australia has failed and also there are deficiencies and fragility everywhere you turn.

Political catastrophes can result from energy shocks. Rising fuel and power prices may account for one-third of the 8% inflation rate in the wealthy world. Families who are having trouble making ends meet are feeling the heat and are angry about having to go through the situation. This is leading to policies that try to protect them and increase the development of fossil fuels.

Joe Biden, who won the presidency on a platform of a green revolution, intends to suspend petrol taxes and visit Saudi Arabia to urge it to increase the production of oil.

Europe has subsidies, price limits, emergency windfall levies, and more. In Germany, coal-fired power plants are being revived as well. Contrary to what those worried about the environment had expected, state-run mining companies in China and India are extracting record amounts of coal.

Although this improvised chaos is reasonable, it could be dangerous since it could delay the shift to renewable energy. It will be challenging to end tax incentives and public subsidies for fossil fuels. The owners would have greater motivation to fight against the phase-out of fossil fuels if they owned dirty new power stations and oil and gas fields with 30 to 40-year lifespans. Governments must concentrate on solving the major issues the energy industry is facing even as they involve in fire-fighting.

Finding a way to speed up fossil fuel projects that have an artificially shortened lifespan of 15-20 years, especially clean natural gas projects, is a top priority in order to align them with the goal of drastically decreasing emissions by 2050. There is insufficient Liquefied Natural Gas (LNG) storage capacity, particularly in Europe and Asia, which must gradually wean themselves off Russian gas and coal, respectively.

The trick is to convince businesses to support short-lived programmes. As an option, the governments and energy grids may provide guaranteed contracts over this time frame that ensures a satisfactory return with the awareness that capacity will be shut down early. Another is to promise eventual state support to make these projects cleaner, for instance, by utilizing carbon capture and storage.

This does not imply a global push toward renewable energy, which has thus far been the best part of the world’s generally poor response to the climate catastrophe, should be slowed down. Every kilowatt-hour of solar energy delivered into the electricity grids in Europe means one less that comes through a Russian pipeline.

The governments must also enhance the capacity, reach and storage capabilities of their grids and also remove the obstacles that play a key role in making it harder to add renewable capacity than it should be. The power grid’s design and markets are squarely a matter for governments and are often entrapped in 20th-century thinking.

According to the Technology Quarterly reports, 21st-century thinking turns on new ways to supply resilient grids with the zero-carbon firm power that makes reliance on renewables effective and safe. Hydrogen extraction from water using renewable power or extraction from natural gas using steam in emission storage facilities may be significant.

Atomic enthusiasts who concentrate on the environment often focus on innovative but unproven small-scale nuclear facilities. What counts more is to enhance the building of big ones.

The report from Finland states that the governments must win support by exhibiting that there is better protection against mishaps and new ways to store waste, especially where there is coordinated and strong anti-nuclear opinion. The voters need to be told by the politicians that their desire for an energy transition that eschews both nuclear power and fossil fuels is a destructive illusion.

Making the market predictable is the last necessity. Given that energy markets in the 20th century had to face situations like wars, coups, revolutions, increasing Chinese demand, and new technologies, that may seem strange.

However, the climate transition has increased further while also calling for a considerable increase in investment. The International Energy Agency estimates that yearly investment must treble to USD 5 trillion annually in order to achieve net-zero emissions by 2050. The possibility exists that this most recent crisis and the disorganized government reaction to the crisis may make investors more cautious.

To boost investment, one must avoid gimmicks like green washing, protectionist attempts to establish local green supply chains, and absurd bans on gas projects by banks.

Instead, it will be required to gradually increase the measures while having more confidence in the kind and duration of the energy sources that may be utilized.

The massive energy shock of 2022 will be a catastrophe. Better government policy at this time might also stimulate the necessary investment to resolve the conflict between having a safer energy source and a cleaner environment.

What does the current global energy crisis mean for energy investment?
In addition to creating a serious humanitarian crisis, Russia’s invasion of Ukraine has had deep effects on the world energy system, disturbing patterns of supply and demand and shattering decades-old trade relationships.

Prices of energy have increased for many consumers and businesses globally, harming households, industries, and entire economies. This is very much true in developing nations where people have the least financial means to pay for it.

Additionally, it poses a risk of derailing attempts to address the urgent problem of cutting greenhouse gas emissions globally swiftly enough to prevent catastrophic climate change. One cannot allow the fight against climate change to fall victim to Russian hostility once more.

Russia’s unruly actions have substantially complicated the situation for investors, governments, and businesses as they try to decide which energy projects to support, finance, or develop due to the global energy concern and market turbulence they have caused.

World falling short on climate goals and energy supplies
The world was far from meeting its common energy and climate goals even before Russia’s invasion of Ukraine happened. In 2021, the world’s CO2 emissions peaked, and the fuel markets were already beginning to collapse.

The world must solve this challenging issue if it is to have any hope of keeping global warming to 1.5 °C. At the same time, investment in clean energy technology has remained considerably below the levels required to bring emissions down to net-zero by mid-century.

In November, positive steps were taken at the COP26 Climate Change Conference in Glasgow. There has been an increase in the amount of clean energy spending in the government’s economic recovery, but the level of policy and investment efforts worldwide that is required to move us onto a net-zero pathway is yet to be witnessed.

Companies, investors, and governments all need to do be contributing much more and at a faster pace in order to bring clean and affordable energy into the system.

As Nigeria looks to several sources to end its intractable power supply crisis, stakeholders are working out solutions that if adopted by the federal government, will help solve the problem.

As part of their contribution towards solving Nigeria’s electricity crisis, Sterling Bank Plc and Stears Data recently released a report, which advocated the adoption of renewable energy as a viable solution to complement domestic and commercial supply

The report showed that despite the privatisation of Nigeria’s electricity industry, the country still has one of the lowest electrification rates in the world as 43 per cent of its population have no access to grid electricity, an indication “that 85 million Nigerians are not connected to – and cannot receive electricity from – the Nigerian transmission grid.”

Grid-supplied electricity
According to the report, Nigeria’s grid-supplied electricity is grossly insufficient, thereby making the country to have the largest electricity access deficit in the world. Nigeria’s electricity supply value chain is broken into generation, transmission and distribution. The entire value chain used to be controlled by a state-owned facility, National Electricity Power Authority (NEPA) from 1972 to 2005, until the Power Holding Company of Nigeria (PHCN) was formed to transition to unbundling and privatising components of the power supply companies and form successor companies that will handle distinct parts of the value chain: generation, transmission and distribution with the aim of creating smaller, nimbler and more efficient corporations. 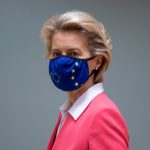 Is the EU risking its climate goals to defeat Russia? 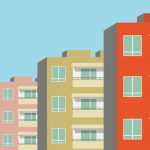