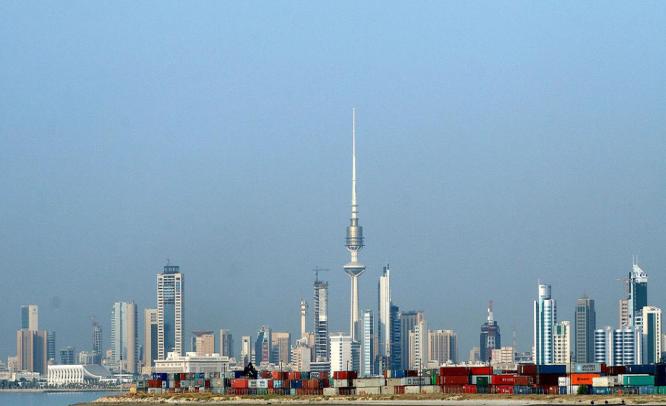 The oil rich country’ real estate sales grew by 72 percent year- on- year in September , as its residential and investment segments recovered following a fall in sales in the previous months. 18th September 2013 Kuwait is classified as a high income economy by the World Bank and designated as a major non-NATO ally of the United States of America. Petroleum products contribute for...

The oil rich country’ real estate sales grew by 72 percent year- on- year in September , as its residential and investment segments recovered following a fall in sales in the previous months.

Kuwait is classified as a high income economy by the World Bank and designated as a major non-NATO ally of the United States of America. Petroleum products contribute for nearly 95 percent of export revenues and 80 percent of government income, it also the eleventh richest country in the world with income per capita and has the highest human development index in the Arab world.

The oil rich country’ real estate sales grew by 72 percent year- on- year in September , as it’s residential and investment segments recovered following a fall in sales in the previous months. As per statistics available from National Bank of Kuwait its residential sector experienced a growth of 35 percent in sales to hit KD $ 191 million as of June. According to Ayoub Al Taher, a Kuwait based real estate agent, the volume of property sales should increase further by the end of September, and prices are expected to remain at high levels. The residential sector has been driven by first time home buyers, as it has been for quite some time in Kuwait, another reason for the boom in the real estate sector is due to the low cost of construction materials and higher government spending which includes state backed housing developments. Lending activity is consistent with growth in the market, housing loans climbed up from 6.9 percent y-o-y in May, compared to the 6.4 percent raise in overall credit, as per data obtained from Kuwait Finance House at the beginning of August. Total outstanding property loans were valued at $ 25.6 billion as of the end of May, however, there are certain challenges faced by the developers and potential home owners such as the shortage of land, with prime lots at a premium. Much of Kuwait is either unsuitable for construction or in areas that do not appeal to home owners, there have been calls to the government to free up more land for development and cater to the growing need for medium and low sized housing.

The growth of real estate in Kuwait over the past decade can be attributed to huge oil revenues, high standards of living and political stability, the sector has expanded at a compounded annual growth rate (CAGR) of 5.6 percent from 2000 to 2007 and 2007 in particular contributed to 3.9 percent of GDP, however, in 2008 the housing market collapsed due to the global financial crisis, between 2008 and 2009 the total volume of real estate transactions fell from 6166 units to 4586 units, a decline of 25.6 percent. Many real estate firms with investments in domestic and international markets have undergone debt restructuring to avoid defaulting on their obligations. Firms are counting on rental incomes to increase their profitability, for example Salhia Real Estate Company and the United Real Estate Company saw 55 percent and 85 percent of gross profits come from their rental business in 2010.

Despite major setbacks following the global economic crisis in 2008-09, the market recovered in 2010-11, the Kuwait Financial House reported that the total value of real estate transaction was estimated to have risen by 5.3 percent by 2011. The positive trend in the real estate market will continue in the longer run due to a young population, half of Kuwaiti nationals are under the age of 25, although home financing has become restrictive since the global financial crisis, Kuwaitis continue to enjoy generous, tax free salaries from the government, which employs majority of resident nationals.

The Kuwait Real Estate Summit 2013 which was slated to be held on the 17th and 18th of this month has been postponed due to an investigation pending on Turkish real estate companies.  The summit was organized by International Real Estate Management Association (INREMA) and the Dubai based AYN Group of Companies, the summit also received the backing of the Turkish government which wanted to promote its law on reciprocity to expand its real estate sector globally. The Turkish government had also announced incentives to Turkish companies to promote themselves abroad by financing half of the $ 25,000 registration fee of the participating companies in the summit. In a written communication to the organizers of the event Kuwaiti authorities said some investors had been victims of fraud, Kuwaiti buyers who had made the down payments for properties in Turkey were unable to recover their money. The investigation is being carried out to protect the interests of Kuwaiti real estate buyers, who make a large number of property investments abroad, the ministry further said only authorized and trusted companies will be allowed in the summit. 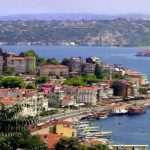 Romania has a great advantage on developing countries: It is part of the most important economic club in the world, the EU