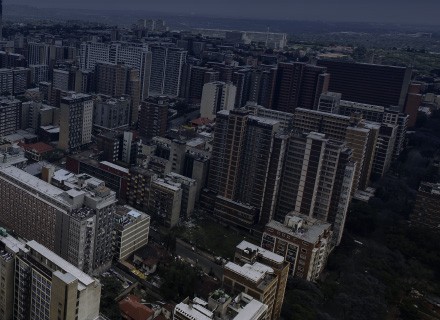 South Africans are struggling in the dark to cope with increased power cuts that have hit households and businesses across the country. The rolling power cuts have been experienced for years, but in 2022 the country’s state-owned power utility, Eskom, extended them so that some residents and businesses have gone without power for more than nine hours a day.

According to experts, a strike by Eskom workers added to the utility’s woes including breakdowns of its aging coal-fired power plants, insufficient generation capacity and corruption.

The prolonged power cuts are hitting South Africans in the winter months of the Southern Hemisphere when many households rely on electricity for heat, light and cooking.

Small and large businesses have had to close down for prolonged periods or spend large amounts on diesel fuel to operate generators. Anger and frustration is widespread among business owners and customers at the power cuts, which Eskom calls load shedding.

The country is looking to increase power production from solar and other renewable sources. Hilton Trollip an energy expert said, “The big picture is that we were at least expecting (heavy power cuts) this winter”.

“Eskom told us at the end of last year that there was a chronic power shortage…What that means is that until we have a substantial amount of extra generation on the grid, we will continue to be at the risk of load-shedding at any stage. The question then is how bad will the load-shedding be?,” he added.

He lamented the impact of the blackouts on the economy. The power cuts are costing South Africa well over $40 million per day and deterring investment, say, economists. South Africa’s economy, Africa’s most developed, is already in recession and is suffering a 35% unemployment rate.

Buhle Ndlovu, a teacher at a nursery school in Soweto, Johannesburg’s largest township, said the power cuts increased her costs to run the school.

“We cater to about 40 children here. We need to feed healthy meals to them daily. At the rate we charge we can’t afford to take on additional costs to buy gas in order for us to cook. Loadshedding has really made it difficult for us”, Ndlovu said. She said it is a challenge to take care of children by candlelight until parents come to pick up their kids well after dark.

Eskom chief executive Andre de Ruyter said at a press conference that the crisis was receiving serious attention and that he had personally briefed President Cyril Ramaphosa about what the company is doing to keep the lights on.

Load shedding will affect either all or part of a grid – and there has been some debate about whether electricity is rationed on an equitable basis, with evidence to suggest that load shedding is unevenly allocated.

One study, for instance, found that in Karnataka, India, rural and non-urban feeders experience more load shedding than urban feeders serving cities like Bangalore, the state capital. And even within the same city, different groups may be rationed different amounts of power for political, ethical or commercial reasons. For example, utilities may provide higher service levels to feeders serving embassies, hospitals, and districts with a high number of commercial and industrial establishments. There may also be areas that receive better service due to political connections or bribes.

A team from the University of California, Berkeley, is studying different feeder lines with different levels of priority in Accra, Ghana, as part of the Energy and Economic Growth-funded GridWatch project. The team has identified priority feeders designated as ‘Exempted Essential Feeders’ that have experienced significantly less load shedding than other feeders. For example, in 2015, some customers experienced an average of 120 hours of load shedding per month, while others experienced an average of only 19 hours per month, depending on the feeder they were connected to.

In 2021 Ramaphosa offered an action plan to develop additional power generation capacity in the short to medium term. The government announced eight successful bidders for gas, wind and solar projects under the 2,000 megawatt Risk Mitigation Independent Power Producer Procurement Programme. In theory, bidders are required to be able to generate electricity by August 2022. But given that solar and wind farms typically take two years to become operational, the stipulated roll-out time is too short. Most of these projects will only be supplying the grid in 2023.

The Renewable Energy Independent Power Producer Procurement Programme is a mechanism initiated 10 years ago under which private developers competitively bid for the rights to construct new electricity generating plants and then sell the electricity to Eskom at predetermined rates.

The programme successfully established South Africa’s renewable energy sector through three bid windows. But it stalled after 2015 when these new technologies began to threaten the interests of politically well-connected interest groups in the coal and nuclear sectors. Projects for a fourth bid window finally received clearance in 2018 following the departure of former president Jacob Zuma, but enthusiasm for renewables has waned again under the current Minister of Mineral Resources, Gwede Mantashe.

The long-awaited fifth round has just been announced after inexplicable delays. Prospective solar and wind farm developers have until August 2021 to submit bids for projects generating in total 1,600 MW of wind and 1,000 MW of solar capacity.

The successful bidders may be announced before the end of the year but will need to demonstrate financial closure before starting to construct facilities. Renewable builds typically take about two years to complete. This means the round five projects are likely to come into operation only in 2024. That is two years later than set out by the 2019 national electricity plan.

The 2,600 MW added to the system in round five are with intermittent technologies. They only function when the sun is shining or the wind is blowing. They will therefore only be adding, on average, slightly under 1,000 MW. That is too little to overcome the existing power deficit.

The last (2019) installment of the South African Integrated Resource Plan for Electricity envisaged between 1,600 MW and 2,600 MW of renewable capacity added to the grid almost every year from 2022 to 2030. With the existing delay, the process to effect upcoming annual additions must be accelerated.

But an early catch-up is unlikely, because the minister only committed to one further renewables round, of the same scale, “within the next 12 months”. It’s therefore expected that future rounds will only happen annually, with no more than 2,600 MW being rolled out each time.

At that rate, the wind and solar power contributions to South Africa’s electricity will remain below 10% of the national total for several more years. Renewables won’t make a decisive impact to alleviate the country’s power shortage for at least five years.

In addition to the emergency and new renewable rounds, Minister Mantashe has also announced that procurement for 1,500 MW of new coal plants and 3,000 MW of gas plants will begin soon.

In view of their role in global warming, sentiment against new coal plants is now so strong that investment in such projects is extremely unlikely. Nuclear plants are not seen favourably globally either because of their high building costs and a reputation for severe construction delays. Gas is viewed as more attractive, but is an expensive energy source that is mainly envisaged as a backup for emergency situations. None of these technologies offer rapid solutions.

It’s not expected that sufficient alternative power sources will be operational until about 2026. Power cuts look set to stay for the coming years.

On the positive side, this is likely to act as a catalyst for growth in small to medium-scale solar installations. These may take the form of domestic rooftop installations or even mini-power plants on the roofs of shopping malls or adjacent to mines and industrial plants. Municipalities will also soon be able to set up their local power generation facilities. So some may escape the power cuts earlier – but investment in such solutions is only for those who can afford it. 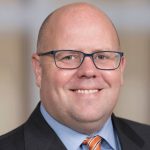 Some of the best entrepreneurs started later in life: Alex McKelvie 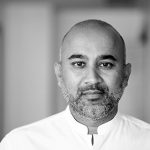