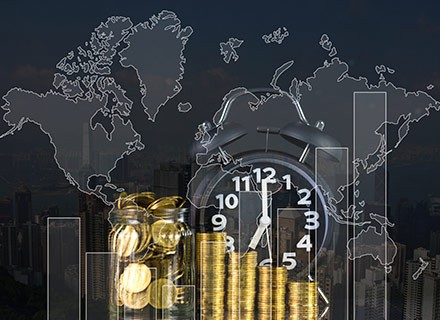 Despite sukuk’s ongoing instability in GCC countries this year, there is a resurgence of interest across 18 African markets. What does this mean to the largely underbanked Muslim population in these markets?

It seems nearly certain now that the global green sukuk for this year has become a huge concern for GCC countries: whether the market can continue to stage its extraordinary performance from 2017—as the report titled Global Sukuk Market Outlook: Another Strong Performance in 2018? points out. The latest documentation for concern pointing to last year, where sukuk issuance increased by 45.3% had resulted in $97.9 billion, which rose by $67.4 billion in 2016.

More specifically, in the first half of 2018 the sukuk issuance dropped by 15.3% by comparison with the same period last year. The question now confronting the GCC countries is—what this means to this year’s slowdown and the declining demand for funds: It seems the ‘absence of major issuances from the GCC countries seen in 2017’ is the chief reason to conclude in an unexpected decline. S&P Global Ratings Head of Islamic Finance, Dr. Mohamed Damak told Gulf News: “In the second half of 2018, we expect sukuk issuance volumes will continue to be slowed by the global tightening of liquidity conditions as well as by lower financing needs of some GCC countries as a result of oil prices stabilising at higher levels.”

“Overall, we think that the liquidity channelled to the sukuk market from developed markets will reduce and become more expensive.” Along the same lines, ”the US Federal Reserve is expected to hike its federal funds rate by another 50 basis points (bps) in the second half of 2018 after the two increases of the first half, while GCC central banks will probably mirror such an increase due to the fact that their currencies are pegged to the US dollar,” reported Gulf News.

“Currently, European and USbased investors account generally for about one-quarter of sukuk investment in terms of volume. At the same time, muted economic growth and declining lending activity in the GCC has shifted banks’ focus to capital market activities in hopes of achieving higher yields than with cash and money market instruments,” Damak remarked. Indeed, if there is one highlight to be noted from this unforeseen market drop: it is how jumbo issuances of some GCC countries have dominated the market, and, of course, the irksome impact these countries have on sukuk as a result of muting demand for funds. For example: Kingdom of Saudi Arabia, in particular, raised the highest share of sukuk worth $27 billion, which underpinned last year’s sharp increase in issuance. It shows that a decrease in demand for funds from GCC governments and corporates will hugely affect the ‘jumbo local and foreign currency issuance from the region’.

This brings us to other countries now. In understanding S&P’s global study on sukuk market, Malaysia is no different. In total, S&P expects the country’s volume of issuance to range between $70 billion and $80 billion this year, again in comparison to last year’s value at $97.9 billion. However, analysts say the country will continue to brace its market growth because of the government’s support toward Islamic Finance.

In apparently significant numbers, Islamic Finance is becoming quite popular across Africa because of increase in demand for funds, and investors have slowly become comfortable with Sharia-compliant products, observed Moody’s report. It is understood that Africa’s prominent Muslim population, which is largely underbanked is hoped to better the chance for Islamic banking assets which currently ‘represent less than 5 percent of total African banking assets’.

Nevertheless, “The number and size of Islamic banks in Africa will increase,” Nitish Bhojnagarwala, senior credit officer at Moody’s, said. Although the African banking sector has ‘witnessed an increase in the number of licensed Islamic banks in recent years’, its Islamic bonds constitute only 0.5% of the global sukuk market. Akin Majekodunmi, vice-president and senior credit officer at Moody’s, said: “The desire within Africa for stronger investment links with the fast-growing economies in the Gulf and Asia that have large Muslim populations with large pools of capital will help drive the issuance of sukuk on the continent.” The continent has raised $2.3 billion, since 2014. At a glance, “both sukuk issuance and Islamic banking assets’ are expected ‘to continue to grow quickly in Africa from a low base.”

But this is not it. For now, Moody’s has identified 18 countries with good potential for Islamic Finance growth including Egypt, Morocco, Algeria and Tunisia. 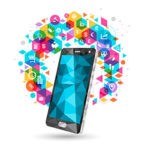 The backbone of change in banking 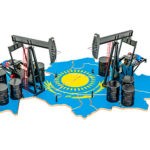 Kazakhstan has come to understand the necessity for a diverse economy